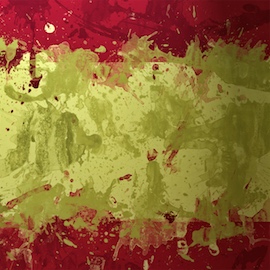 A summary of the most relevant investments, acquisitions and news of the Spanish startup ecosystem in the firs half of 2015. 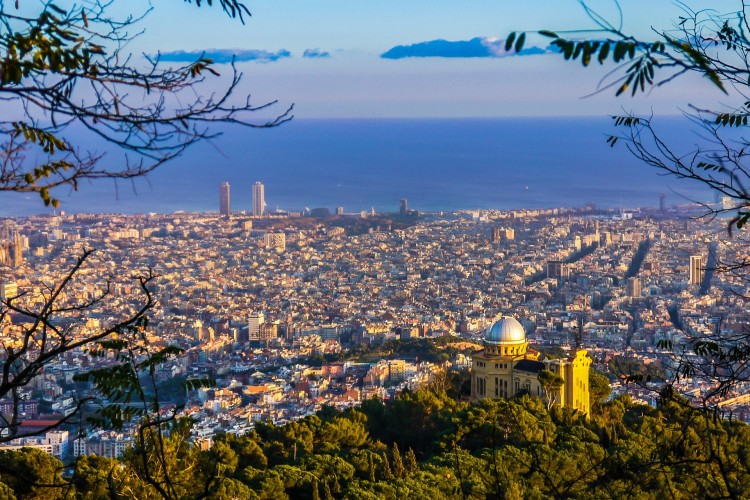 Since August is just around a corner and most people go away for a few days, we thought it would an appropriate time to take a look at what has happened in the first half of the year in Spain.

If today’s investment pace continues, 2015 most likely will be a record year in the young history of the Spanish startup ecosystem. According to Venture Watch (report), local technology companies raised €200 million in the first six months of the year. This represents 62% and 80% of all equity investments in 2014 and 2013, respectively.

This analysis from Venture Watch (VW) doesn’t include Wallapop’s €100 million round led by Fidelity, which apparently has been confirmed by the firm itself but not by the company. Had the deal been fully confirmed, the aforementioned growth figures would have been much higher.

VW did include in its report Olapic, the online marketing startup co-founded by two Spaniards but based in New York City.

It’s worth remembering that, although these numbers and percentage increments might seem high, they’re still relatively small compared to other ecosystems like the UK, Germany, France or the Nordics.

These were the 10 largest investment rounds of the first six months of the year. 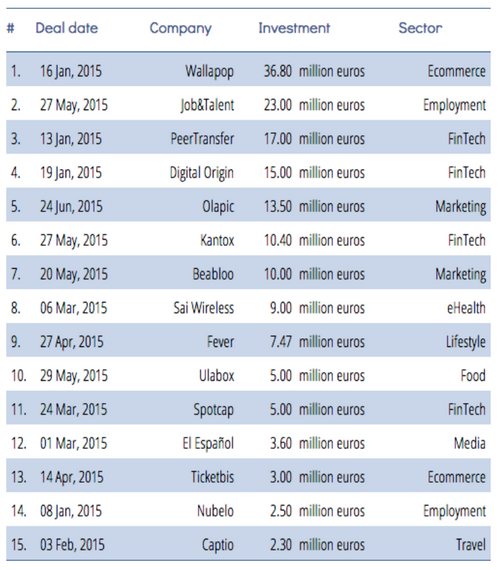 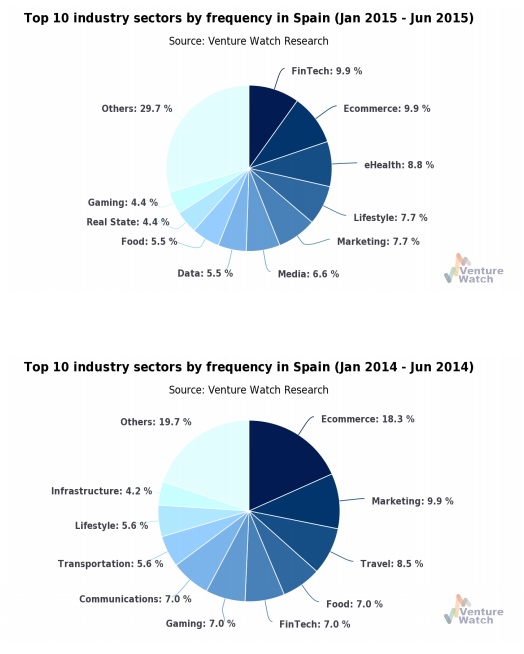 For a long time, the Spanish tech sector that attracted most investment was ecommerce. In part due to the nature of the ecosystem and also because there were not many VCs and business angels willing to invest in other riskier and capital intensive industries.

This is slowly changing, and these days there are a significant number of entrepreneurs building SaaS, fintech or pure software startups and investors backing these ventures.

Fintech serves as an example. In the first half of 2015, startups in the financial services sector received almost 10% of all euros invested in Spain. 3 of the top-6 rounds in H1 2015 were fintech (Kantox, peerTransfer, Digital Origin).

On the fintech front, it’s also worth noting that two of the world’s biggest banks, BBVA and Santander, continued to be quite active with various initiatives related to the startup world:

The bank led by Francisco González participated in the following rounds:

BBVA Ventures, which is based in San Francisco, is also considering opening an office in London, according to Financial News.

Although BBVA is considered by many as one of the most forward thinking banks in the world when it comes to tech and startups, Santander has also made significant changes lately that point to a much bigger interest in the sector.

Besides the two largest banks in the country, others like Banco Sabadell or Bankinter were also quite active in H1 2015, mostly with the BStartup10 accelerator program and direct investments, respectively. 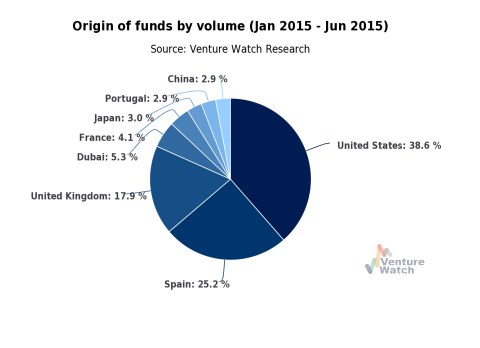 US and UK-based VCs have accounted for more than half of all euros invested in Spanish startups. Again, this is closely related to the fact that growth capital in the country is less than abundant and when companies reach certain size, they often knock on the doors of foreign investors.

The cases of Wallapop, Digital Origin or Kantox are clear examples of this.

On the other hand we have Jobandtalent, which has become the largest local startup to have only raised Spanish capital.

Tracking startup acquisitions is always tricky, since the most interesting details of these deals are often not disclosed. However, exits are what really move the needle and, sometimes, create wealth for founders and investors.

These were the most significant Spanish startup acquisitions in the first half of 2015:

These are some additional relevant articles that we’ve published over the past few months.