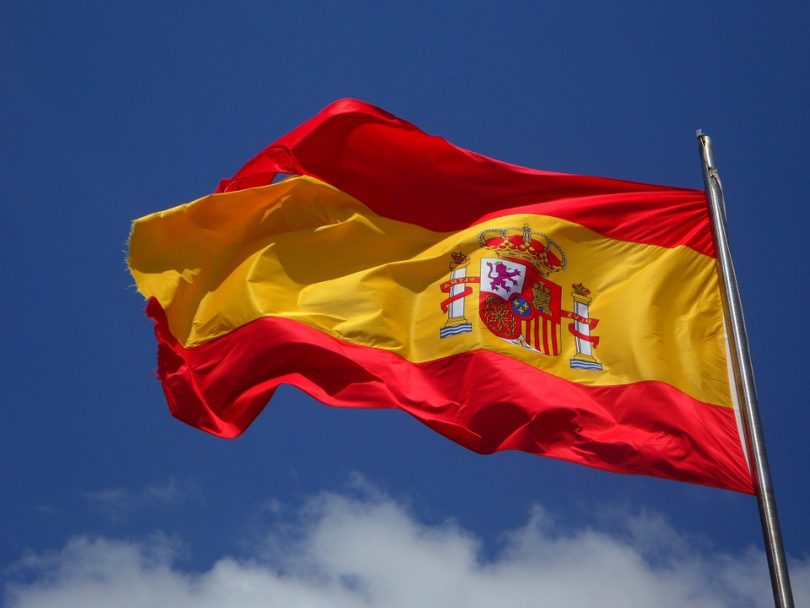 The Horasis Global Meeting brings together 600 world leaders in business, politics, and academia, including 15 from Spain (and one robot), May 5-8 in Cascais, Portugal.

As someone who advises world leaders in business, politics, and academia, Dr. Richter spends 80% of the year traveling the world, creating long-term relationships with global policymakers that have the power and influence to transform society.

In an interview on The Sociable, Richter remarked that one of the most memorable and inspirational people he’s met throughout the years was King Felipe VI of Spain when he was the Crown Prince.

“His Majesty is a remarkable person having a broad education and equally broad administrative experience which he now applies to his statehood responsibilities becoming more involved in daily government activities than expected of a modern king. His wisdom is now needed as populism is pressing in the provinces,” said Dr. Ricther.

Representing Spain at this year’s Horasis Global Meeting are 15 leaders in business, politics, media, and academia, along with one robot named Pepper.

Here are the delegates along with brief intros on the topics that they’ll be discussing and chairing this weekend in Cascais, Portugal.

Change has marked the last few years in stocks, pervaded by unprecedented upheavals and lowering yields. Where are stock markets headed, and what does that mean for you? Panellists are asked to discuss market buoyancy and potential economic futures – and to offer five predictions for the short and the long term.

Successful start-ups need to have more than just good ideas – they need to accept mentoring across many business facets. How to leverage corporate partners and government support in the scaling of start-ups? And what is Portugal’s and other countries’ experience?

Entrepreneurs can rebuild the vitality of businesses and institutions to sustain national life-forces and economic growth. How to spur the renaissance of entrepreneurs and innovators? And how to create an environment that makes entrepreneurship inclusive, maximizing its benefits to society?

Global economic growth is rising amid sound consumer confidence and favourable financing conditions. How can strong economic growth counteract geo-political stress, advancing the state of human mankind? How to translate this new optimism into long-term sustainable development within and between nations, beating the naysayers?

Europe at the Tipping Point

Europe faces critical times. Despite all populist challenges the economies of the EU are growing and Brexit might be absorbed by continental Europe. How can Europe build on its erstwhile unity? Where will Europe and the Euro be in ten years from now?

Responding to the Rise of Populism

In several elections the forecasting pundits have been wrong and an outsider party has gained many votes. One result of the political change is a lack of policy directives potentially delaying capital investment in businesses and
stalling innovation. Can businesses agree sufficiently robust rules to inspire their future, generate growth, and defeat populism?

Nations differ in their ability to compete in the international arena. How can nations manage their competencies to achieve long-term growth, generate jobs and increase welfare? And what are the key drivers of competitiveness in the long run?

Economic prosperity and social cohesion are not one and the same any more. What can leaders do to bridge the growing political, economic, social and technological divides? And what does it take to be a responsible and effective leader in both business and society?

Leading into the Digital Future

Digitization will change the way we work, live and interact with one another. Anticipating and implementing these changes will require leadership but also vision. How will successful businesses and societies look like in the future? And how can we shape global systems to navigate widespread digitization?

Computer Hacking was a Game – Now it Can Topple Governments

As the worlds of commerce, industry and politics rely more on interlinked digital systems hacking and digital infiltration becomes simpler with potentially deadly results. How should we protect ourselves, our data, and our identity? What aspects of our lives are most at risk from digital spies?

Reflect on the Story of Your Life

In your past something or someone gave you inspiration to be who you are. Many are fearful of dynamism and breaking with their safe tradition – will your story inspire them to be freely entrepreneurial? What were the barriers to be overcome? What did you gain?

Ignacio Pérez Díaz, Member of the Board, La Zagaleta, Spain.

Technology advances at a rapid pace often crossing national borders offering abundant opportunities for start-ups. How can we measure their viability? Are banks and venture capitalists ready to embrace cross-border risks in new marketplace innovation hubs?

The ancient mariners were brave – going where no one had ventured. We must now emulate them to chart the forces and cut through complexity. Which global mega-trends will shape the future? And what are the future products, industries and related investments?

The past decades have seen continuous conflict across the region and it is the ordinary people who suffer. How can business and government leaders leverage momentum for long-term peace and stability in the Middle East? And what are the prospects for the region’s global trade and investments?

Innovation in health-care is advancing globally, offering transformative change. In an aging society we might consider better palliative care most important – but are there other areas that offer better prospects? How may our planet and we become more resilient?

Entrepreneurs and policy makers alike have determined innovation as the global economy’s growth engine. How to develop and leverage new breakthrough technologies? What institutions and policies are needed to enable innovation to grow beyond geographical and mental borders?