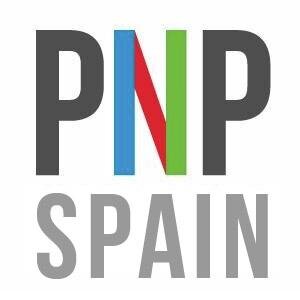 Plug and Play Spain and Banco Santander will launch a startup accelerator program for fintech companies. Applications are currently open and the program will start in February 2016.

Plug and Play Spain, the Valencia-based branch of the Silicon Valley accelerator, has just announced the launch of a fintech program with the participation of Banco Santander.

The program, which is currently accepting applications, will start in February 2016 and is aimed at financial technology companies at different stages of development. “We’re not necessarily looking for early stage startups that need to be accelerated”, Plug and Play’s Juan Luis Hortelano told me. “The idea is that the startups selected can take advantage of the Santander connection and also of PnP’s Silicon Valley demo day”.

This is not the first fintech vertical launched by the US accelerator. In previous occasions it has partnered with Deutsche Bank, Citi or Capital One for similar programs. Santander was already a partner of Plug and Play in the US.

The fintech startups chosen by Plug and Play Spain will coexist with the rest of the companies in the batch, but will be able to attend specific mentoring sessions and workshops from industry personnel. The companies will stay in Valencia throughout the program -which lasts 4 months- and will also be allowed to stay at Santander’s offices in Madrid.

In a statement, Plug and Play says that “chosen projects will be eligible to receive funding from PnP and participate in pilot programs with Santander”. Asked about this, Hortelano told me that their intention is to “financially support participating fintech startups that are at a pre-seed or seed stage”. With more mature companies, the accelerator is open to negotiating specific terms and conditions. “For example, advisory shares for those that are mature if we can help them in their US expansion or to find the right partners”, he said.

Santander, in theory, won’t invest in the companies.

As head of Santander UK, Ana Patricia Botín launched Santander InnoVentures, a London-based $100 million fund to invest in fintech startups. So far, the bank has invested in iZettle, Cyanogen, MyCheck, Ripple and Kabbage.

Following the death of his father, Ana Patricia Botín took over the global institution and has pushed hard to install a digital-first mentality in the bank.

“I think of digital as a means to an end: How do I service and get more loyal customers: how do I achieve operational excellence and how do I change my culture?”, she recently said in an interview with the Financial Times. “Those are my three building blocks and if you think about it, digital comes into it in every single one of them.”

Ms Botín also said that she considers Apple, Facebook, Google and Amazon as the companies that pose a bigger threat to the bank’s business. “These big four guys, they are worth more than us, they have more cash and they have less regulation”.

Besides investing in the aforementioned companies, Santander has also backed money-losing machine Monitise and launched a €24 million incubator with the help of the UK company.

The bank has yet to invest in a Spanish fintech startup.