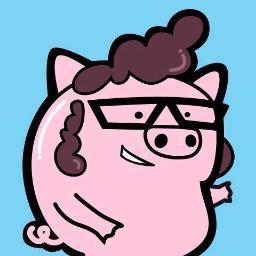 More acquisitions in the ecommerce space in Spain: live shopping site Oooferton has been acquired by French ecommerce giant Pixmania.

Live shopping company Oooferton has been acquired by Pixmania, the French ecommerce giant. Terms of the deal were not disclosed and both parties declined to reveal the price of the acquisition.

Oooferton was founded in 2009 by Sergi Rodríguez and Luis Krug, becoming one of the first live shopping companies to launch in Spain. To this day the company has focused on offering visitors three daily deals within the consumer electronics sector (and other verticals), following a business model that was popularized by Woot in the late 2000s in the US.

According to official numbers shared by the company, Oooferton had a “comfortable” EBITDA in 2014 and “seven-digit” revenues. Co-founder Luis Krug tells Novobrief in an email that the plan is to double sales in 2015.

The acquisition comes at an interesting time, as the daily deals sector in Spain starts to collapse and as Pixmania tries to right its ship. The French company, which was owned since until 2006 by British giant Dixons Retail, was sold two years ago to Germany’s Mutares following losses of almost €40 million in 2013.

Asked about Pixmania’s intentions, Luis Krug, says that they plan to “integrate Oooferton’s data base” and that their model “could be expanded and replicated in some of Pixmania’s core markets”. Assets acquired by Pixmania include Oooferton’s team, “process structure” and logistic warehouse in Spain.

It’s worth mentioning that both companies had been partners since 2014 and that Luis Krug served as Pixmania’s interim CEO from April to December 2014. From now on, he’ll sit on Pixmania’s board and focus most of his efforts on ecommerce platform Incubout.