After having its first $100 million month ever in December, Kantox has just announced that it has surpassed the $1 billion mark, quickly becoming one of the largest fintech companies in Spain 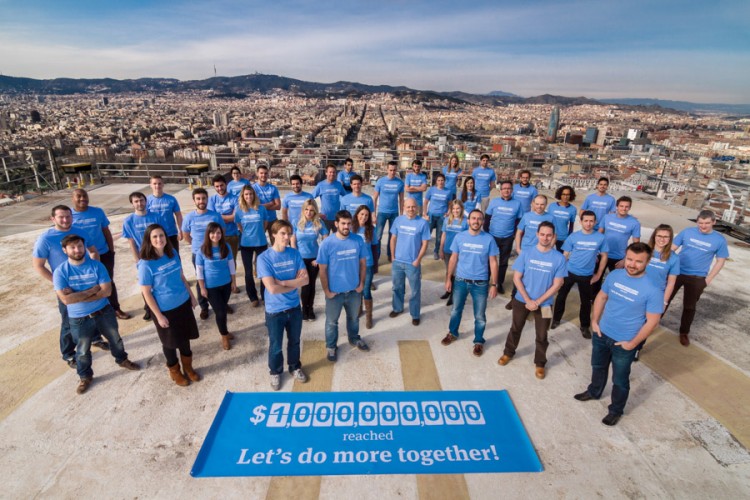 Barcelona-based Kantox, the company founded by Antonio Rami, Philippe Gelis and John Carbajal in 2011, continues its quest to become one of the de facto platforms for companies that need to exchange currencies. After having its first $100 million month ever in December, Kantox has just announced that it has surpassed the $1 billion mark, quickly becoming one of the largest fintech companies in Spain.

Kantox claims to have more than 1,000 clients in 20 countries that currently exchange 35 different currencies. The company offers SMEs and mid-cap companies with a transparent solution to manage and exchange foreign currencies based on a P2P model.

According to the startup, companies that use its platform instead of traditional banks for currency exchanges have saved up to $15 million to date. Co-founder Philippe Gelis has said numerous times how banks are far from transparent in this type of deals, charging consumers and companies hidden fees that end up amounting to vast sums of money over the years, creating significant opportunities for fintech companies like Kantox (or Valencia-based peerTransfer and TransferWise) to offer a better and cheaper solution.

The company raised €6.4 million in 2014 from French VCs Partech Ventures and IDInvest Partners (local players like Cabiedes & Partners, François Derbaix or Carlos Blanco are also investors) and it has grown quite a bit since then, focusing on establishing its position in Europe and reformulating its platform.

“Technology alone is not enough to innovate in the financial services space”, Antonio Rami says in a statement. “You need to develop tools that simplify the life of financial departments. That’s our objective and what we’re trying to do at Kantox”.

The 50-person company is preparing to expand to other continents as it continues to exchange money left and right. “We’ve exchanged $100 million in each of the last couple of months”, says Marek Fodor, chairman of the board. “And if keep it up we’ll exchange another $1 billion this year alone”.