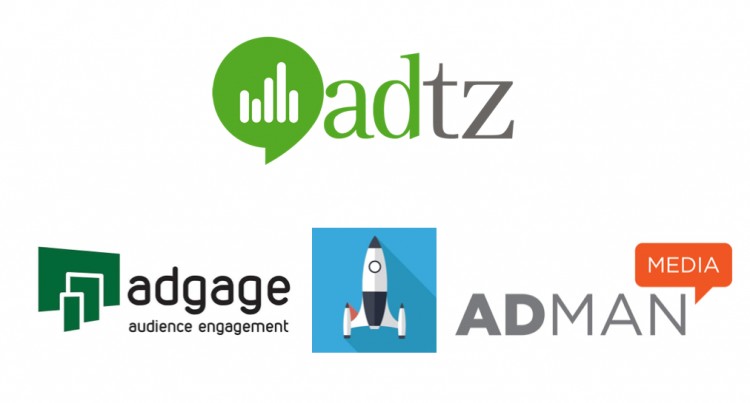 Following the acquisitions of social media marketing startups SocialMoov and Makemereach, ADTZ’s co-founder Juan Domínguez explained in this very same medium that they were working “very hard” to strengthen their market position and enhance their portfolio. At the time, few imagined that this meant investing in small marketing startups that have built complementary products to ADTZ’s.

Led by Ignacio Rodes and launched in 2014, RocketROI’s software helps advertisers optimize SEM campaigns. Both ADTZ and RocketROI had been working together for quite a while, and this relationship will continue to expand as a result of ADTZ investing €500,000 (which includes a loan from ENISA) into the Barcelona-based startup.

Adgage, which specializes in mobile advertisement, was also born around the same time as RocketROI and is now partly owned by ADTZ, following the acquisition of a 51% stake in the company.

The trifecta is completed by ADTZ buying a “relevant stake” in the Latam subsidiary of content marketing agency Adman Media.

“The idea behind this strategy is to sell fully integrated marketing solutions”, Juan Domínguez tells us. “We’re not going to focus exclusively on agencies -although they will continue to be very important for us- because there’s a significant and growing number of Internet companies in need of services like ours, which allows them manage three different marketing channels (social, video, mobile) from one single platform”.

Covering all online marketing areas means that competing with powerhouses like Kenshoo and Marin Software, which acquired SocialMoov and Makemereach, respectively, is now a possibility. “Our main goal at the moment is to be more international than ever and to compete head to heath in the industry”, Juan says.

ADTZ, which was born in 2008, employs more than 70 people and has yet to raise money from institutional investors, had revenues of €21.5 million in 2014 (+54% YoY) and expects to reach €37 million this year. “This is our estimate for 2015, not taking into account the investments that we’ve just made and other deals that might happen in the near future”, Juan explains.

It’s not very common to see Spanish technology companies invest in smaller startups in order to grow, usually opting instead to build products internally. Ticketea, which acquired Telentrada, Telemaco and the remaining assets of Berlin-based TodayTickets, comes to mind as another example of this strategy.

“To cover the complex needs of clients you have to have knowledge in multiple areas”, Juan says. “You can achieve this by either buying companies -and you need cash and very strong teams to do that- or by following our model, which is to approach smaller companies with humility and by avoiding the temptation or feeling of thinking that you can copy them in six months and asking them to join us for the ride”.

What’s ADTZ pitch to get them to join?

“A bit of cash for product development and hiring, the possibility of launching in new markets where we already have a presence and a big suitcase full of lessons learned over time and by making mistakes. If we get together with smart people and with our same passion, we think we can go further than if we try to do it by ourselves”, Juan concludes.