The two most well funded startups in the mobile marketplace space are both from Spain: Letgo and Wallapop. How are they both doing in their objective of conquering the US market? 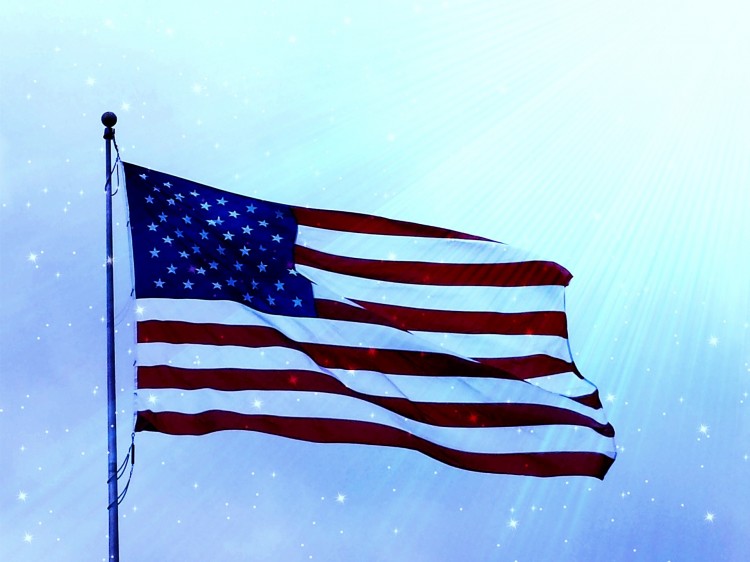 By the time mobile marketplace app Letgo announced that it had raised $100 million from Naspers in September, Wallapop had amassed a war chest of almost $150 million, had millions of downloads in various European countries and was already present in the US.

Both from Barcelona, Wallapop and Letgo are the two most well funded mobile shopping startups in the world, something that has not been seen before when it comes to Spain’s role in the technology landscape. OfferUp, its Seattle-based competitor, has raised $90 million according to Crunchbase.

The two Spanish companies share a lot of common traits and the idea and functionalities they offer are pretty similar: a marketplace of buyers and sellers and a wide catalogue of secondhand products that are arranged based on the user’s location, promoting in-person transactions instead of the shipping of items to different countries of cities.

Both companies share another significant characteristic too: the US as their main target market.

As Agustin Gomez, Wallapop’s CEO, once told me: “The US is the key market for us, and that’s the one we really want to win in”. Enrique Linares, co-founder of Letgo, also admitted to having the same objective in a recent email conversation with Novobrief: “The US market is fascinating and unique. It’s a very sophisticated market, with high quality expectations. But it’s also a very interesting market due to the willingness of its users to try new things. It’s honest and receptive”.

With significant cash in the bank (or not anymore depending on the burn rates of each startup, which some sources say is between $5 to $10 million per month), both Wallapop and Letgo have entered into a competitive fight against each other and against OfferUp to conquer a market of more than 350 million avid consumers and shoppers.

Both companies are spending significant sums of capital in mobile ad campaigns and in TV ads that are shown on American TV on prime time, which has translated in a significant surge of app downloads and an uplift in the iOS App Store rankings.

What’s interesting is that, despite Letgo entering the competition later than both Wallapop and OfferUp, it seems to be increasing at significant pace.

Wallapop, Letgo and OfferUp in the US iOS App Store

The graph below shows iOS App Store rankings for the US over the past two months (since the beginning of September) in the overall and lifestyle categories. 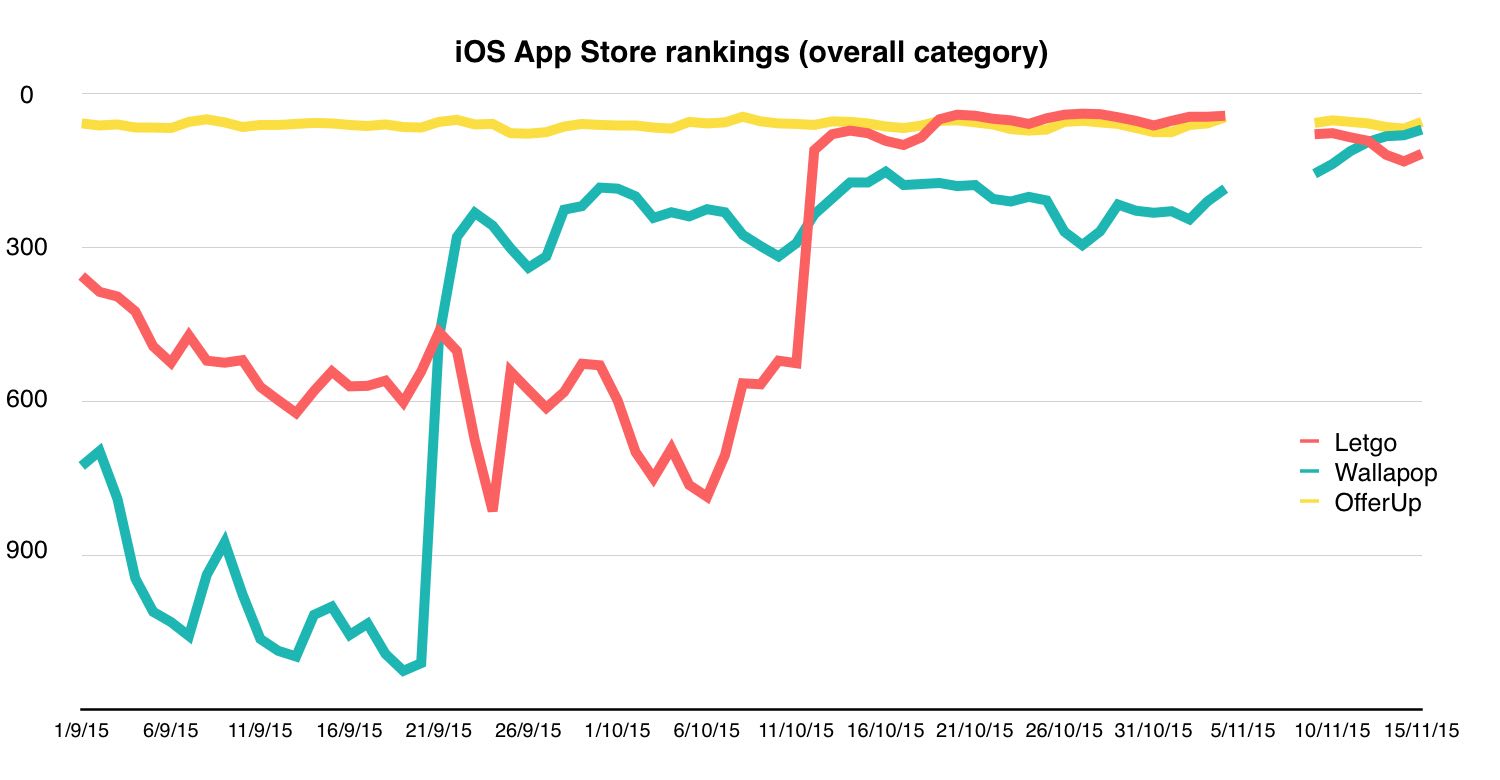 Both Wallapop and Letgo’s surge in the US rankings has been impressive, and while the latter was third in place for various weeks, since mid-October it’s increased its position notably, reaching the top-100 for various consecutive days in the overall category.

In recent days, however, Wallapop has once again positioned itself inside the top-100 while Letgo has dropped significantly. OfferUp, on the other hand, has remained quite stable over the past few months.

In the lifestyle category things look quite different, as Letgo has been in the top-5 since late October and Wallapop has ranked below 20. OfferUp continues to remain where it has been for months. 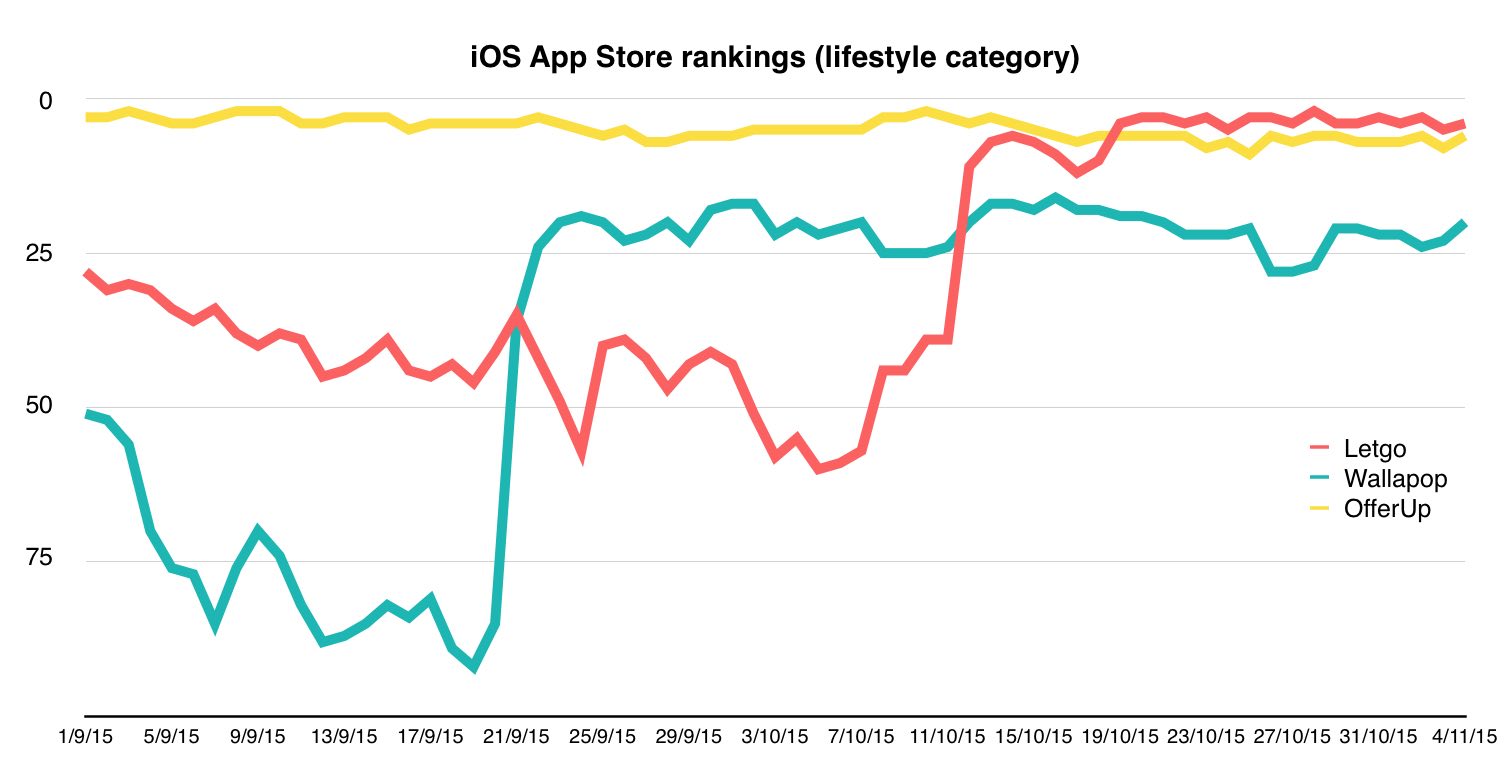 On November 6th Apple moved all three apps to the shopping category, probably in preparation of the holiday season and in an effort to promote certain types of apps that fit this time of the year better than others. 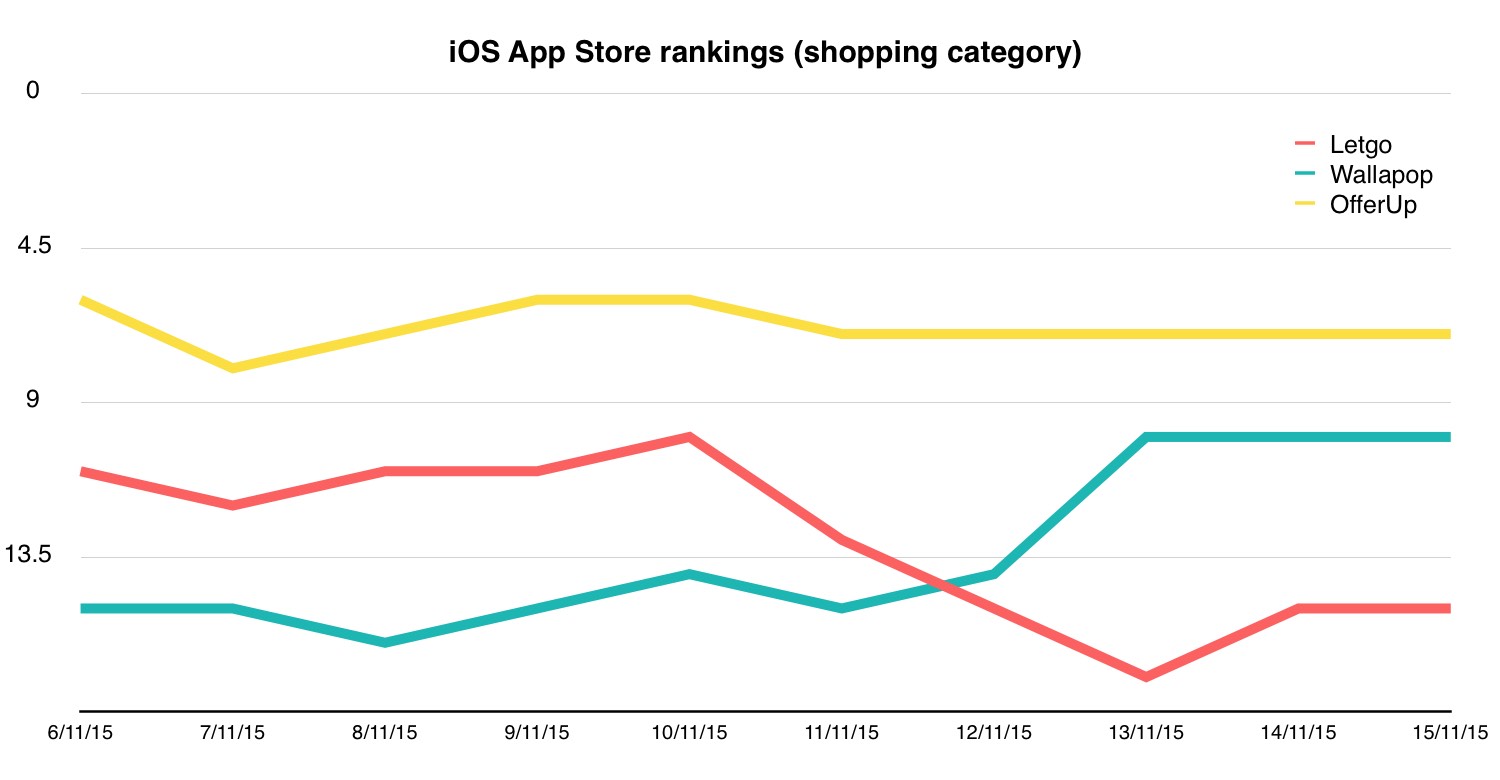 The sample is too small to draw conclusions in this category, but OfferUp is the only of the three to be able to be in the top-10, while Wallapop and Letgo both rank significantly lower.

These type of rankings are not conclusive, but they do represent an interesting way to follow the development of this sector over time. We’ve only used App Annie’s iOS ranking data due to the US being an iPhone-driven market.

Disrupting eBay, Craigslist and others

eBay and Craigslist represent the to-be-disrupted companies in the space, as consumers are increasingly looking to buy and sell products in their vicinity using their smartphones instead of hundreds of miles away. This would mean that apps like Wallapop, Letgo or OfferUp must reach critical mass in urban areas, where this type of exchanges are possible.

When asked about what makes Letgo different from its competition, Enrique Linares offered two responses that, while not totally convincing or conclusive, seem relevant: the brand Letgo, which means to get rid of stuff you don’t want, and the experience of the team behind the startup, which for many years worked at classifieds juggernaut OLX and served 240 million of users.

“The category of ‘next generation and app only classifieds’ is not yet mature. The space is large and nobody has positioned itself as clear market leaders”, Linares said.

The team’s experience with OLX could be important, or as we’ve seen in technology history many times before, the disruptor comes from a different sector and brings new ideas to market. Which is what Wallapop has done.

When Facebook recently began testing ‘Local Market’, a buying and selling community powered by Facebook groups, we asked Agustín Gómez what he thought about the move. “I think it’s fantastic and they’ve been testing similar ideas for a long time”, he explained. “This only confirms that we’re on the right path and that tech trends are leaning towards local experiences”.

OfferUp saw it first (2011). Wallapop next (2013) and Letgo was the last to join the party. The market is still up for grabs, but as it is often the case with marketplaces, winner-takes-all dynamics might leave the defeated wondering what do to next.