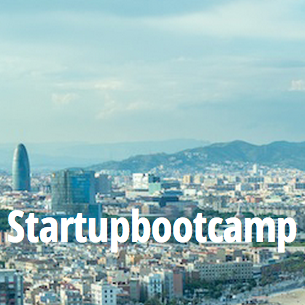 Startupbootcamp is back. The famous London-headquartered accelerator has announced the opening of a new branch in Barcelona that will focus on the hot sectors of Internet of Things and Big Data. Startups interested in participating can apply to the three-month program, which will start in January 2014 in the Catalan capital.

Startupbootcamp is looking for consumer and enterprise-facing companies, in an effort to take advantage of an increasing number of devices that are constantly connected. Andrew Shannon, Head of Global Operations, writes in a blog post that the pan-European accelerator is also interested in accelerating platforms that enable those kind of experiences and services.

Leading the the three-month will be Angel García (Lanta Digital Ventures, Fractus) as Managing Director, and he’ll be joined by Marcos Cuevas and Aldo de Jong, co-founder of Claro Partners. The startups accepted into the program will receive €15,000 in funding in exchange for 8 per cent of equity as well as office space in the Media-TIC building, right in the middle of the 22@Barcelona district.

As García writes, Barcelona is becoming more and more relevant in the IoT space. Yahoo, Telefónica/O2, Caixabank and Oracle already have various initiatives in the city and Cisco plans to open a Global Internet of Everything Innovation Center in the same district.

Startupbootcamp is not new to the country. In the summer of 2011 the company launched a program in conjunction with Okuri Ventures in Madrid, but various circumstances led to its closure after its first edition. The Spanish ecosystem is way more mature these days, so one can only hope that Startupbootcamp’s presence in the country will expand in future years.