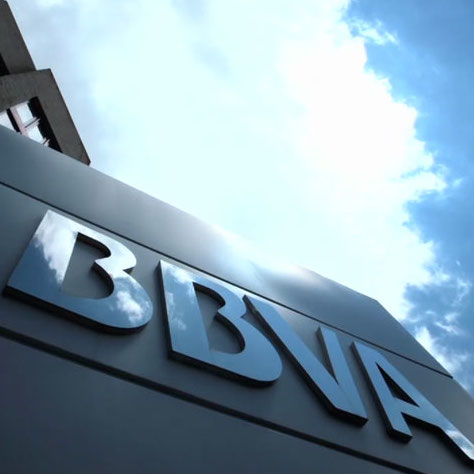 Most major banks have been actively investing in startups. BBVA is one of the main examples, having backed mPOS companies such as SumUp. The bank participated in SumUp’s latest round despite the bad news surrounding the startup.

In an article published on the Financial Times, BBVA’s CEO, Francisco González, claimed that “banks that are not prepared for such new competitors (Google, Facebook, Amazon) face certain death”, in an attempt to alert its colleagues of the challenges the traditional banking industry faces as technology giants enter the market.

The Spanish bank is considered by many the most forward-thinking bank in the country. They offer polished mobile apps, a good web service, it has recognized the need to attract outside talent via acquisitions -they bought Simple for $117 million in early 2014- and, as many others, it has its own venture capital fund that invests in fintech startups from all over the world.

BBVA Ventures was unveiled in early 2013 with the objective of investing up to $100 million in “startups looking to transform the financial services industry”. So far, the venture-arm of the bank has invested in Radius, SaveUp, SumUp and in firms like 500 startups and Ribbit Capital.

Of all of these, SumUp catches the eye. The Square clone and German startup was founded in 2011 in an attempt to disrupt the POS (point of sale) market, at a time when many other clones of the American company appeared all over Europe: iZettle, Spanish SetPay, Jusp or Payleven to name a few.

According to CrunchBase, SumUp has raised $33 million since it was founded in 2011 and BBVA Ventures has participated in its Series B and C, along with Groupon and Life.SREDA. Its latest round, of up to $13 million, was announced this summer in conjunction with another important announcement: Jan Deepen and Stefan Jeschonnek, two of SumUp’s co-founders, left the company.

Not much has been said officially about Jan and Stefan’s departure, but more bad news have surrounded the company in recent months. Following aggressive plans to expand internationally -SumUp is available in 14 markets in Europe and LatAm- the company closed its Dublin headquarters in May of 2014, firing 30 people in the process. Industry sources also claim that SumUp’s expansion plans in some markets have been reduced dramatically and the company seems to be betting its future on lowering its processing fees, something that competitors such as iZettle or Payleven have also done recently. In addition, the fact that most of its social media profiles have not been updated for weeks could also be interpreted as a negative sign of SumUp’s health.

However, BBVA continues to support the company with additional capital. A good bet? Only time will tell, but more and more it looks like Santander’s bet on iZettle was the right one.