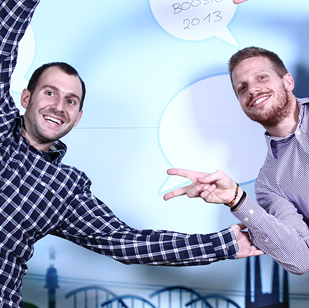 Worldcoo, a Barcelona-based startup that helps online stores donate money to nonprofits, has raised €120,000 from Ona Capital and Delta Partners.

Sergi Figueres and Aureli Bou are the founders of Worldcoo, a Barcelona-based startup that wants to help nonprofits raise money. Founded in 2012, the startup offers online stores and campaign managers the ability to integrate a widget and checkbox on eCommerce sites, adding €1 to the total price and forwarding the money to nonprofits after taking a 8% commission.

Worldcoo participated in the first batch of BStartup 10, the business accelerator from Banc Sabadell, and in recent months has helped finance six projects with a total of €18.084 from more than 6.800 backers. And to double down on the company’s development, Worldcoo has raised its first round of capital from institutional investors.

Delta Partners and Ona Capital have invested €120.000 in the startup, bringing the total raised by the startup to €230,000. In a statement, Worldcoo claims that the capital will be used to “accelerate business growth”, with the objective of being in 10% of all European eCommerce transactions and help 50 projects with their fundraising efforts.

“We offer our services to nonprofits”, Sergi tells me in a recent interview. “They pay us 8 cents for every euro we help them raise”. Although not strictly identical, Worldcoo faces competition from US Catapult and Charitywater. “We’re sure more companies will join the space soon, but we want to be faster and become the global leader”.