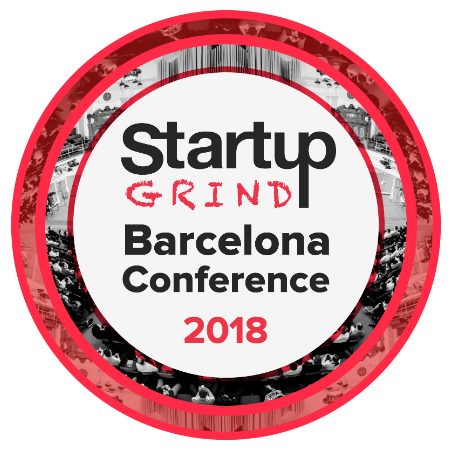 Startup Grind Barcelona returns November 13-14 after the huge impact of last year’s edition despite the political turmoil that took place in the Catalan capital.

For the organizers of Startup Grind Barcelona, their goal is to highlight the city’s startup success stories as well as put in motion new opportunities for companies from all over the world to set up shop or forge new alliances and investments in Barcelona.

In October of 2017 and with the political situation in Catalunya marked by instability, the Startup Grind Tech Conference was held in Barcelona, ​​reaping an absolute success.

In that first edition of the conference, on October 9 and 10, 2017, more than 700 attendees and speakers were present, such as Casey Fenton (Couchsurfing), Anne Driscoll (Startup Genome), Chris Schultz (Launchpad), Howard Love (Lovetoknow), Carina Szpilka (KFUND), and many more.

Two of the companies invited to speak in 2017 opened an office in Barcelona, and one of the main speakers started to invest in Barcelona-based companies. Startup Grind Barcelona organizers struck a deal with another company that is now actively investing and helping startups in the community to reach bigger and more global markets.

This year, on November 13 and 14, the annual Startup Grind conference focused on technology trends returns to Barcelona through the development consultancy MarsBased, which is positioned as one of the most active players in the local entrepreneur ecosystem with several initiatives in the form of events, training, mentoring, the creation of the startups directory in Barcelona, and a very active collaboration with organizations such as Barcelona Activa and Acció.

Organized by Àlex Rodríguez, CEO of MarsBased, almost 60 events have already been organized in just over four years. The Startup Grind Tech conference is the consolidation of a Startup Grind bet by the Catalan capital, after several years of being one of the strongest cities within the organization. Rodriguez was elected Director of the Year of Startup Grind in 2016.

The 2018 edition will attract more than 900 participants from different nationalities and close to 100 investors. It will seek to connect entrepreneurs and developers from around the world, offering informal talks (fireside chats), conferences and other formats, as well as a networking event.

Barcelona has positioned itself as a center for tech in the last years. Companies like Dow Jones, N26, Microsoft, Satellogic, Lovetoknow, Amazon, and many more have decided to create their development centers in Barcelona, thus attracting tech talent from all over the planet.

The main objective of Startup Grind is to demonstrate the potential of Barcelona, ​​expose its success stories, and facilitate the installation of new headquarters of multinationals where they can find interesting initiatives in which to invest and make alliances.