Are Spanish traditional banks making life difficult for fintech startups and its clients on purpose? How are they doing this? Philippe Gelis responds to these questions. 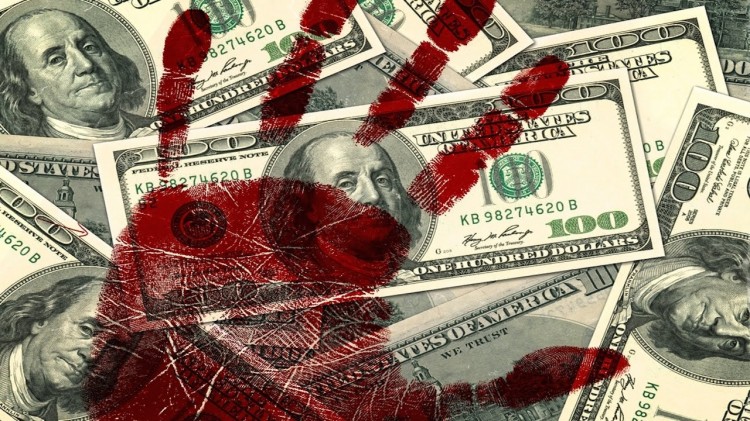 This is a guest post written by Philippe Gelis, CEO and co-founder of fintech and FX startup Kantox.

Day after day, when I explain what we do at Kantox, people ask me, “Banks are your enemies, then?” and I always reply: “Are we their enemy?”. We don’t consider banks as enemies. However, without any doubt, Kantox came about as an alternative to the bad practices of the oligopoly of traditional banking and its clientele abuse.

There is a relationship of competition-collaboration that, given the latest twists of the big financial companies, looks increasingly moving in the direction of collaboration. Perhaps, it is yet another example of the saying, “if you can’t beat your enemy, then join them”.

When the fintech phenomenon arose, banks laughed at us. We were some crazy insignificant people, waving the flag of transparency and armed with technology, fighting back against an archaic sector, more powerful than most governments. When their customers, the same people who they had rewarded with hidden commissions and with a good dose of the status quo, began trusting and recommending us, only then did they start paying attention to us. They began by criticising our model and tried to discredit us, but the fintech wave had already begun.

Recently, a banker wrote to me, saying:

“I fully agree with the analysis that Kantox makes of the financial sector and its future trends, although I have to admit that I was wrong about Kantox in 2013, thinking that it was just a good idea with an irrelevant market share, if it even managed to last the first year. Actually, my prediction was that, in the best of scenarios, it would be an ant compared to the elephants of banking. However, you have transformed into a mouse that terrifies those elephants, and now you are ready to take the next step and transform into hunters who overcome banking elephants, thanks to technology and intelligence, despite a smaller size. I wish to participate in this revolutionary task and, maybe, this will lead us in some years to see a fintech bank.”

These days some of our competitors fear us, but some are sufficiently clever to build bridges and to try to redefine themselves, collaborating with fintech startups and creating a constructive ecossystem for both parties. The first beneficiaries of this strategy are customers.

Spanner in the works

A couple of years ago, some UK banks tried to halt the establishment of P2P lending companies in the country. They slowed down the administrative procedures to paralyse the credit procedure of their customers. Now, we are seeing the same thing in Spain. This is what we are facing:

In some cases, these practices are not decisions coming from the bank, but from personal or account managers of their branches, who decide individually –and surely motivated by commercial pressure– to be “clever” in the way that they make their clients “loyal”.

Moreover, we know that some banks have implemented systems to alert and detect transactions conducted by fintech companies. This is financial intelligence in the purest NSA form.

We know that some banks have implemented systems to alert and detect transactions conducted by fintech companies.

Its tempting to share with you the list of banks or their client victims of these practices, but I will attempt to contain myself… for now. However, internally we do keep a ranking of bad practices of those entities that treat their clients the worst – and they make our marketing better, I have to say.

It is gratifying to see that there are less and less customers who allow themselves to be swayed by their managers –yes, the same ones who for years have misled them with opaque and unfair commissions. The head of currency of a large Spanish bank once told me, over coffee in a Starbucks, that “customers don’t need to understand the products and their real cost”. Yet another reason to keep working as we do at Kantox.

We could share these bad practices with the Bank of Spain, consumer associations or the European Commission as well as the press –who try and insist that we reveal exact cases–, but I consider it more productive and motivating to show that not all banks are like that. At least in the rest of Europe.

There are banks that embrace fintech. Arkea, in France, positions itself as the bank for fintech, providing them with the necessary banking services for their operations, like segregated accounts or payment system. They have converted this collaboration into part of their positioning. They invest in fintech companies like Pret d’Union. They buy others like Leetchi. They collaborate with Compte Nickel. This is a clear case of “smart banking”. Even more surprising, they do it in their local market without fear of cannibalizing themselves.

In contrast, we find those entities that set up fintech incubators or hackathons; venture capital funds to invest in fintech; and other marketing operations of what I refer to as “cosmetic banking”.

The headlines are more alluring than in the tabloids, but if they really do want to join the fintech bandwagon and have a future, these banks are going to have to reinvent themselves, change their DNA and be brave. Cosmetic surgery is a form of deceit that only satisfies someone for a few more years…