Marfeel, the Barcelona-based adtech technology company, has closed a new round of funding of $3.5 million from Nauta Capital, BDMI and Elaia partners. 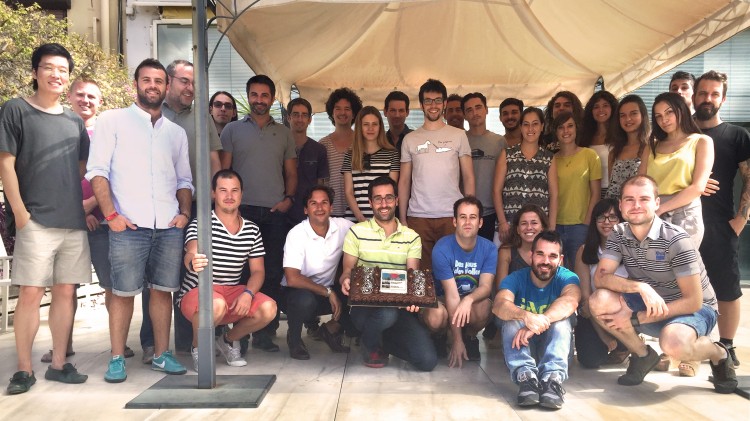 Marfeel, the Barcelona-based technology company that powers the mobile version of sites such as MenHealth, Elle or National Geographic, has closed a new round of funding. Nauta Capital, Elaia Partners and BDMI are once again leading the company’s $3.5 million Series B around. The trio of funds first invested €1.6 million in Marfeel in 2013.

Marfeel provides an ad-hoc rendering service that adapts desktop versions of websites to mobile. It started operating as a pure SaaS startup, but soon pivoted to start managing publishers’ mobile ad inventories. The company claims that publishers that use its technology experience a significant increase in ad clicks and impressions.

Knowing your users and the impact of adblockers

Marfeel’s co-founder and CEO Xavi Beumala said in a statement: “Mobile advertising today is about knowing users intimately and targeting them, according to their individual needs. Marfeel’s data targets users insightfully so that publishers achieve higher monetization and engagement rates, while providing an optimized mobile user experience”.

Marfeel works well for publishers that meet one, or both, of the following requirements: don’t have a fully functioning mobile website, and even if they do, they have ads that are not being managed properly. For sites that are already mobile responsive or are not ad-supported, Marfeel is less appealing.

While the company doesn’t have all the detailed data that Facebook, Twitter, Apple or Google have about its users for ad targeting purposes, its COO and co-founder Juan Margenat seems confident when asked about the topic. “It’s true that in most cases we don’t know your name, your interests and other personal info, but we do know many things associated to UX/UI and to how users navigate”.

Marfeel’s COO says that they’ve been measuring this and other data for a long time and have insights that others don’t. “Right now Marfeel reaches an audience of 150 million monthly readers and we can target that experience based on their previous behaviour or where visitors come from. A user that reaches one of our sites via Twitter might see different articles from one that comes from Facebook”, he explains.

Something that could negatively impact Marfeel’s evolution is the adoption of adblockers by users. iOS 9 allows users to easily setup and install apps that block ads on Safari and in in-app browsers. If the adoption of these apps increases in the near future, publishers and companies like Marfeel could be harmed unless they find alternative business models.

Margenat says that they’re worried by this trend. However, he also claims that the impact of mobile adblock has been, so far, very limited. “We’ve done several analysis over the past few weeks and only between 0.4% and 0.83% of our audience uses adblockers”, he notes.

Novobrief first met with Marfeel about a year ago, when the company had 20 employees and had just pivoted. At the time, both Margenat and Beumala said that they weren’t planning on raising a new round of funding. Less than a year later, the company has changed its plans.

“Up to the day before we signed this new Series B we were having second thoughts about it”, Margenat admits. However, he says there are a series of circumstances that make it the right time to fundraise again. “We don’t really need the money, so we are at an advantage when it comes to negotiating terms; although we have enough cash in the bank, with more capital we can be more aggressive and grow faster; and the market is heating up, with initiatives like Facebook Instant Article, Apple news or what Google and Twitter are also doing”, he explains.

The 40-person company plans to use the capital injection to open an office in the US and to improve its monetization technology and user targeting precision. The move to the US seems reasonable, given the fact that the country houses some of the biggest online publications in the world.

Margenat says that they’re looking to build a sales team in NYC to cater to American publishers, while the technical team will remain in Barcelona. “There are many big potential clients in the US and we need to be closer to them”, he adds.

Although the company has often declined to provide details about its financial performance, this time it did say that revenues tripled YoY in 2014 and 10X in 2013 compared to 2012. “We can’t reveal specific numbers, but our annual revenue is in the millions of euros”, Margenat explains.

Since its founding in 2011, Marfeel has gone through two accelerator programs, SeedRocket and Wayra. The Telefonica-backed accelerator is now selling its stake in the startup, becoming the program’s sixth exit worldwide.