Groupon Spain to lay off a significant portion of its workforce 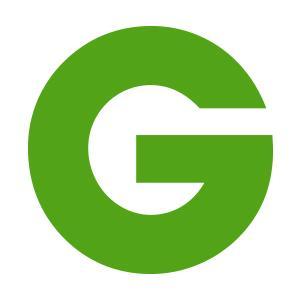 Groupon Spain, the subsidiary of the American coupon company, is preparing to lay off a significant portion of its workforce in the country, various sources have told Novobrief.

News of the Collective Dismissal Proceeding (ERE in Spanish) comes just two days after the Chicago-based company announced that it would be cutting 1,100 jobs globally and shutting down operations in Morocco, Panama, the Philippines, Puerto Rico, Taiwan, Thailand and Uruguay. Also recently Groupon closed its offices in Greece and Turkey. In a SEC filing, Groupon said that the process would result in a pre-tax charge of $35 million and that the full restructure would be completed by September 2016.

At the time, the company said in statement that the objective was to “focus our energy and dollars on fewer countries”, which meant to “exit a number of countries where the required investment and market potential don’t align”.

Novobrief understands that Groupon Spain is not closing and we’re still trying to determine the scale and timing of the layoffs. We’ve reached out to Groupon and we’ll update this story if we hear back from the company. See update below.

Groupon was founded in 2008 by Andrew Mason, Eric Lefkofsky and Brad Keywell. Mason was fired as CEO in February 2013 and his other two co-founders are now running the business. The company took off like a rocket and went public in late 2011, raising $700 million in its first day and becoming the largest IPO by a US internet company since Google raised $1.7 billion in 2004.

Its stock has suffered dramatically since then, and it currently trades at $3.72 with a market capitalisation of $2.4 billion.

As this article from Seeking Alpha explains, since 2011 its revenues have increased significantly thanks to its coupon business, to the tone of almost $2.75 billion in 2014. However, the company has yet to turn a profit on a continuous basis. In 2014 it had negative net income of more than $125 million.

In order to diversify its business, Groupon has moved from being entirely focused on daily deals to explore other areas such as local commerce and travel.

Not the best year for Spanish daily deals sites

Groupon started operating in Spain in March 2010 and expanded its presence in the country with the acquisition of Germany’s CityDeal, which was being locally ran by Gonzalo Castellano, who’s currently the co-founder of Saluspot.

From 2008 to 2012 Spain saw the launch of tens of daily deal sites, with Groupalia, Letsbonus or Offerum being the main successes. Since then most have shut down, and this year alone we’ve seen Letsbonus being sold back to its executive team (which had been acquired by LivingSocial in 2011) and the merge of Offerum and Groupalia with the objective of moving away from the coupon business.

According to LinkedIn, Groupon has 125 employees in Spain. In 2013 it had 232 and reached sales of €30 million while turning a profit.

Here’s a sincere ‘good luck’ to all the Groupon employees who might be affected by this.

Groupon Spain said this in a statement:

The curious case of Restalo, the restaurant booking company that has acquired Restaurantes.com