Google Campus is officially coming to Spain. Campus Madrid will open in the spring of 2015 and will be located in the southern part of the city. Here is what we know and what we don’t know about Google’s next building for entrepreneurs. 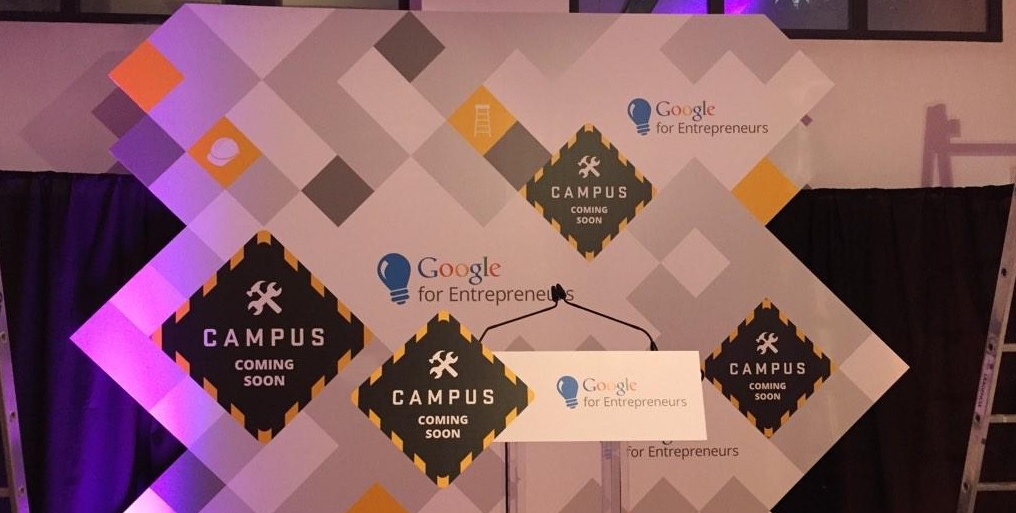 Mary Grove took the stage last night to announce what Google had confirmed over the weekend: Google Campus is coming to Madrid in 2015. However, and as my colleague Alex Barrera writes at Tech.eu, a lot of questions remain unanswered about Google’s newest Campus.

In this article we will analyze what we know about Campus Madrid (very little) and the main questions that will be answered by Google in coming months.

Spain is an interesting case within the European startup scene. Two big cities with a population of more than 1.5 million people concentrate 80 to 90 per cent of the country’s startup activity. Which means that instead of having one startup ecosystem -London, Paris, Stockholm, Helsinki, Berlin, etc- we have two in Madrid and Barcelona.

Barcelona has arguably a bigger startup ecosystem than Madrid in terms of the number of startups and the amount of funding raised by those companies. Madrid, on the other hand, is where a significant number of Venture Capital firms are headquartered (Vitamina K, Axon Partners, Bonsai, Seaya Ventures, Kibo Ventures, etc).

Google considered both cities to open its next Campus but has ended up choosing Madrid over Barcelona. The main reason could be that Google’s offices in Spain are in Madrid and Googlers will play a significant role in the development of the initiative. Mary clearly said yesterday that “Campus Madrid will try to bring partners from all across the country and the region”, implying that Campus is a country-wide effort and not specific to a single city.

Where will it be located?

Another big question that remains unanswered. El País and Cinco Días said that the Madrid Campus will be located “near Matadero Madrid”, a huge contemporary art center in the southern part of the city.

It would make sense for Campus Madrid to occupy some of the big spaces available at Matadero Madrid, but sources close to Tech.eu claim that Google has already bought a whole building with four or five floors in the area. And at Matadero there are no buildings that high. 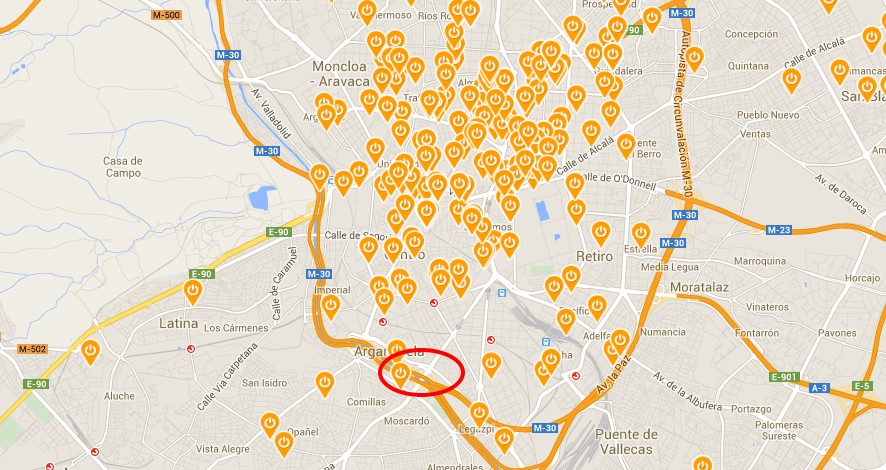 The area chosen by Google is also interesting in the sense that startup activity in Madrid is concentrated up north. As visible on the screenshot above (via Startupxplore), the vast majority of startups are located north of Gran Vía, in the neighborhoods of Chamberí, Tetúan and Malasaña. The red circle is the area where Campus Madrid will probably be located: far from most startups and VC offices but in a cheap and nice area by the river.

This represents a significant contrast to Google’s building in London, located in the heart of Shoreditch and surrounded by hundreds of startups.

When is Google Campus Madrid opening?

Mary Grove said that “in the spring of 2015”, which means some time between April and June next year.

Who will manage it?

“Campus Madrid is not an incubator or an accelerator and Google is not looking to get into that business”, Mary said yesterday several times. Following the model established at Campus London, Google is actively looking for partners that will manage the building and for organizations that will take care of the various activities that will take place inside: a coworking space, a venue for events, an accelerator (with a similar role to Seedcamp in London), etc.

Mary made it clear that the structure of the space will be the same as in London:

The people in charged of managing the whole space and these specific areas will heavily impact the way Campus Madrid operates. There’s currently an offer on LinkedIn for a “Google for Entrepreneurs Manager” in Madrid but there are no other offers or positions available yet.

In regards to the coworking space it’s interesting to note that Mary Grove was in Madrid this summer and she visited various coworking spaces in the capital.

Who will be Madrid’s Seedcamp?

Seedcamp is one of the most respected startup programs in Europe and a founding partner of Campus London. The firm was part of the campus from day one and it has helped it reach its current status as a hub for entrepreneurs and startups in London.

But in Madrid there’s nothing similar to Seedcamp. Telefonica’s Wayra has big offices in Gran Vía and doesn’t look like a real candidate to move to Campus Madrid. Tetuan Valley has been very active in the community and has played a tremendous role in developing Madrid’s ecosystem, but it operates more as a startup school than a fully-fledged accelerator. SeedRocket could be another option, but it’s based in Barcelona. The same goes for Plug and Play, probably one of the best accelerators in Spain with SeedRocket, but they would have to move from Valencia to Madrid or open a new program in the city.

I’m sure there are other candidates to become the ‘Seedcamp of Madrid’ and it will be very interesting to see who Google chooses for this important role, as they will be the ones responsible of selecting the startups that will be based at Campus Madrid.

Will any Google Venture partners move to Campus Madrid?

Google Ventures recently launched a $100 million European fund to invest in local startups. All of the European partners are based in London and this situation will not change in the near future.

Alex Barrera talked to the Google team yesterday and they confirmed that no partner from Google Ventures Europe will be based in Madrid.

Is this good news for Spain?

There are no apparent reasons to think that Google’s Madrid Campus will harm in any way the Spanish ecosystem. The scene here is not as developed as in London, Berlin or Paris and any help will be appreciated, especially if it comes from Google and if the company is letting others who know the community better manage the building.

Who Google choses to run the place will be key in its future. So let’s hope that they make wise decisions and that the community gives them good advice.