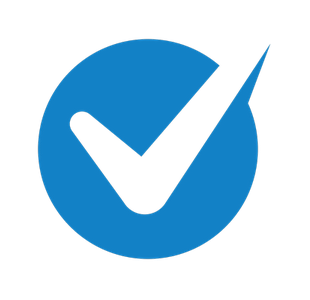 GetYourHero, the Barcelona-based home cleaning startup backed by Seaya Ventures, has acquired the remaining assets of Helpling in Spain.

GetYourHero, the Barcelona-based home cleaning startup backed by Seaya Ventures, has acquired the remaining assets of Helpling in Spain, which recently shut down to focus on the company’s other key markets.

GetYourHero (GYH) will get its hands on Helpling’s list of cleaners and clients in Madrid and Barcelona. This, according to the company, will result in GetYourHero becoming the largest home cleaning marketplace in the country, surpassing Wayook and other smaller competitors.

As part of the deal, GetYourHero will also be selling its French business to Helpling. In a statement, the German and Rocket Internet-backed company said that they’ve specifically acquired GYH’s “operative business” in the French capital.

“Everyone in the industry is looking to concentrate on the markets where they have more traction”, said Seaya’s Michael Kleindl in a phone conversation and in reference to GYH and Helpling’s recent moves. Kleindl also put the emphasis on the fact that both GetYourHero and Helpling only work with fully legal cleaners.

Terms of the deal were not disclosed by either party.

Founded by Sebastian Janus, Henrik Beckmann and Sebastian Gmelin in late 2014, GetYourHero has raised €1.8 million to date. €300,000 from business angels soon after its launch and €1.5 million from Seaya Ventures in July.

The acquisition of Helpling’s assets in Spain follows the modus operandi of several of Seaya’s investments in recent times: to grow via acquisitions. Ticketea has acquired three companies over the last two years, Restalo recently bought Restaurantes.com and Percentil (although before Seaya invested) acquired Germany’s Kirondo to strengthen its international expansion strategy.

Asked about this, Kleindl explained that this is a combination of three things. His past experience as an entrepreneur with AdLink (which went public in 2000 and completed more than 10 acquisitions), the fact that Seaya invests bigger tickets than most other funds in Spain (“this makes small M&A deals easier”) and the nature of the markets.

“In sectors like cleaning where there are a lot of startups, sooner or later there will be consolidation and acquisitions because of market forces”, he says.

As a result of this deal, GetYourHero will focus its efforts in Spain and Italy, as the objective of becoming the biggest home cleaning startup in Southern Europe remains the same.

Update: Helpling is also ceasing operations in Brazil and will be selling its business in the country to Parazufo.