I met Fernando Cabello-Astolfi at one of Madrid’s busiest streets and, right away, he starts talking about one of his passions. It’s not startups or fintech, two areas where he has spent most of his professional career, but coffee.

“I have two favourite cafés in Madrid, and if you enjoy coffee as much as I do, I’m sure you’ll like this one”, he said as we walked down a small street in the neighbourhood of Almagro.

As soon as we sat down, coffee in hand, Fernando’s latest project occupied the vast majority of our hour-long conversation.

Since May of 2014, Daniel Molina, Serge Scevenels and Fernando have been working on Aplazame, a Madrid-based fintech startup that provides ecommerce payment solutions to online merchants and customers.

Stores that integrate Aplazame’s plugin or connect to its API can offer its users the possibility of deferred payments, with the idea of making buying and selling products easier for all parties involved and providing an alternative to consumer credit, which has taken a big hit since the financial crisis of 2008.

During the checkout process at selected stores -Aplazame is currently available in handful of ecommerce sites-, consumers are offered various payment alternatives, from a single payment in the near future to deferred transactions that usually range from 2 to 11 months. 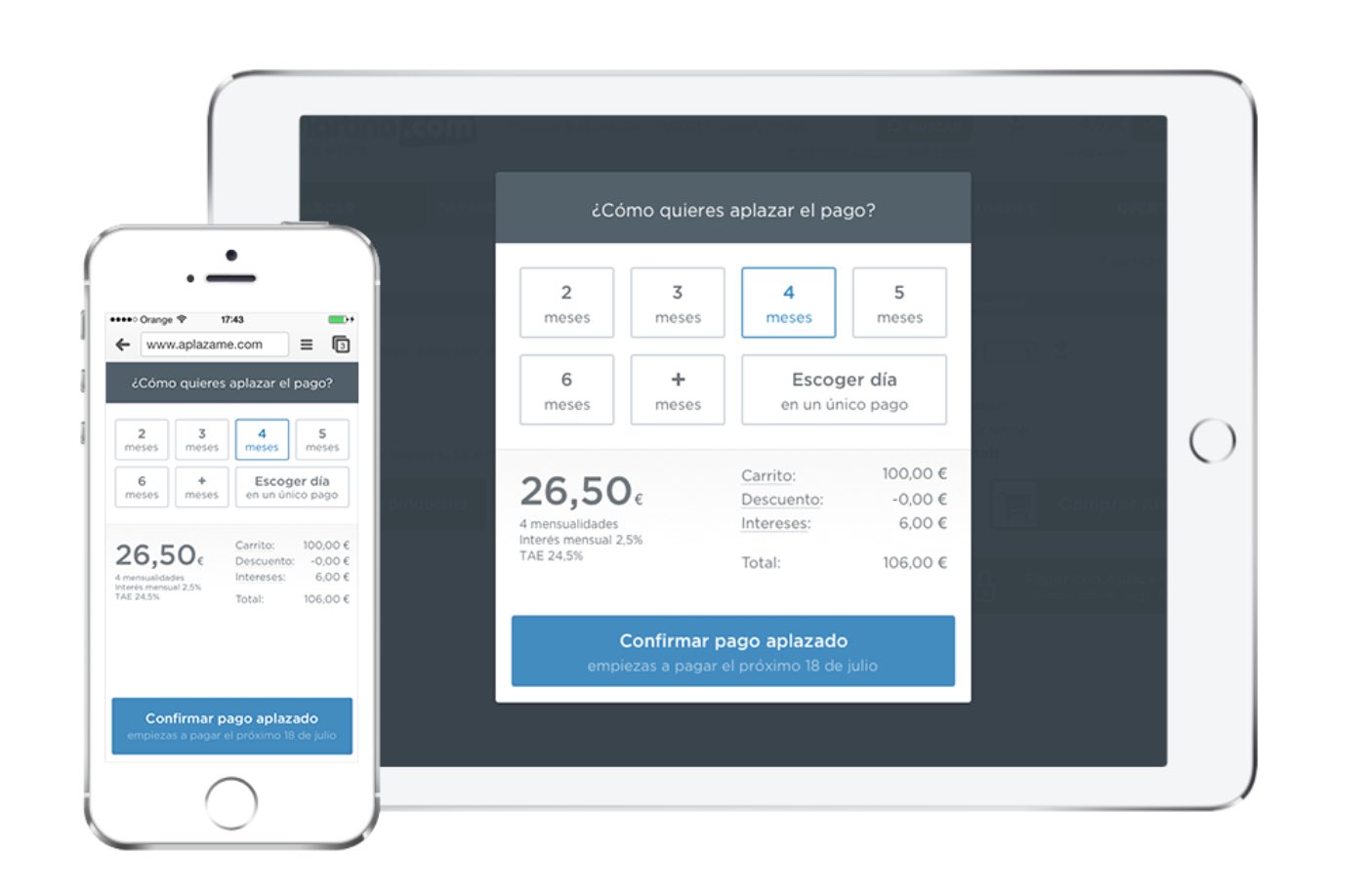 Aplazame pays the merchant right way and enters into a financial relationship with the consumer, which would have to pay an interest to Aplazame over time. These two transactions represent two key aspects of Aplazame as a startup and business: its ability to have enough cash in hand to pay all merchants and its capacity to asses consumer risk quickly and efficiently.

“When we tell merchants what we can provide to them, they show a lot of interest”, Fernando says as he explains that it can take two to six months for merchants to integrate Aplazame, depending on the size of their business. “However, it’s not sufficient for people to like our solution in order to grow, we also need significant financial capacity to pay merchants”, he adds.

Aplazame has closed an investment round from Cabiedes & Partners

Part of this capacity has already been obtained through an undisclosed investment made by Spanish Venture Capital fund Cabiedes & Partners and François Derbaix (who is also a co-founder of Aplazame), but if things go right, Fernando expects to need a lot more in order to take the company to where they want it to be.

“We need to demonstrate that we are able to manage a large number of transactions, control risk as much as possible and show potential investors that this is a profitable and interesting opportunity”, Fernando says.

Aplazame only asks consumers for basic information such as their full name, ID, phone number and date of birth. This, combined with social media profiles, solvency data from public sources and other information, allows the company to build a risk profile of each consumer.

“If we can achieve this”, Fernando says, “we’ll be able to generate a lot of data that defines consumers very well thanks to two key characteristics: what they’re interested in buying and how they usually pay for things. This is very valuable information.”

The faster Aplazame can increase the number of transactions completed by merchants and consumers, the faster the platform can learn and predict consumer behaviour and analyze risk. But, as aforementioned, a significant chunk of the company’s performance and future also depends on its ability to have sufficient cash to pay merchants and businesses.

“In an ideal scenario, a year from now we’ll be well positioned to attract more investment (or debt) because we’ve proven that we’ve built a viable business”, Fernando tells me.

Stockholm-based Klarna, with more than $280 million raised to date, has shown that the model works. Let’s hope that Aplazame can do the same in Spain.

Panoramio: The day that we rejected an acquisition offer from Google