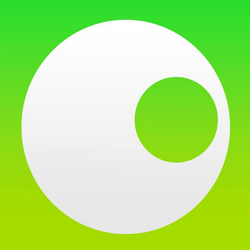 Ustream and Livestream Spanish competitor, Wouzee, has closed a €1 million round led by Unidad Editorial and José María Salido. The company aims to continue to developing its technology and launch in the US and Latam.

Madrid-based livestreaming platform Wouzee has raised €1 million from media powerhouse Unidad Editorial and José María Salido, with a pre-money valuation of €4 million. The company offers an easy way to broadcast live video over the internet, be it from mobile devices or laptops. As co-founder Marcial Cuquerella told me over the phone, “basically any device with a camera or webcam can stream video using Wouzee”.

The company had its moment of fame in February of 2014, when it was used to record and broadcast part of the hearing featuring Infanta Cristina, the daughter of the former king of Spain. However, Marcial claims that 2014 was not an easy year for Wouzee. “2014 has been tough, but we’ve managed to consolidate Wouzee’s position as one of the leading streaming platforms in Spain”.

While there are no other companies in the country offering a product or technology similar to Wouzee’s, online video juggernauts like Ustream and Livestream offer similar capabilities. And their level of funding also separates them, at least for now, from Wouzee. Ustream has raised more than $60 million to date and Livestream over $14 million.

Despite this, co-founders Marcial and David Segura remain confident that their product is good enough to compete in the market. The technology behind Wouzee has been built by the five person team and with the €1 million the company has just raised they plan to accelerate development and expand to Latin America and the US.

The company plans to make money via advertising (pre-rolls) and by offering professional streaming services to corporations and freelancers. Marcial admits that for the advertising part to work they need a high volume of videos, so for now they are focusing on the second part of the equation (pro services).

The deal with Unidad Editorial is purely for cash (no media for equity) and Marcial hopes their knowledge of the media sector will help them succeed in the long run. “This is a strategic partnership”, he said.