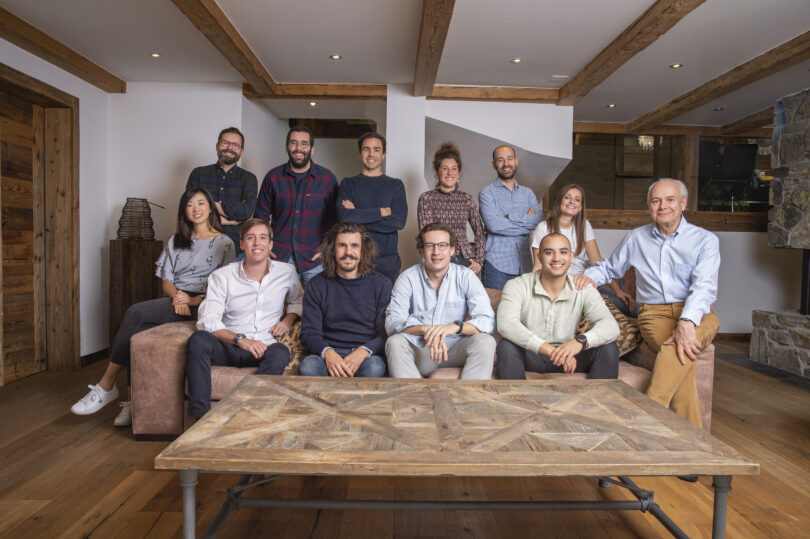 The positive outlook for venture capital in Spain maintained its performance until mid-year, achieving a second quarter with €2.18 billion invested in 224 deals, a figure very similar to that of 2021, according to El Referente. However, already in mid-July, the Innovation Bankinter Foundation warned of a likely change in outlook for the second half of the year that would imply a decrease in investment volumes.

In an environment of rising interest rates and reduced access to capital, the trend is towards more efficient and sustainable business models. In other words, the balance is shifting towards cost-saving B2B SaaS solutions. In contrast, more marketing-intensive models, such as B2C verticals, and with very tight or negative operating margins, are being disadvantaged by the market. In this context, the former will be able to pivot to profitability, while the latter will find it considerably more difficult to raise capital and scale at the pace we saw during the pandemic.

While the sentiment in the venture capital sector is encouraging, we sought to talk to various fund managers to find out whether, given the current situation and the economic recession that experts are predicting, they have been forced to change their investment thesis, what advice they would give to startups seeking funding in the last quarter of the year, what was decisive for startups to achieve funding rounds in the first half of the year and what will be key to close the year.

The ballad of the investment thesis

Although the VCs consulted for this article claim not to have changed their investment thesis given the global situation, there are certain considerations they are looking at in terms of efficiencies and cost reduction, as well as looking beyond the current moment and making projections for two and three years from now, especially in the case of Series A. Another variable that will be key for the startups in which they invest will be the burn rate, i.e. the rate at which capital is burned.

For Enrique Penichet, Founding Partner at Draper B1, the situation is clear. Since they are very early-stage investors and what they invest now will be impacted more by the macro situation in 2 or 3 years, they are calm for now. However, he points out that already in the United States they have seen a tremendous drop in the volume of investment, especially in scaleups, since the cut has been mainly in large rounds, and not in seed stage startups. “Where it does impact us is in our portfolio of companies that we invested in years ago and are now in the scaleup phase. There we have been working with them to reduce costs and increase profitability so that they reduce their dependence on external financing. At the investor level, we continue to deploy capital at almost the same pace, but looking more carefully at valuations and capital efficiency,” says Penichet.

Íñigo Laucirica, Investment Associate at Samaipata, emphasizes that his thesis is aligned with an investment horizon of around 10 years, a term historically longer than the economic cycle. “In other words, the fund’s thesis seeks to monetize structural trends, not cyclical ones, and therefore, the core of our thesis will not change in response to the evolution of the VC market in the coming months. So far in 2022, we have approved seven new investments and, looking ahead to the second half of the year, we expect to continue building a portfolio at a good pace,” he says.

However, Laucirica adds that while their approach to generating long-term returns will not change, they must also navigate the short term prudently. “We can’t be oblivious to the evolution of the Series A and later financing market, which is typically targeted sooner or later by our investees. The market has shifted towards profitability and capital efficiency, turning its back on pure growth,” he says.

For her part, Patricia Pastor, Managing Director of GoHub Ventures, is categorical in answering that they haven’t changed their thesis either. But obviously, they are now looking much more closely at how capital-intensive the startup is and how it is managing its burn rate. “We are fortunate to be able to invest without geographic restrictions, our focus is on Europe, the US, and Latam. This year is being quite active and we will be announcing our new investments shortly,” Pastor adds.

Given the funding conditions for the rest of the year, what advice can VCs offer to startups seeking this type of financing?

Enrique Penichet points out that we are in a very volatile time that is difficult to predict. Although he notes that the latest data on the U.S. economy suggests that the fall will not be as bad as initially expected, the situation in Europe with the gas and energy crisis, coupled with rising rates, may affect conditions more than what was experienced in the United States.

Raising a round at a higher valuation may seem interesting at first, but it can be a burden for future rounds if it is not possible to reach the objectives, which will make it much more difficult to raise the next one

“But I am optimistic, and as the VC market is more dependent on the US, higher volume international rounds may start to appear again by the end of the year. For all these reasons, I would tell them to be cautious, balance growth with capital efficiency, and prepare for a long capital search period. Any access to financing that can lengthen your runway, take it. On the other hand, they should not leverage on past valuations, because the market has already corrected,” adds Penichet.

For Laucirica, before approaching the market, it is advisable to soak up the funding situation, talk informally with investors and other founders, and make a self-assessment differentiating between what is, to a greater or lesser extent, under the control of the startup (pitch, timing, go-to-market, business plan) and what is beyond its control, or does not make sense to change (sector and business model, runway, stage, last valuation and cap table, market environment). “Based on this, decide whether or not it makes sense to go to the market. In case of going ahead, it is important to recalibrate from scratch the pitch and the terms of the round, especially startups that have raised rounds in the past,” says Samaipata’s Investment Associate.

Pastor, for his part, is very clear: Startups should look closely at the valuation at which they want to raise and the cash. “Raising a round at a higher valuation may seem interesting at first, but it can be a burden for future rounds if it is not possible to reach the objectives, which will make it much more difficult to raise the next one,” says the Managing Director of GoHub Ventures. “The second thing is to take care of the cash and have a long runway to avoid having to go out to look for funding with the water at your neck,” she adds.

With a new scenario for startup funding comes the key question: what will be decisive for raising funding in the last quarter of 2022, compared to the rounds raised in the first half of the year?

For Penichet, the key in the first half is that the startups already had investors who knew them and were convinced seeing the evolution and growth. “In the second half, with the environment being more volatile, we will have to add to this a contained capital efficiency and valuation, as the valuations of scaleups and listed techs have gone down. This reduces future exit expectations,” says the Founding Partner of Draper B1.

Laucirica believes that the answer depends a lot on the stage and model of the company since the market has evolved differently across the various verticals. It also depends on the flexibility to adjust the narrative and the investment case to the environment. However, “the efficient use of capital will be a cross-cutting issue, as the availability of capital has changed significantly. More than ever, it is necessary to make a good case for what new milestones will unlock that capital and set out an efficient path to the scale needed to achieve profitability,” adds Laucirica.

Pastor agrees that it may not have been as necessary for the first half of the year to have control over spending and optimize every euro spent by the startup as it is now. “In this second half, it is not only enough to have good metrics and maintain sustained growth in recent months, but it is also necessary to be very capital efficient,” he adds.

These new considerations mark a distance from the inflated rounds that were raised in recent years and that reality has left to unmask in their lack of foresight and the fact that they sacrificed profitability for growth in an unsustainable way. The efficiency to which the venture capital industry is devoted today is a natural consequence of the excesses of the past. Startups that emerge from this new investment paradigm will supposedly have healthier growth.