Typeform’s surveys are taking off. To continue its expansion the Barcelona-based startup has raised €2.2 million from international investors Connect Ventures, Point Nine Capital and RTA Ventures. 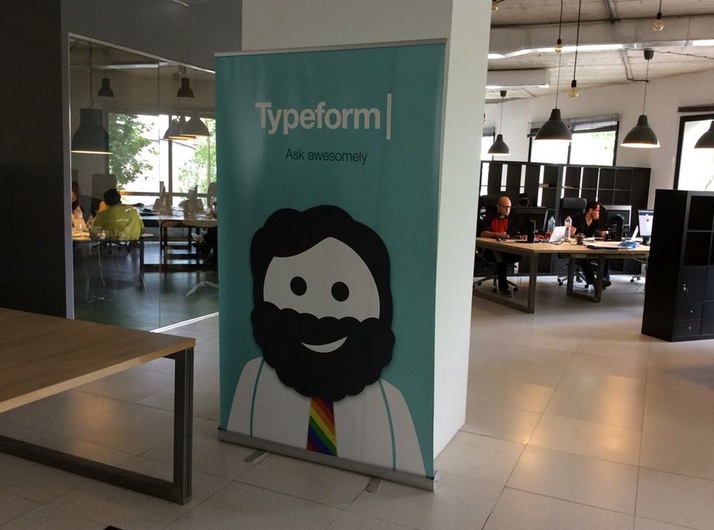 Robert Muñoz and David Okuniev started working on Typeform in 2012 with the idea of changing the status quo of online surveys. By focusing on the user experience they were able to create an easy way for consumers and companies to create good-looking surveys, thus increasing engagement levels and completeness rates.

To continue in its quest to become the best online survey in the world the company has just raised €1.2 million. The Series A was led by London-based Connect Ventures (which has also invested in Citymapper or Infogr.am) and includes the participation of previous investors Point Nine Capital, RTA Ventures and Mariusz Gralewski. Typeform had previously raised a €550,000 seed round in late 2013.

Typeform follows a freemium model. Users can create unlimited forms for free and featured such as ‘Payment field (Stripe)’, Calculator, Logic Jump or Hidden Fields are available starting at $25 per month. An API is also in the works. According to TechCrunch, more than 160,000 typeforms have been created to date, combining for more than 13 million unique visits and 7 million responses. The list of clients is quite impressive, and includes companies such as Uber, Facebook, Airbnb, BBC or New York Times.

The startup is based in Barcelona and recently hired its 20th employee. The survey space is filled with competitors, from startups such as Polar (recently acquired by Google) to more established companies such as Wufoo, SurveyMonkey and FluidSurveys. However, it’s interesting to note that in previous interviews Okuniev has claimed that the company does not see the latter as direct competitors, given Typeform’s focus on “making the product a new kind of communication tool and not just another form.”

Typeform’s case is interesting for other Spanish startups with strong software products. The company has not raised any money from Spanish investors and has opted instead to look for funding in other more mature ecosystems, such as Berlin (Point Nine Capital) and London (Connect Ventures).