Venture Watch has published its first report, analyzing the performance of Spanish startups and VCs in the first nine months of 2014. What are the bigger trends? Is the landscape improving? Continue reading to find out. 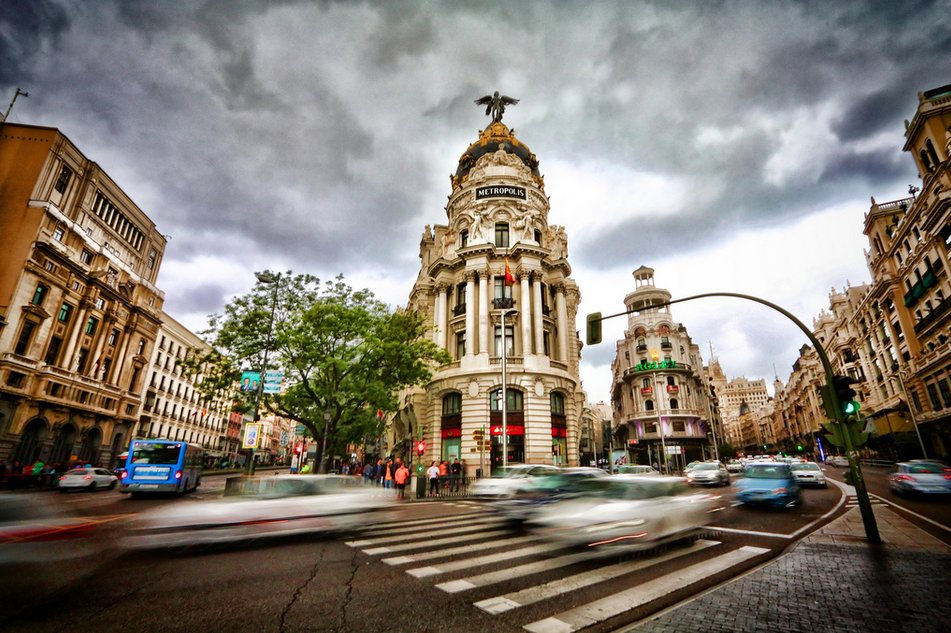 The third quarter of 2014 might end up becoming one of the best periods for the Spanish startup ecosystem in recent years. According to data gathered by Venture Watch, startups in Spain raised €158 million from July to September, a 187% increase compared to the same period in 2013.

Barcelona-based and online voting company Scytl had a lot to do with this, as they raised €80 million from international VCs such as Vulcan Capital or SAP Ventures. The latter is significant, as one of the bigger trends we’re seeing in the ecosystem is that more international investors are knocking on the doors of Spanish startups. 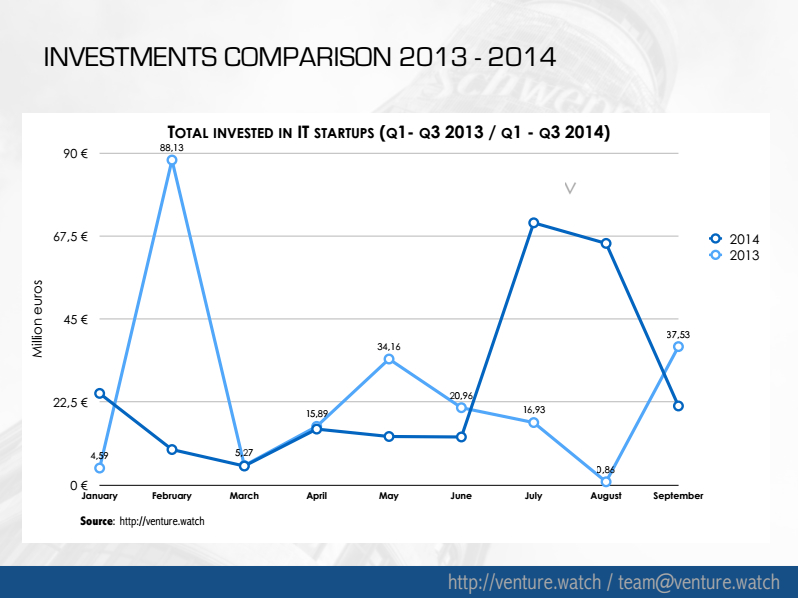 So far in 2014 Spanish startups have received more than €242 million from VCs, business angels and accelerators across 108 deals. This represents a slight uplift compared to the first 9 months of 2013 both in terms of euros invested (€224 million) and number of deals (84).

Not only was there an increase in the above, but also in the average size of the rounds (€26.5 vs. €24.92 million). Venture Watch highlights that this represents a slight increase on tickets per round. “As VC funds get more money, there is a need for bigger tickets, something that will benefit most startups”, says the Spanish research firm.

Local startups are also waiting less to raise follow up rounds (average time between rounds is 11,5 months), which could indicate that Spanish startups are being more aggressive than ever in scaling and growing their businesses, leading to higher burn rates and bigger capital needs.

Besides Scytl, other significant deals that have taken place in the first three quarters of 2014 are the following:

As aforementioned, one of the bigger trends we’re seeing in the Spanish startup scene is the fact that more and more international VCs are coming to Spain to find and fund up-and-coming companies.

This is good news for the country as more competition will benefit startups and even local VC firms. The Spanish VC landscape has changed dramatically over the past few years and international VCs with more experience in building and scaling companies will only make things better for everybody.

An increase in the number of deals with foreign VCs could also point to the fact that Spanish startups are now more mature and global than ever. International VCs won’t invest in startups that only count Spain as their target market and there are not many VCs in the country with enough funds to lead big Series A and B rounds. In fact, the vast majority of the largest rounds of 2014 have been led by an international firm. 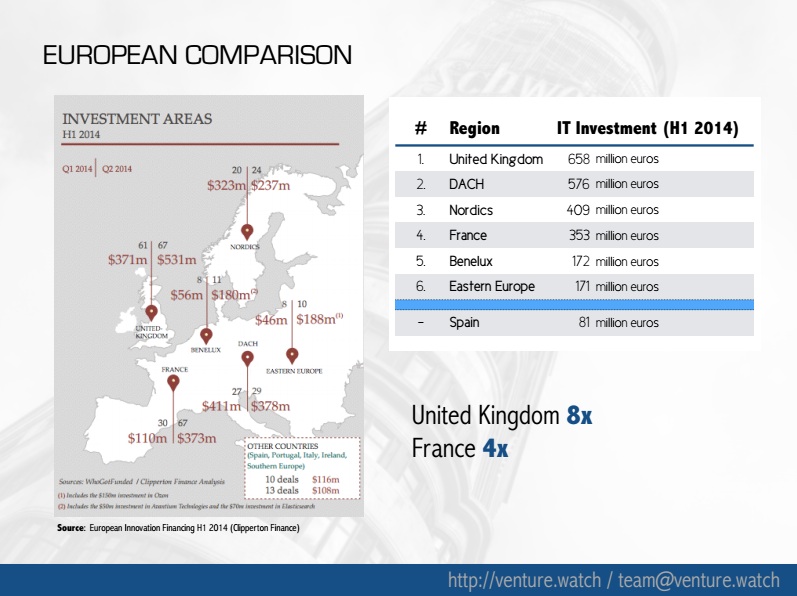 Venture Capitalists and fellow European entrepreneurs tend to claim that the level of talent in Spain is good. While developers and technical workers are often considered to bee as good as Europeans, it’s frequently said that the country lacks experienced executives in areas such as business or marketing that have helped other companies grow.

One more aspect where Spain is behind? Funding. In the first half of 2014 UK startups raised €658 million, French companies more than €350 million and those in the Noridcs over €400, representing a significant funding gap in comparison to Spain. A gap that will hopefully be smaller in the near future as the local ecosystem matures.