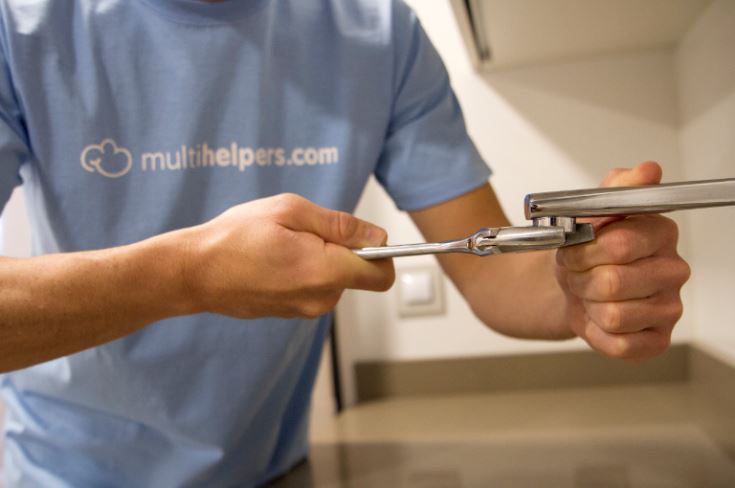 Professional handyman search startup Multihelpers is growing rapidly in the Spanish gig economy and poised to exceed €1 million in turnover this year, according to a company statement.

After more than 5,000 tasks solved since its launch in Madrid in 2015, the Spanish gig economy startup is already a leader in its space with a reported 95% satisfaction rate in solving household tasks.

Multihelpers emerged with the purpose of revitalizing a sector that was ignoring the digital transformation. Through a fast, economic and trustworthy service, the platform has consolidated its business model, demonstrating its sustainability over time and reaffirming its profitability.

“30% of the three million Spanish self-employed professionals are specialized in solving tasks at home,” said Adrián Miranda, Co-Founder and CEO at Multihelpers.

“We found that many do not have the tools to access a potential online audience and, in parallel, we are witnessing the immediacy that the current moment demands,” he added.

Of Navarre origin, but operating in Madrid, the platform registered more than 400 tasks during the month of April and already has more than 20,000 users. During this time, 80% of the tasks requested were resolved in less than 16 hours, that is, the same day they were processed.

“As response times have been reduced, consumers perform a multitude of tasks at the moment thanks to new technologies: they reserve their vacations, compare prices and make bank transfers,” said Miranda.

With a fully personalized assistance through WhatsApp, customers receive a “reasonable budget” for the task they have requested in less than five minutes.

In just a few hours anyone can have a “Helper” repairing a window, mounting a kitchen cabinet, or fixing jammed blinds.

“The answer is easy: the demand exists with users looking for professionals to repair tasks (make improvements and repairs) in your home in a few hours, with a very wide offer, and with very good professionals in search of fixes to solve. This is how Multihelpers was born, with three challenges that have marked the entire start-up of the project: speed, confidence, and reasonable prices,” the CEO said.

The results obtained are accelerating the handyman search platform’s expansion throughout Spain, and in the near future it has plans to provide solutions to customers in other large cities such as Barcelona, ​​Valencia, and Seville, where Multihelpers plans to land in the coming months.