Spanish entrepreneurial ecosystem celebrates the approval of the Startups Law 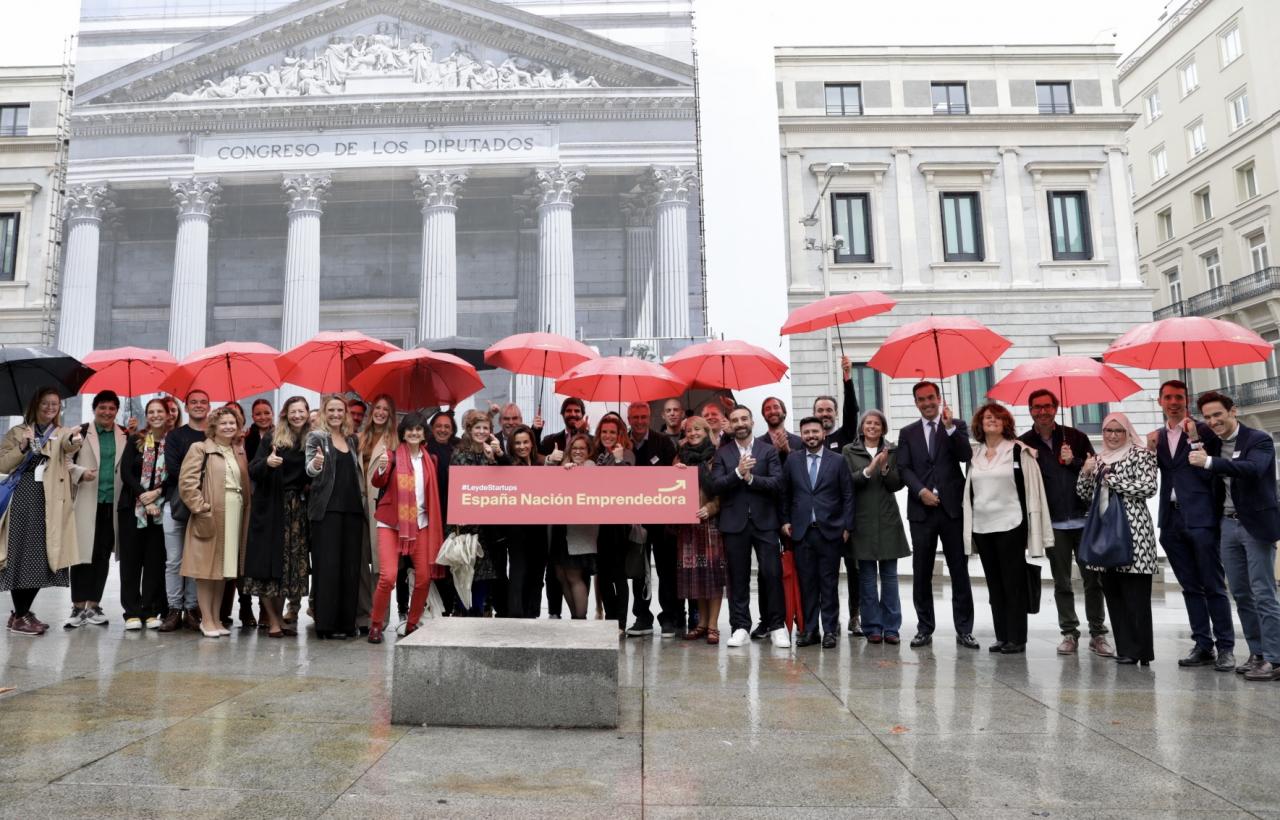 The Law for the Promotion of the Emerging Companies Ecosystem, better known as “Startups Law”, has been finally approved today in the Congress of Deputies, after a long and intense work by the political forces and the actors of the innovative ecosystem in Spain.

Founders and investors celebrated the approval as all of them certify the need that Spain had to legally frame startups and help entrepreneurs with fiscal improvements. “We needed a regulatory framework that not only put us on a par with Europe but also put us at the forefront of innovation, hence the need for this law,” says Carlos Mateo, president of the Spanish Startup Association, who also assures that the new law “will allow our startups to be even more competitive when it comes to attracting talent and international investment.”

María Benjumea, founder of South Summit described this new law as “the law of innovation and qualified talent. It’s just what we need to respond to the fast-paced economic moment we are living”. In addition, Benjumea is also grateful that this law is “a consensus law that all the actors involved in the entrepreneurial ecosystem have been working on for a long time”.

A new age of tax improvements

Among the novelties introduced by this law, it is worth highlighting the bureaucratic reduction and a series of tax incentives for emerging companies, such as a corporate tax reduction of up to 15%, the possibility of deferring tax debt, or the elimination of fractioned payments. It also offers more facilities for investors, such as tax deductions of 50% for annual investments of up to 100,000 euros or tax exemptions for stock options.

Precisely, this is one of the new aspects that Javier Megías, vice president of Startup Valencia and EMEA Fund Managing Partner of Plug and Play, values the most. He maintains that “stock options are one of the best tools to retain the best talent, so the Startup Law will allow us to catch up with Europe in terms of innovation and also generate a great revolution of talent in Spain”.

Aquilino Peña, former president of SpainCAP and co-founder of Kibo Ventures, also highlighted the investment facilities allowed by the new Startups Law. “A startup needs talent and capital to develop, so we are pleased that this regulation benefits the attraction of both factors,” he said, adding that “the taxation of this law will be very positive as it encourages investment by business angels, who are vital players when starting a company. All of this, according to Peña, “will generate more intelligent capital and make it easier to finance companies in our market”.

A magnet for international talent

The attraction of international talent is another highlight of this law. It will be now easier for foreign citizens to have a two-year work permit once they have finished their studies. “Our goal is to attract impact talent and this law is going to allow us to do so with tools that favor our cities to compete in attracting that talent,” celebrates Maite Barrera, president of Barcelona Global.

Finally, according to the president of Adigital and Co-CEO of K Fund Carina Szpilka, this regulation will also serve to increase the international impact of projects and startups created in Spain. “The Startups Law is a unique opportunity to value the great technological advantage that we have in Spain”, Szpilka highlights, adding also that “this regulation will boost the impact of a network of more than 400 Spanish scaleups, which generate more than 670,000 jobs, bill 4,000 million euros and take the Spain Brand to more than 100 countries”.