The Spanish Association of Financial Technology was officially presented yesterday in Barcelona, in an effort to improve market conditions for local fintech startups. 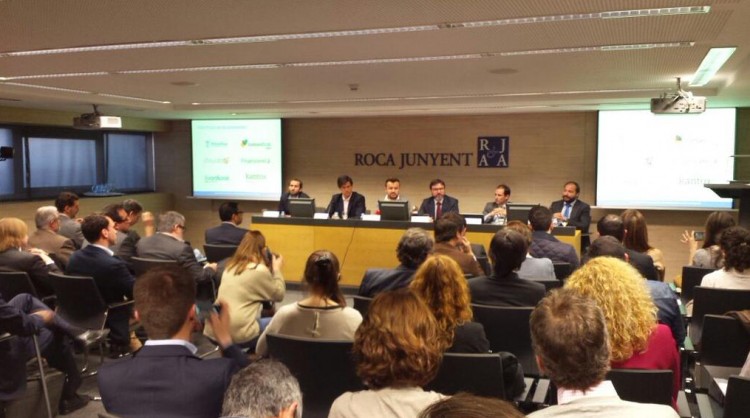 If you talk to Spanish fintech companies, a significant percentage would admit that at some point they’ve thought about registering their companies outside Spain. Even powerhouses like Kantox, who have close to 50 employees in Barcelona, are registered in the UK, which has a much bigger financial services industry and more favorable conditions for fintech startups that want to open shop there.

In order to improve and promote the fintech industry in Spain, a group of six companies (Kantox, LoanBook, Comunitae, Arboribus, Finanzarel y Deudae) have joined forces to try to pressure local legislators and to achieve better terms for their startups and those that might be founded in the future.

The Spanish Association of Financial Technology (SAFT) was officially presented yesterday in Barcelona, in an event led by Kantox CEO Philippe Gelis which also included the participation of law firm Roca Junyent and Spanish giant BBVA, one of the most forward thinking banks in the country who is, interestingly, also sponsoring the association.

The association’s main objective is to lobby the government and other public institutions to get more favorable conditions for fintech startups in a market that is dominated by traditional banks and companies that have been in business for decades. As Philippe Gelis told us, they “want to collaborate with public entities and with regulators to break growth barriers that can negatively affect fintech companies”.

As one can expect from such associations, the SAFT also plans to operate as a promotion mechanism for companies in the space and to “cooperate with traditional financial services companies”.

Although only six members are part of the association at the moment, we’ve been told more will be able to join in the near future.