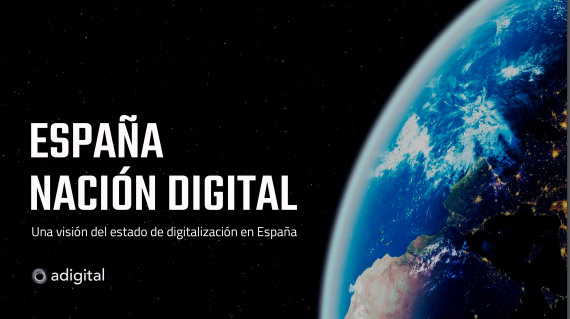 Spain does not occupy an important place among the group of leading countries in terms of digitalization, neither globally nor in its European context, according to the Secretary of State for Digital Advancement and the president of the Spanish Association of the Digital Economy. 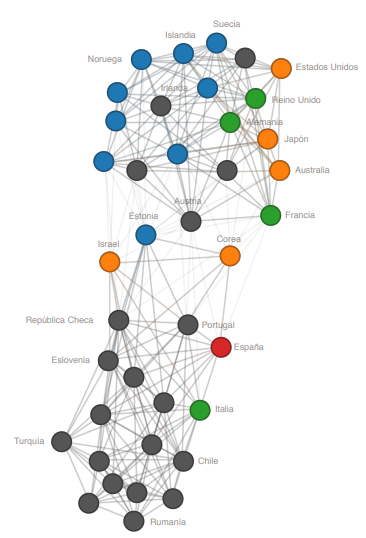 In an 80-page report by Adigital called “ESPAÑA NACIÓN DIGITAL: A vision of the state of digitalization in Spain,” Spain is lacking in both Europe and the world when it comes to digitalization, and this is affecting job opportunities and growth.

The report was presented by The Secretary of State for Digital Advancement, Francisco Polo, and the president of the Spanish Association of the Digital Economy (Adigital) Carina Szpilka.

Through the analysis of more than 80 key indicators, the report examines the leadership possibilities of Spain vis-à-vis other countries in the digital economy. It explores the main categories and the position of Spain in each of them, and here we highlight Adigital’s conclusions and recommendations for a digital Spain.

Analyzing all the indicators as a whole (both in terms of context and digitalization), Spain clearly belongs to the group of second-tier economies, far from the group of digital leaders (except Estonia) and the main European countries (except Italy).

As a first step, it is necessary to make an extra effort to reach the leading group, and, secondly, to be above the rest of the major European countries. 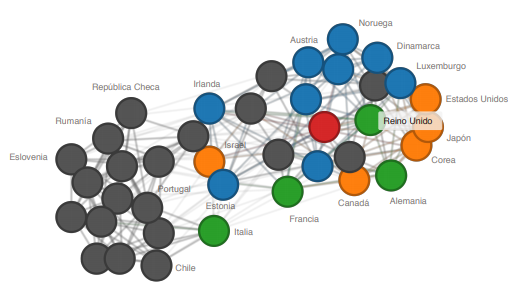 Considering the variables of Infrastructure and Use, two clusters of countries are clearly distinguished.

Spain is in the group of the most advanced economies, with greater similarities with the major European economies (except Italy) and with notable differences with the small European digital leaders.

The indicators most used in the field penalize Spain by not taking into account ultra-fast BA networks (e.g. FTTH), being necessary to build the right narrative and insist more in that regard. Other areas of work include: 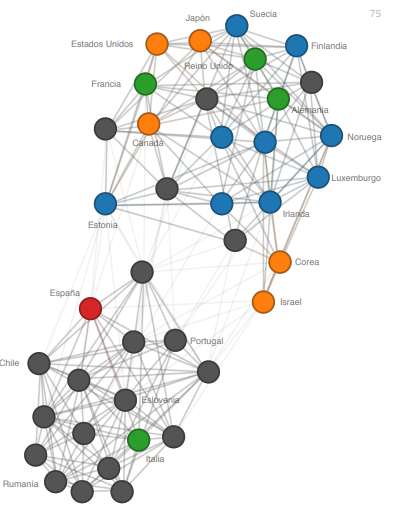 Considering the variables of Environment and Market, two clusters of countries are clearly distinguished: Spain is in the tail of the intermediate cluster, with better metrics than Italy, but far from the rest of the large countries of the region and European digital leaders.

Full development of the European Single Market, defragmentation of the Spanish internal market and elimination of barriers (regulations, training) to export and access to third markets. Other areas of work include: 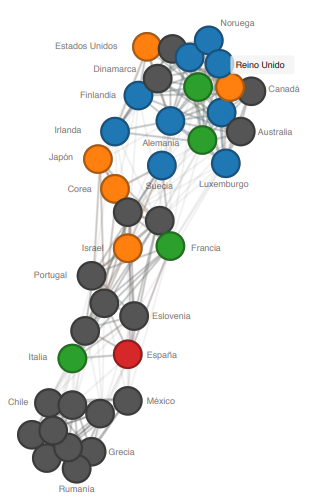 Considering the variables of Capacities and Talent, three clusters of countries are clearly distinguished: Spain is with Denmark in the intermediate cluster, with magnitudes similar to those of France and Italy, but well differentiated from the characteristics presented by European digital leaders.

There is a strong correlation between the degree of development of a country (for example, measured by its GDP per capita) and its level of digitalization, but even in the most advanced economies, the process of digitizing Spain’s economy is in its early stages.

Its impact on productivity and efficiency can be a fundamental factor in mitigating the negative impact of population aging in advanced economies, being a critical enabler for the development of knowledge-based societies and for transformation into information societies.