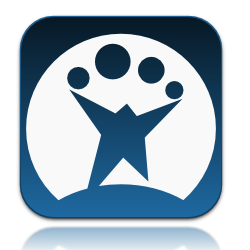 Softonic will soon fire 300 of its 450 employees. The day it internally announced the firing of half of its staff, the Barcelona-based company also announced that it had acquired a company.

Softonic’s business model collapsed over the past few months. As we noted in our article about the firing of 300 of its employees, the company’s financial figures increased significantly since 2010, peaking at €52.5 million in gross revenue in 2012.

However, things quickly changed and the company was losing money in recent quarters, with negative cash flow for various consecutive months. According to La Vanguardia this was caused by changes in Google’s algorithm that affected the ranking of search results. Other sources consulted by Novobrief point to Softonic’s lack of a strong mobile strategy, which is where most apps and software is being downloaded these days, as well as Google penalyzing the company for its SEO and malware practices.

Update: check Softonic’s official statement below for more details on its falling business.

Employees were informed of the company’s plans on October 15 via email. “Nobody exactly knows the causes of these sudden changes”, a Softonic employee has told Novobrief. “We don’t understand how in August the company’s executives were talking about hiring 120 to 140 people and now they are going to fire us”.

Here it is (emphasis ours):

“Softonic confirmed it will effectuate a collective dismissal process that will affect a significant number of people.

The company said that changing market conditions have had a considerable impact on the download desktop business and they have contributed to a steady decline in user traffic and revenues throughout the year. This decline has been compounded by the recent cancellation of important partner contracts.

This proposal is the result of a detailed process of cost analysis and evaluation of possible options to ensure the future viability of the company.

The company regrets its difficult decision but believes it’s necessary to ensure Softonic’s future. Softonic has notified all its employees of the intention to effectuate a collective dismissal. The employees will now elect an Employees’ Commission to represent their interests in negotiations with the company.

In agreement with the legal process, in November Softonic will present its restructuring proposal, including the number of employees to be affected and dismissal conditions, to the Employees’ Commission. This begins a 30-day consultation period during which time the company expects to reach an agreement.

The company will negotiate in good faith and do its best to reach an agreement with the Employees’ Commission. It will work to ensure that the process is thoughtful and respectful.”