On expanding their footprint in different ecosystems: the challenges that Wayra X faces in 2022 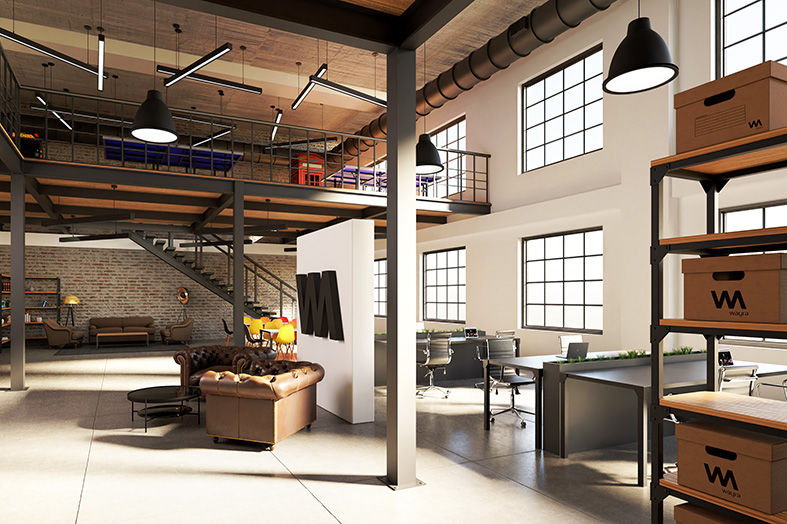 Talking to Luisa Rubio, Head of Wayra X, is to be in touch with a fresh perspective about the startup world. Wayra X was born at the end of 2020 with the mission of investing in B2C startups from around the world. It’s been a wild journey so far: they have built up a portfolio including the recommendations app Peoople, edtech platform Nannyfy, bill splitting app Suscrip, health and fitness streaming platform Krew, gaming capture software Gazoom, and Stack, a startup that has developed a smart browser for productivity.

Speaking about trends developing in the startup world, Luisa is frank. The metaverse is not something that excites her. “I have mixed feelings because I really like the idea of it. But something that I don’t like is that it seems that now every other entrepreneur is including the metaverse as part of their pitch”, comments Rubio.

“I think entrepreneurs need to be honest with themselves. If yesterday they were following one strategy because they truly believe in that, then they don’t have to switch all over their business just because Mark Zuckerberg decided to rebrand Facebook to Meta”.

On the other hand, she thinks that everything about fintech is going to be important in 2022. Referring to Wayra X B2C investments, she has seen a lot of cool startups developing innovative solutions related to personal finance. In a way, these initiatives can be defined as a new way to approach the banking system.

“The last investment opportunity we presented and was approved by our investment committee, it’s related to that. And hopefully, in 23 weeks’ time, we are going to be able to announce our new investment, which is in that field”, adds Rubio.

The challenges of Wayra X don’t seem to have changed much since the end of 2020. Their main goal is to execute investments outside of their footprint and to work with a decentralized portfolio.

“When we started to think about having entrepreneurs all over the world, we didn’t see the challenges related to that”, says Rubio. “But we have seen in 2021 that it’s not that easy”.

It’s a challenge, for sure. But it’s something that Wayra X and Luisa Rubio, at the same time, love, because thanks to that diversity, they are having interesting things happening between entrepreneurialism and the deep connections within their network. The only thing is that it requires an extra effort on their part, in order to achieve that.

Another factor she mentions is that when you are working for Telefonica in Spain or Latin America, in countries where they are a big player, a recognized brand, things can be different. People know about Telefonica, so they don’t have to to to explain how big they are and those types of things.

“But for example, the meeting I had just before ours with one accelerator in Hong Kong. They haven’t heard anything about Telefonica. So you always have to explain, demonstrate the value that a player like us could bring to one ecosystem. It’s not good or bad, it’s just simply different because there’s no reference”.

“We have gone through some years of spray and pray, right? We have been for years a country that was creating a lot of startups. And now we will start collecting the results of those startups”

Rubio says that when you are going to an ecosystem that it’s completely new for you, that nobody has heard previously about Wayra or Telefonica, you really need to put yourself outside and be super active, attending as many events as you can, trying to generate new connections, deliver tangible value quite quickly to demonstrate what you can do, the advantage you can offer. “And we were able to do it”, she says.

Throughout 2021, Wayra X was able to generate their own network in countries completely new for them. Thanks to that, they could execute investments outside of their footprint and identify potential investment paths in 2022. Because now their main goal is to build their portfolio and expand their footprint in other different ecosystems.

The new rules of the VC game

Recently Y Combinator announced that it was going to offer an extra 325K for its accelerator participants. This new deal has the capacity of changing the early-stage investment game. We had to ask Luisa if she thought this will be the case from now on.

“All accelerators are going to start doing something like that. I think so, and that’s because Y Combinator it’s the tier one, globally speaking, not only accelerators or incubators but, you know, also for seed and early-stage investment”, commented. She thinks that other players in the different ecosystems will be following in their footsteps.

At the same time, we have seen a relevant amount of money raised by Spanish startups.

“We have gone through some years of spray and pray, right? We have been for, I don’t know, six years, a country that was creating a lot of startups. And now we will start collecting the results of those startups created five, six, seven years ago that have the level of maturity that we need to have to create new unicorns and relevant startups”, adds Rubio. For her, the state of the ecosystem right now is part of a natural evolution.

5 Spanish startups that can become unicorns in 2022