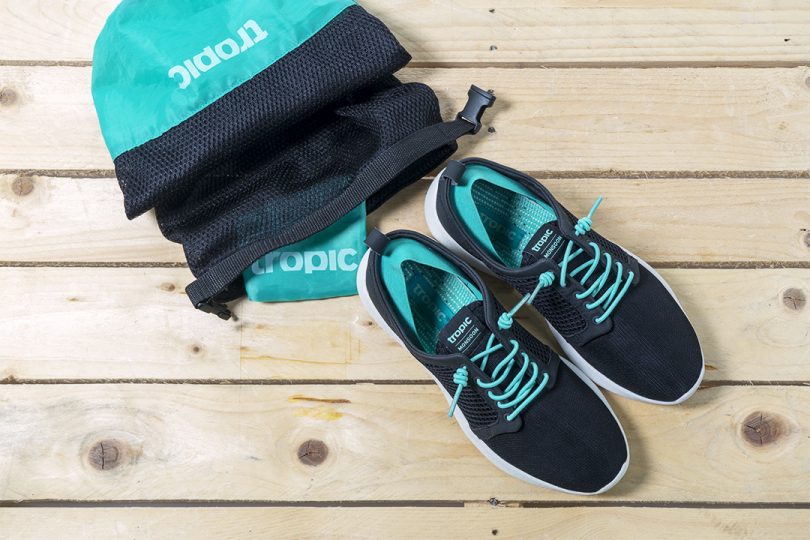 Tropic has now become the first Spanish company to exceed €2 million on Kickstarter, more than double the maximum obtained so far, El Referente reported on Friday.

Crushing a Kickstarter goal of €12,500 with €2,140,416, Spanish sneaker startup Tropic will look to begin shipping its latest line of versatile footwear in September.

CEO Alberto Espinós tells Novobrief that Tropic began another crowdfunding campaign yesterday, this time on Indiegogo, and it has already seen an extra €20,000 in pledges.

“Beyond the amount of money raised, which is outrageous, we are left with the number of people who have trusted us, and the traveling community that we have managed to create in just two months,” the Tropic team remarked via El Referente.

The Kickstarter campaign ended yesterday, June 14, 50 days after its launch. During this time, it sold over 35,000 pairs of sneakers in pre-orders.

Tropic became the largest crowdfunding campaign in the footwear category in the history of Kickstarter and is the most successful Spanish company on the platform.

Tropic’s sneakers provide the benefits of aqua shoes, the comfort of sport shoes, the technical outsole materials of hiking shoes, and the styling of your favorite daily pieces, according to their website.

The idea behind the 4-in-1 footwear came about after the CEO, who is an experienced traveler with more than 40 countries visited, discovered something on a trip to Thailand.

“After a trip to Thailand, a pair of sneakers destroyed and a hundred hours walked with our heavy backpack we came up with the idea of developing the most versatile footwear,” said Espinós in a statement.

Founded in Barcelona in 2016, Tropic is a Spanish startup focused on creating versatile pieces that could span our lives, allowing people to focus more on getting outside and less on packing the right gear.