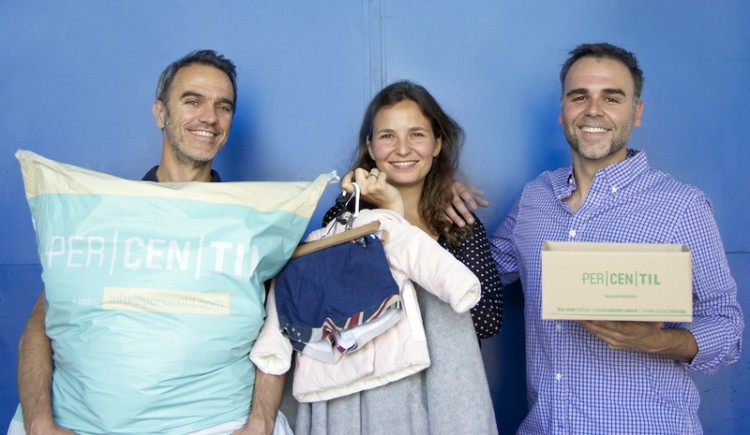 Percentil, the Madrid-based startup that specializes in helping mums and dads buy and sell pre-owned kids clothing, has acquired German startup Kirondo. Terms of the deal were not disclosed. TechCrunch mentions that it’s an all-stock deal, with very little or no cash involved.

Kirondo, the market leader in the space in Germany, had raised €1 million from various business angels.

Although Percentil was already operating in Germany, this deal represents a wider and more aggressive launch in the country, co-founder Daniel Bezares tells Novobrief. “We’ve acquired 100% of the company and we plan to keep both brands alive”, he says. “In the near future we’ll decide if it makes sense to unite everything around Percentil or to keep Kirondo’s brand”.

Daniel told us that Percentil had been in talks with Kirondo for more than a year, exploring the possibility of an agreement between both parties. Both companies operate in a very similar way, buying pre-owned clothes from parents to then sell them on their marketplace.

Daniel does admit that Percentil is currently bigger and “at a more advanced state” than Kirondo.

The company declined to disclose revenue numbers for 2014, but in a statement published in July 2014 it said that it had more than 60,000 garments in its store, 20,000 customers and it had helped parents save €12 million buying clothes while generating earnings of €700,000 for those in its marketplace.

With this move Percentil becomes the European leader in the space, with the objective of growing its presence in 2015 and 2016 not only geographically, but also by solidifying its expansion into women’s clothing.

“We keep growing at very good rates”, Daniel says. “We’re in a mature market but we still believe there are other areas to explore and to expand into”.

Percentil has 46 employees (36 in Madrid and 10 in Berlin) and to date has raised almost €2 million in funding, from Active Venture Partners (which led its Series A in July of last year), Cabiedes & Partners and business angels such as Yago Arbeloa (Hello Media Group), François Derbaix (Toprural, Soysuper) or César Oteiza (Idealista).