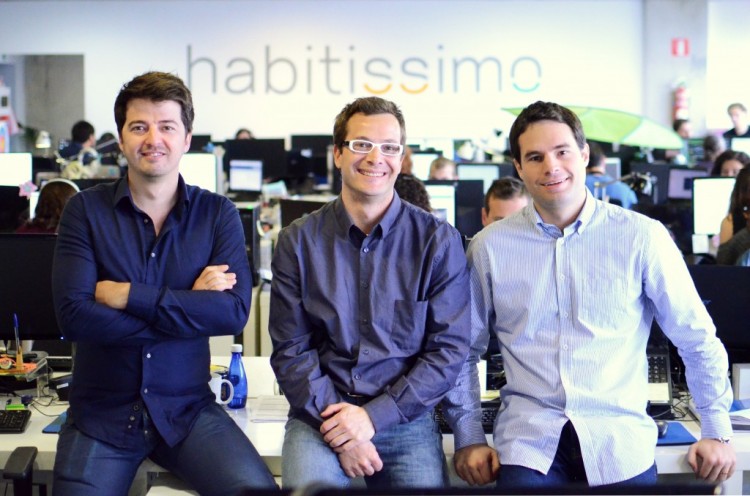 If you live in Spain, Italy or in any of the major Latin American countries, there’s a good chance that if you’ve had to hire a contractor, designer or architect for your house, you’ve relied on Habitissimo to do so.

The Palma de Mallorca-based company founded in 2009 has quietly become one of the biggest marketplaces for these kind of services, connecting pre-screened contractors and users who need someone to fix almost anything at their homes. “We are market leaders in Spain, Latam and in Italy we’re number two”, says its CEO and co-founder Jordi Ber in a conversation with Novobrief.

To find the origins of Habitissimo we have to go back 10 years. “In 2005 or 2006 I had to fix a few things at home and the person I hired did a terrible job”, Jordi explains. “After that experience I thought that there should be a better way of improving the system, of bringing more transparency to the sector and making life easier for both sides of the marketplace”.

The idea Ber had just had was put on hold for almost three years, while he worked on launching Construmatica under the Grupo Intercom umbrella and until he found Argentinian entrepreneur Martin Caleau, who would end up becoming CTO and co-founder of the company.

With a small team in place, in January of 2009 Habitissimo participated in SeedRocket’s second accelerator program in Barcelona and came victorious, pocketing a €20,000 investment and receiving the necessary support to launch the first version of the website in April of 2009.

A few months later Habitissimo raised more capital from Cabiedes & Partners. In total, the company has received about €550,000 from Cabiedes, Faraday, Mola.com and others. “I think we’ve been extremely capital efficient and we haven’t need much funding to grow and become market leaders in certain areas”, Ber explains. “Habitissimo has been an almost bootstrapped startup and from the very beginning we set on the idea of raising as little capital as possible, mostly to validate and achieve certain milestones”.

The last time the company raised capital was in 2012 and Ber says that they’re not planning on bringing more investors on board or increasing its coffers. Correctly, he points out that “there’s a lot of pressure in the industry to simply raise capital, as if that was the end goal of entrepreneurship, instead of building profitable companies. When you do that, your company becomes the investors’ business model, and we don’t want that to happen. We’d rather have clients than investors”.

Luis Martín Cabiedes, one of the early backers of Habitissimo, told Novobrief that “excellent companies make money and they reinvest it in their future”. “Habitissimo is a perfect example of this”, he added.

Ber, Caleau and the rest of the founding team own 70% of the company’s shares. Cabiedes owns about 20% and the rest is in the hands of other investors and business angels.

“There’s a lot of pressure in the industry to simply raise capital, as if that was the end goal of entrepreneurship, instead of building profitable companies”

Contrary to how most marketplaces operate, Habitissimo doesn’t charge a fee per booking arranged through its platform. Instead, contractors pay the company €10 per month to appear on the website and an additional fee each time they want to look at work requests from potential clients.

Jordi Ber says that the company has been profitable for more than three years and had revenue of €5 million in 2014, with an EBITDA margin of more than 50%. These numbers, Ber says, are set to increase in 2015 as the company expects to reach €8 million in revenue. “Our strategy is to reinvest as much as possible because we think there’s still a lot of room to grow”.

Spain represents 50% of the company’s business, with Brazil and Italy being the two other main markets. “The idea has always been to launch in markets where we believed we could become category leaders”, Ber says. “We believe that when you’re building a marketplace this is key. We need to have a winner takes all attitude”.

Habitissimo’s positive financial performance and growth has not gone unnoticed by potential acquirers. According to various sources, the company was almost sold a few weeks ago for 25 to 30 million euros, which would make Ber, Caleau and other members of the team millionaires and provide a significant financial return after more than 7 years of hard work.

, but these same sources claim that the deal fell through three days before it was set to close, with only a handful of signatures remaining. Schibsted t back-pedalled and the exit was never completed.

Asked about this, Ber said that the company doesn’t comment on rumours. “We’re constantly in conversations with potential investors and acquirers, we like to keep our doors open”, he added.

Given Habitissimo’s growth and strong financial position at both sides of the ocean, it seems as a given that an exit will eventually come. When or who will buy the company is a totally different question.

The story of Odilo, the Murcia-based startup that powers content lending systems for libraries and universities