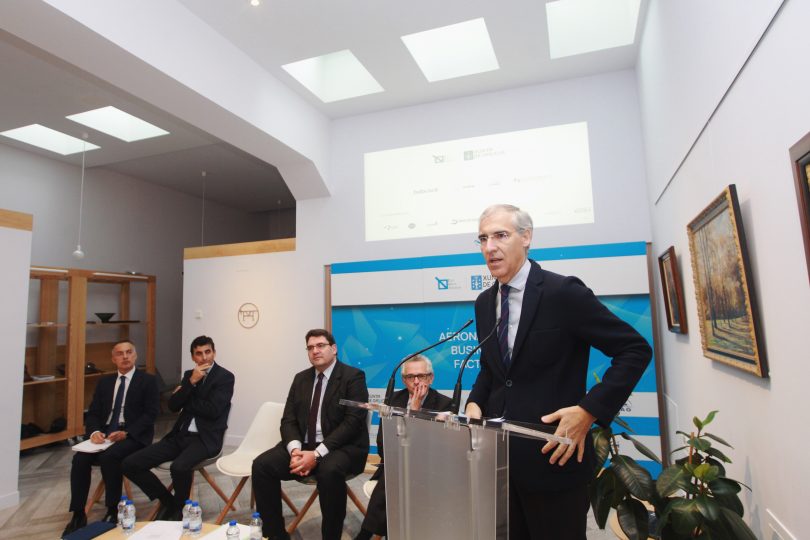 Xunta de Galicia Regional Minister for Economy, Employment and Industry Francisco Conde presents a new accelerator in the aeronautical sector, which will launch its first call in November. 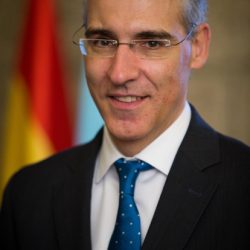 Conde explained that the implementation of the first accelerator in the aeronautical sector, together with the development of the Rozas aerospace center in the province of Lugo, shows that this is a sector that has great growth potential.

Galicia’s new accelerator will provide the largest investment per project in the aeronautical sector, not only in Spain, but throughout Europe.

Each edition will consist of several phases: an open call, the selection of projects, support to the selected companies in the incubation and acceleration phases, and follow-up on the investment.

The selected projects that reach the incubation phase will receive a grant from the Xunta de Galicia of up to €100,000  and will be able to access an investment in capital by Indra of between €50,000 and €500,000.

Likewise, companies participating in the acceleration phase may also access financing in the form of loans and capital investment. The initial forecast is to launch three calls that will mobilize at least €4.75 million until the end of the year 2021.

The accelerator will be developed at first in the Pazo de Feiras in Lugo and, later, it will be installed in the Centro de Emprendimiento and programmed in the old Hospital Xeral de Lugo.

Conde stressed that the public and private initiative can create an innovation ecosystem of added value and contribution to the strategic sectors of the Galician industry, for which he thanked the collaboration of Indra, Babcock, CTAG, the CEL Foundation and other entities that collaborated in this first edition that are supporting the Xunta de Galicia with this project.

In addition, according to Conde, the Galician aeronautics accelerator was born as an open and extensive initiative to other sectors related to high technology or knowledge centers, since it will make available to the entrepreneurs support services and advice, free work spaces, ICT media, technical consultancy and of business, complementary financing and access to the job market of the Civil UAVS Initiative for the selection of personnel and training.