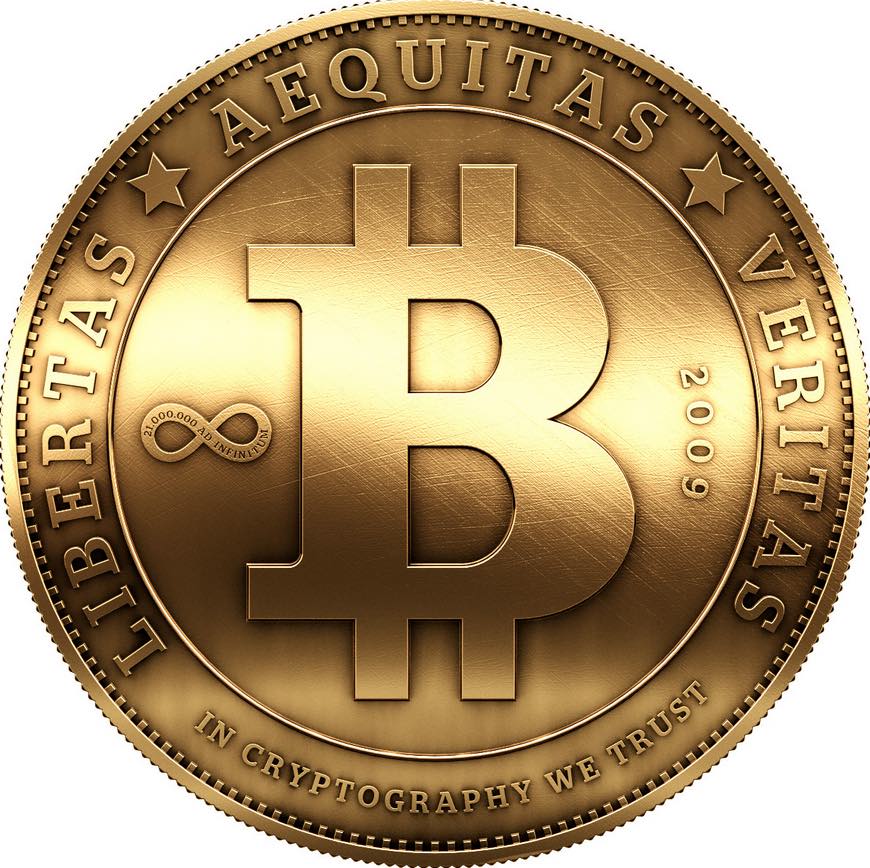 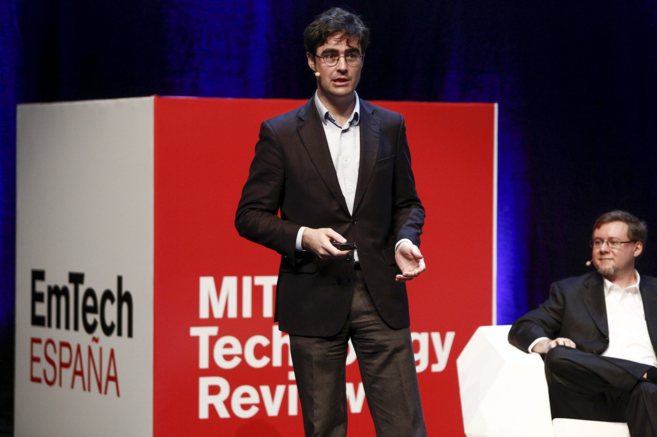 If you meet Felix Moreno de la Cova, there’s a good chance he’ll give you some bitcoin. You’ll need to download a bitcoin wallet to accept them, and that’s the point. The Spanish economist and foreign exchange trader says he has given away more of to digital currency than he currently owns.

“I like talking about it a lot, I like the idea of it a lot,” he said. “I’m not very heavily invested in bitcoin, believe it or not.”

So how did Moreno become a leading bitcoin expert in Europe? He said it all started with educational sessions he gave on how the digital currency works that got the attention of local media, and it snowballed.

“Bitcoin doesn’t belong to anyone, that’s one of the beauties of it,” he said. “A journalist comes around and wants to know about it, and they don’t know who to turn to. There’s nothing official.”

Moreno has used his connections and reputation to convince consumers, retailers, and even bankers in the country that bitcoin could work as a mainstream payment method, and his efforts are starting to have a noticeable impact. He has become the go-to guy for helping local bitcoin entrepreneurs in Spain make the connections they need for success.

The most notable is Coinffeine, a new type of secure online bitcoin exchange service that received funding from a major Spanish bank, Bankinter.

Among Moreno’s efforts, he mobilized a group of 15 volunteers to go door to door to form Madrid’s Bitcoin Boulevard, where 25 retailers on the city’s most posh shopping street now accept the cryptocurrency as a form of payment. The initiative lead more than 80 retailers around the city to join the bitcoin bandwagon — making it one of the most successful efforts of its kind worldwide.

“We don’t expect everyone to start buying everything in bitcoin, we just wanted to show that it is easy to use, and this is a testing ground,” Moreno said.

It is an impressive feat, considering much of the rest of the world still views bitcoin as a niche fad reserved for geeks, extreme libertarians, and Internet drug dealers.

Moreno is a frequent contributor to Bitcoin Magazine, is regularly interviewed on podcasts and videocasts on gold exchange web site GoldMoney.com, and makes appearances as a commentator on the international news channel, Russia Today.

Still, many of his followers know him only by his online moniker, Flix1, which he uses on Twitter and his frequent posts in Bitcoin forums. He acts as though he has no idea 42,000 people follow him on Twitter.

“That’s got to be some kind of spam,” he says, writing off his popularity among those who share his passion for alternative currencies.

Moreno’s behavior is in line with a tradition of modesty and mystery in the bitcoin community — which started with the founder of the technology.

Moreno himself struggles to balance being one of bitcoin’s strongest advocates, while at the same time avoiding any appearance of self-promotion. 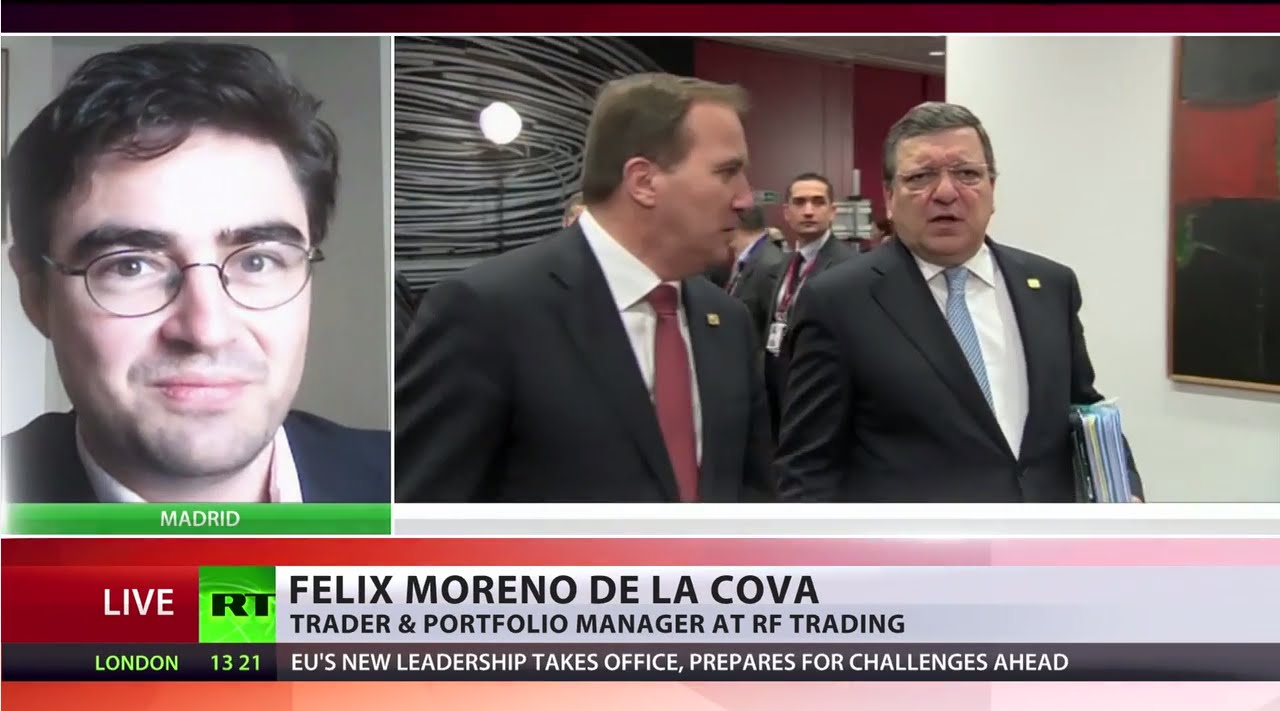 Moreno appearing as a commentator on Russia Today.

He shows no desire to talk about himself, or his family of prominent business and political leaders in his hometown of Seville. He won’t elaborate much on his top-notch British education that makes it easy to mistake him for an Englishman, or of his work as an investment portfolio manager – previously for a top Spanish brokerage, and now, for private clients.

But ask the 34-year-old what he thinks of the central banking system, financial markets, or the future of bitcoin and other cryptocurrencies, and he raises his eyebrows and gives an intense, thoughtful look that show you have his full attention.

“The current financial system, it’s a top down system. A few people control what the central banks do, and those few people orchestrate what private banks do. It’s a very interesting, archaic, authoritarian structure, which has repercussions,” he said.

“Bitcoin doesn’t belong to anyone, that’s one of the beauties of it.”– Felix Moreno de la Cova

He explains bitcoin as a breakthrough in computer science, and a liberation of money.

Its ledger system and peer-to-peer nature make bitcoin transfers more secure even than those made between banks, he says. He pointed to the crash of Lehman Brothers, noting that banks rely on one another for liquidity.

“When you think about it, banking is a huge mountain of counterparty risk,” he said. “The whole idea of eliminating that risk is very attractive to me.”

It’s a welcome concept in a country like Spain, which is emerging from a debt crisis that at one point spurred fears that the country would leave the eurozone.

With bitcoin, anyone can pay any amount to anyone else in the world with no authorization required. Unlike credit cards, there are no merchant fees of 2 or 3 percent, and little risk of fraud. The technology is also completely open source, meaning anyone can contribute to its code, or use it as a basis to create their own currency — creating true monetary democracy, in Moreno’s view.

Regarding the volatility of bitcoin’s value, Moreno says it doesn’t matter, and notes that it’s possible to lock the value to dollars.