Despite an outstanding year for startups, the Spanish Startup Law will take effect next year 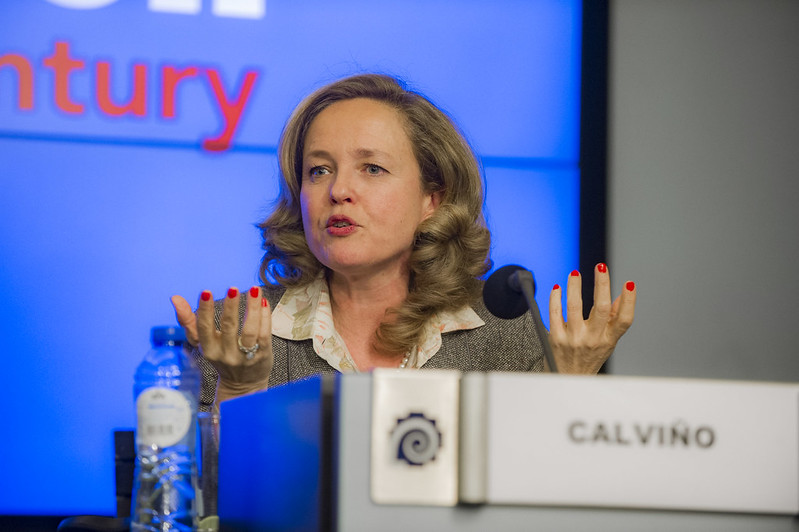 Spanish president Pedro Sánchez has expressed many times his enthusiasm towards the birth of more startups in the country. He wants Spain to be regarded in the world as the place to be when you talk about innovation and disruptive tech. “A nation of entrepreneurs for 2030” is the motto that the government is pushing.

Throughout this year, a new regulation named the Startup Law has been in the works to encourage and redevelop the post-pandemic Spanish economic ecosystem. The law was expected to have been brought to light before Christmas, but according to the recent statements of Prime Vice President and Minister of Economic Affairs Nadia Calviño, the Spanish startup ecosystem will have to wait for the first half of 2022.

The Startup Law has a long road to traverse before reaching the Council of Ministers next year. This journey includes the approval of the draft by five different ministries, plus public consultation. Expectations are high because 2021 has been an outstanding year for Spanish startups. According to the study “Vision of the startup ecosystem in Spain” by the Bankinter Innovation Foundation, investment in startups has risen above €3.5 billion and includes 366 operations. We are talking about a 240% rise compared to the pre-pandemic years. Just in the first half of 2021, Spanish startups raised €2.2 billion from Venture Capital funds, according to data from dealroom.com. That is twice the investment in 2020. Barcelona accounts for €1.3 billion of that total, and it is the city that attracts the most investment in Spain. The ranking “Tech cities of the Future 2020/2021”, published by the magazine fDI Intelligence, had included Barcelona in the 8th position and Madrid in the 11th as the most promising urban ecosystems in Europe to start a company back in 2020. Calviño and Sánchez want Spain to be foremost in investors’ minds when they think about innovation, disruptive technologies, and entrepreneurship. The law is an effort by the Spanish government in this direction.

The Startup Law, as the government is calling it, is a series of measures that aim to attract more investment and foreign companies to establish themselves in Spain. The idea is to provide tax incentives for the creation of more startups, as well as visas for entrepreneurs, digital nomads, and remote workers.

Back in February of this year, President Sánchez established the government body “Spain Entrepreneurial Nation”. Their function is to highlight 50 measures in terms of priority, investment, scale-up, talent, and the role of the public sector. The first draft of the Startup Law was presented in July 2021, following the announcement of the “Spain 10 Year Strategy Document”, published at the beginning of the year.

It’s interesting to highlight as benchmarks some other European initiatives that have been successful over the past few years. The United Kingdom, for example, released its “UK Digital Strategy” that, among other measures, promoted an extensive 5G net (€5.8 billion worth), in addition to making pension funds invest in startups. In continental Europe, Estonia released a governmental program called “Startup Estonia” in 2015, and it rapidly became a popular name for entrepreneurs. The program is popular for many reasons, including the price of an e-residency or a startup visa: only €290. And this is achieved just by basing the business in Estonia. By 2025 the Baltic country expects that the tech sector would represent 15% of the GDP.

The law considers a startup a company with less than 5 years in the market and less than €5 million of annual gross income.

Like the UK and Estonia, Spain is also aiming to boost certain economic activities. The main sectors that the government wants to impact represent 60% of Spanish GDP. These are health, mobility, tourism, culture, industry, biotechnology, agricultural, construction, energy, and finance.

Nevertheless, some voices in the ecosystem feel disillusioned by the Startup Law as it is right now. One polemic surrounds the definition of what is a startup and which conditions are needed to categorize something as innovative. Another debate is around the idea of not only helping to create more companies but also helping them grow.

The law considers a startup a company with less than 5 years in the market and less than €5 million of annual gross income. With this in mind, Job and Talent, a startup recently in the news for achieving unicorn status, was founded in 2009, making it ineligible for governmental aid under the Startup Law.

For the time being, until next year, different lobbies are asking Minister Calviño for edits in the final draft of the law. With the sector booming, it is in everybody’s best interest to have more unicorns “Made in Spain”.

Barkibu: the future of health pet care is in AI