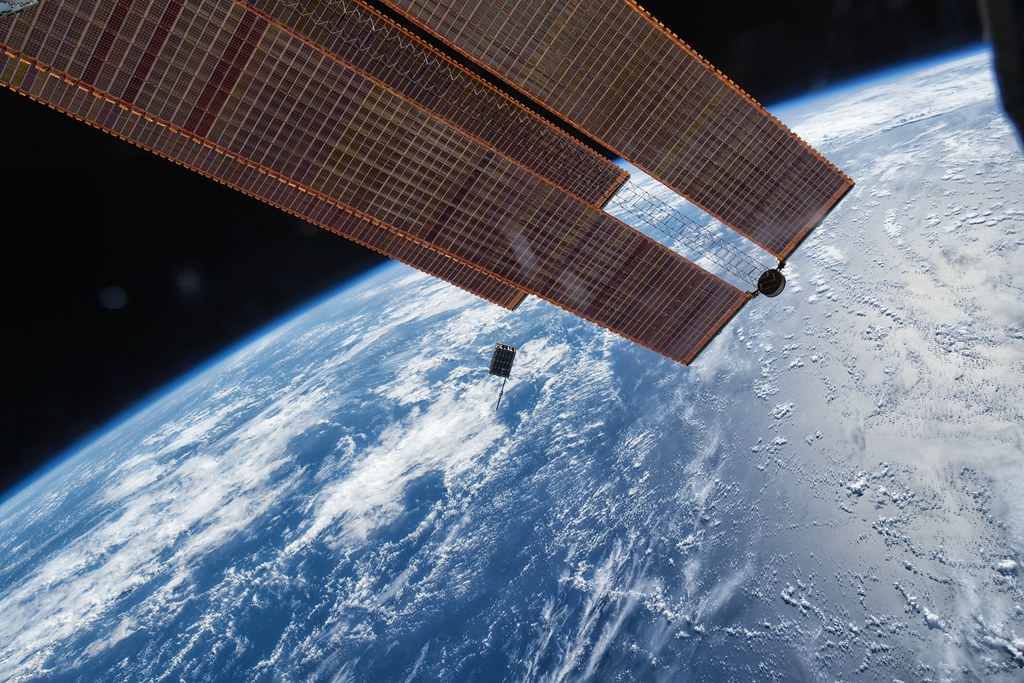 The NewSpace sector is defined by the Catalonian Institute of Space Studies (IEEC) as a new economy that begins with the democratization of access to space and the aerospace industry, using small and rapidly developing satellites. In other words, we are talking about nanosatellites, devices that weigh less than 10kg and have more or less the dimensions of a shoebox.

Nanosatellites represent 17,8% of the aerospace sector, a sector which made €807 million in 2020. A new set of digital services and a new economic growth era are developing in this field, and Catalonia wants to be one of its leaders. Earlier this year, David Ferrer, secretary of Digital Policies of the Catalonian government, said that getting into this sector right now it’s like getting into the internet business when it was beginning.

Considered an emergent activity, the NewSpace sector is being promoted by the regional government in Catalonia. They expect that it will create 1200 highly skilled jobs, €300 million in revenue, and at least 75 more companies and startups in less than five years. In 2020, Catalan NewSpace gave work to 379 professionals of varying skill levels. By 2025, it is expected that the number of employees linked to the sector will rise to 1755.

The annual gross income of the Catalan NewSpace sector was €143 million in 2020 and the expectation is that it will reach €539 million in 2025. In the last three years, the sector has registered 30 patents, 21 of those from startups, seven from companies, and 6 from technological or research centers. This data comes from the first study about the New Space ecosystem in Catalonia, by the Digital Policy and Territory department of the Catalan government and the Barcelona Chamber of Commerce.

Enxaneta, a CubeSat satellite, was successfully launched on March 22nd, 2021. It is the first nanosatellite that was sent to orbit from the Baikonur cosmodrome in Kazakhstan

The report, Ecosistema del sector NewSpace a Catalunya. Radiografia i variables socioeconòmiques was presented on December 17th in the context of the release of “Comunitat New Space”, part of the Digital Catalonia Alliance. The document pointed out that the sector in the region is formed by 93 entities: 48 companies, 17 startups and incubators, 16 technological centers or universities, 6 associations, and 6 professionals. The incoming aerospace technologies will positively impact other sectors as well: agriculture, Smart Cities, security, and emergencies. The key areas for this transformation are the Internet of Things (IoT) and Earth Observation. According to Morgan Stanley, Earth Observation is one of the 10 drivers of the New Space ecosystem. The other ones are Satellite Launch, Satellite Internet, Deep Space Exploration, Lunar Landing, Asteroid Mining, Space Debris, Space Tourism, Space Research, and Manufacturing. Catalans intend to compete with the big players In this upcoming new era of services.

Some of the most interesting New Space startups are based in Barcelona, the capital of Catalonia. These are Pangea Aerospace, Zero 2 Infinity, Sateliot, and Open Cosmos; all four have a common objective of democratizing and lowering costs to access space. The latter two startups, Sateliot and Open Cosmos, are already involved in the launching of the first two Catalan nanosatellites.

Dance of the nanosatellites

Back in October, the secretary of Digital Policies of the Catalan government David Ferrer announced an initiative to invest €7 million in the NewSpace strategy for 2022. The objective of the initiative is to create a constellation of Catalan satellites and to promote a Catalan aerospace industry, which will be supplemented by EU Next Generation European funds. The Catalan government considers it a key factor to develop an ecosystem supported by good talent and business sectors. The initial investment for the strategy for the 2021-2024 period is €18 million.

Several projects have come to life since the NewSpace strategy was launched in January 2021. For example, there is now the Catalonia Spaceport in the province of Lleida and the NanoSat Lab, with a ground station at the Astronomic Observatory of Montsec (OAdM) in Lleida, and a control center at the Technical University of Catalonia (UPC) in Barcelona.

Enxaneta, a CubeSat satellite, was successfully launched on March 22nd, 2021. It is the first nanosatellite that was sent to orbit from the Baikonur cosmodrome in Kazakhstan. Since then, it has been traversing Catalonia two times per day in its orbits around the globe. Enxaneta was built by the startup Sateliot, at a cost of €574.000. The main goals in using this satellite are to improve the connectivity of IoT services with 5G coverture and to monitor fauna and flora, river channels, meteorology, and agriculture in Catalonia.

According to the NewSpace strategy, a second satellite will be built by the startup Open Cosmos. They have already invested €1,7 million in its construction; the satellite is being built with the idea to obtain data for fighting climate change. The plan is to send it into orbit in 2022.

Shortly after the launch of Enxaneta, the Government approved €500.000 more for the IEEC and the i2CAT Foundation, with the objective of promoting their spatial agency and the New Space strategy. Part of this money is intended for a startup acceleration program and for improving the control of their satellites. The debate around this new sector and its challenges have been ongoing throughout 2021. But one thing is sure: there is an opportunity and Catalonia is going for it.

Proptech led funding in Spain in 2021: An outstanding year full of milestones