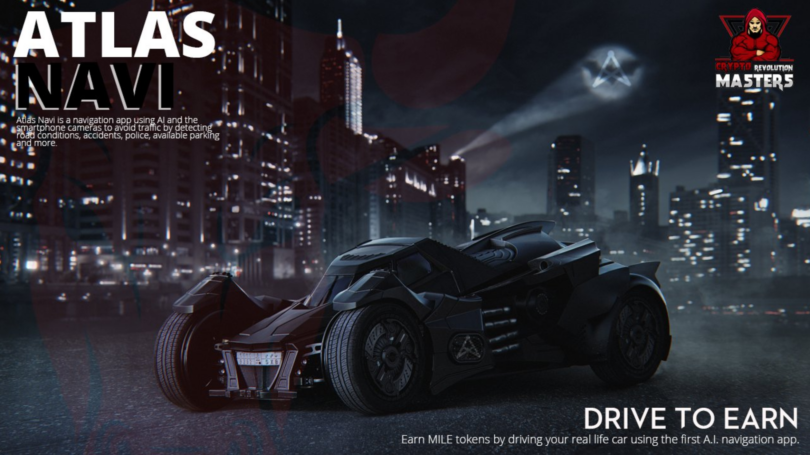 Europe has some pretty bad traffic. In cities like London –  where people are willing to shell out half a million quid on a parking space just to beat congestion charges – any edge that allows drivers a way to predict traffic conditions (and find a place to park already) can feel like an absolute godsend. This is why Atlas Navi wants to start paying drivers in the world’s biggest and most congested cities to share live-steamed photos of their journey with their novel AI algorithm. That’s right. There’s now a startup that wants to pay you to sit in traffic.

When they launched in July, Atlas Navi’s flagship navigation app was downloaded 75,000 people, with 65,000 drivers registering for the new service. What’s even more impressive is that Atlas Navi’s Foudner and CEO George Grama claims all he did to promote the app was was tell sixty people about it. I guess when word gets out about any way to make your commute less hellish, word tends to spread like wildfire.

So how did Grama accomplish a a crypto-currency level increase in users (124900%) from 60 initiates prior to the app’s launch? He made driving fun again.

“Nothing new has happened in the transportation app space in at least the last eight years,” Grama said in a recent press release. “We hope that by rewarding drivers for sharing the conditions they experience on the road and capture on their dash cams or smartphones we can make the world’s streets safer while helping commuters save hundreds of thousands of commuting hours per year.”

Atlas Navi works by using drivers’ smartphone cameras to analyze road conditions 25 times per second and alert other drivers of road conditions as they change. Through this method, Atlas Navi collects over a hundred times more data points per mile than competing apps, which is then used to identify and map events such as traffic accidents, police vehicles, and available street parking as they occur in real-time. Users can then choose to share this data and be rewarded for their participation.

The viral/wildfire aspect of Grama’s success boils down to the app’s activity-generated $MILE tokens. Users earn $MILEs for each mile they drive – and these tokens can then be cashed out for $NAVI cryptocurrency. $NAVI can then be sold for fiat currency on exchanges like Binance, or used in-app to purchase rarity-based 3D vehicle NFTs.

By creating a fun way to get car enthusiasts and everyday commuters involved in sharing road conditions, it seems likely that Atlas Navi’s quirky toolkit of computer vision, NFTs, cryptocurrency and AI will change the way we go from point A to point B – and hopefully cut down on the number of times we have to circle the block looking for parking spot when we get there.