South Summit today releases its Entrepreneurship Map showing that women make up 22% of Spanish startup founders in 2018, along with an overview of the Spanish startup ecosystem. 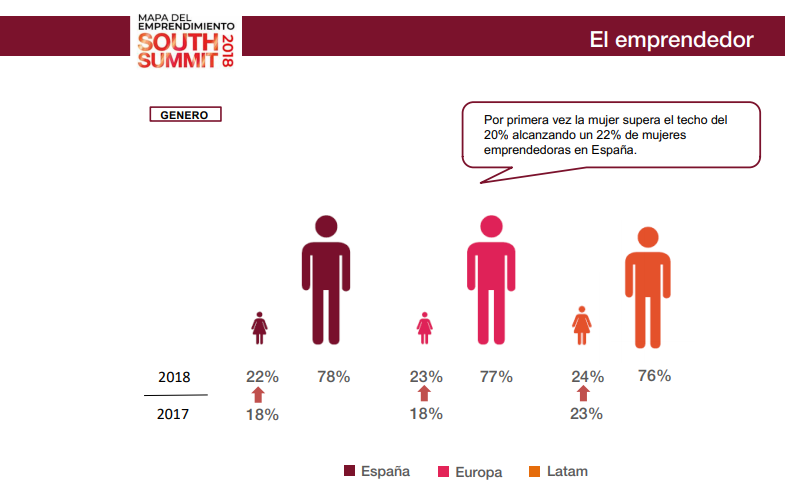 For the first time, the percentage of women founders of startups in Spain grows past 20%, which now stands at 22% compared to 18% in 2017.

In addition, startups led by women have a lower failure rate than men, 22% vs 51% of projects that have men at the front, and above all, women are more focused on entrepreneurship in the education sector.

“Demonstrating the real value and talent offered by Spanish startups, consolidating the open innovation model and strengthening the position of Spain as a global benchmark with a strategic position as a gateway to Europe and Latin America” will be some of the keys for which the Spanish entrepreneurial ecosystem has to fight for, said Marisol Menéndez, who is responsible for BBVA’s Open Innovation and Ecosystem Partner of South Summit 2018.

Profile of the Typical Spanish Entrepreneur 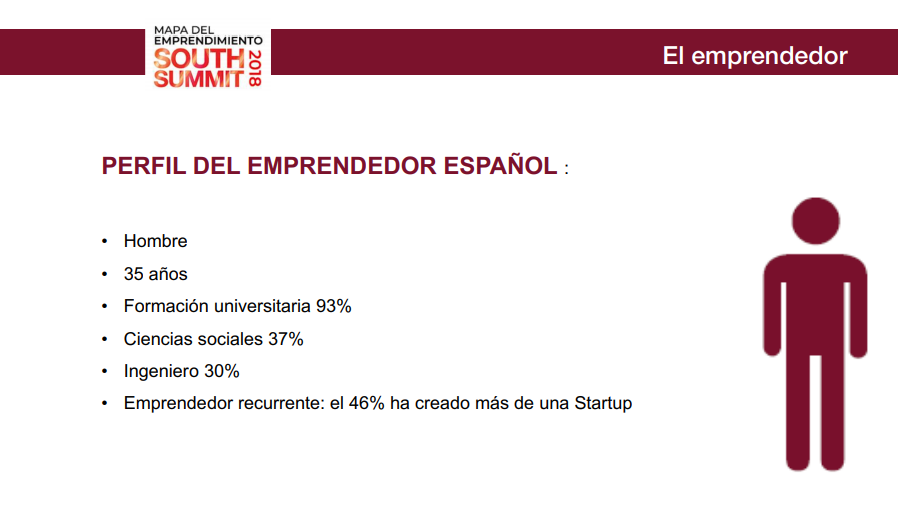 Only one in 10 Spanish entrepreneurs were previously unemployed, and six out of 10 admit that they always wanted create a startup while 23% joined a startup project in which they believed in.

Only 18% of startups have a single founder while 35% have two founders and 29% have been created by three entrepreneurs. 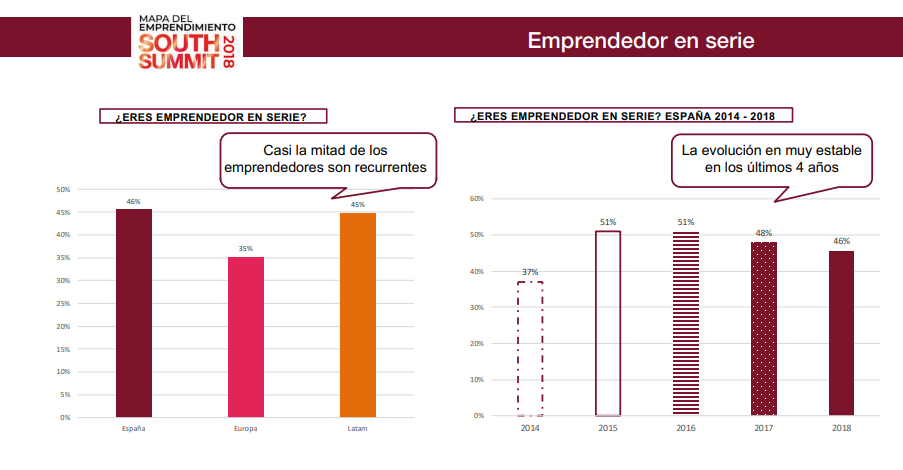 The 2018 Entrepreneurship Map sampled 1,252 startups out of the total of 3,200 projects submitted to the Startup Competition by South Summit Madrid 2018, including 52% of international initiatives and 48% of registered national projects.

Presented today in the City of Madrid, the Entrepreneurship Map 2018 shows that Spanish startups are growing with 66% surviving their first year and on average.

Spanish startups have also been consolidating in business issues, 17% have a positive Earnings Before Interests, Taxes, Depreciations and Amortizations (EBITDA), compared to 14% registered in 2017.

And, on the other hand, startups have also increased the number of hiring and have created more solid teams, with an average of seven professionals employed, compared to the six members observed in last year’s report. Also, in the short term, 83% of projects are looking for new members.

The level of development of Spanish projects is gradually growing, according to this report. And, although the majority are in the seed (33%) or early (39%) phases, 20% of Spanish startups have already reached the growth phase, with similar levels to the European and Latin American ecosystems.

Collaborations are important to Spanish startups with 80% of entrepreneurs having among their priority objectives to close business agreements with a corporation. The same percentage seek to generate visibility for their startups while 72% seek to achieve investment for the project.

For María Benjumea, Founder of Spain Startup-South Summit, “this trend shows that the open innovation model is settling in the Spanish ecosystem. Especially because of an increase in demand for rapid innovation in corporations.”