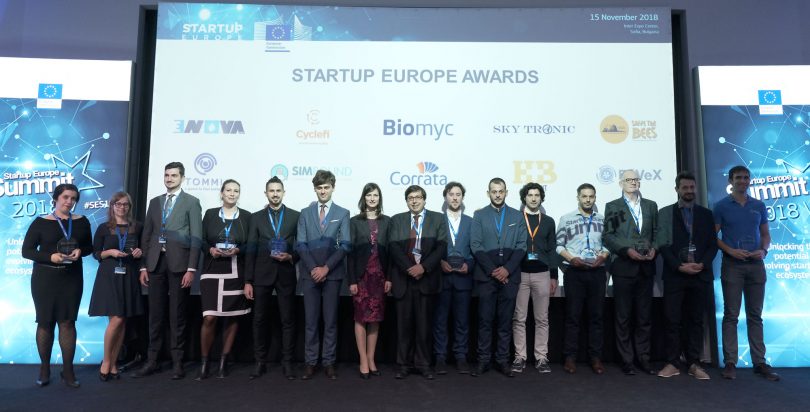 Four Spanish startups are recognized as the “best startups in Europe” across 18 different categories at the Startup Europe Awards held in Sofia, Bulgaria on November 16.

Spanish startups uncovercity, Eyesynth, Plactherm, and FuVeX have been awarded in the Startup Europe Awards given by the European Commission and the Finnova Foundation.

The four Spanish startups took home the best startup in Europe awards in the categories of Gastronomy, Social, Energy, and Space, respectively. 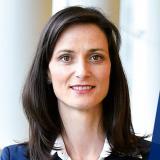 The awards ceremony was chaired by the European Commissioner for the Economy and Digital Society, Mariya Gabriel, during the Startup Europe Summit in Sofia, Bulgaria.

“The startups are motors for innovation, dynamism, growth, jobs and technological advances. Supporting them is in interest of our economies and our citizens who benefit from their stimulating energy,” said Gabriel.

At the ceremony, 14 other startups from all over Europe were recognized, and they have distinguished themselves in each of the categories of the “Eurovision for startups.”

The Startup Europe Awards present a methodology of awards at the local, regional, national and international level, promoting open innovation and collaboration between different European actors.

The director of the startup accelerator of Finnova, Juan Revuelta, has declared that these awards create “a network that allows to sensitize, inspire and make visible the local startups so that through this they can scale their services and products globally,” according to Efe Emprende.

The Valencian startup uncovercity, which makes gastronomic experiences possible with Cabify, has already been implemented in Madrid with a selection of restaurants and has been recognized as the best startup in Europe in the Gastronomy category.

The general director of uncovercity, Migue Gil Martí, has assured that this award “is a recognition that will allow us to open up to the European market and establish new alliances.”

Eyesynth, from Castellón, was chosen as the best startup in Europe in the Social category, as it provides assistive technology to partially or completely blind people.

Founder and CEO Antonio Quesada pointed out that the startup is working “to change the paradigm and offer a system of technological mobility never seen before.”

Madrid-based Plactherm, which has developed new heating methods through a radiant and intelligent floor system, has been chosen as the best startup in Europe in the Energy category.

The general director of Plactherm, Felipe Velasco, added that Plactherm has “the purpose of improving work environments, individualizing thermal comfort, consuming resources only where and when it was necessary.” Velasco has also recognized that thanks to these types of initiatives “allow for making known the innovation we are making in Europe.”

Navarra-based FuVeX, which aims to take drones to their next industrial step, long-haul flights, has been recognized as the best startup in Europe in the Space category.

The general director of FuVeX, Carlos Matilla, has stated that they are immersed in a “European project to integrate drones into airspace and help the development of regulation, preparing a round of investment and signing agreements with strategic partners.

The final ceremony of the StartUp Europe Awards initiative, promoted by the European Commission and the Finnova Foundation in collaboration with Startup Europe, took place in Sofia, Bulgaria, within the framework of the Startup Europe Summit. The Summit gathered more than 500 leaders from the European entrepreneurial ecosystem ranging from investors, CEOs, accelerators to European authorities and technological journalists.

The winners of the final of the European Startup Awards will gain greater visibility thanks to the Media Partner Alliance, made up of 25 media outlets, in which startups will have access to a mentoring program.

Through the startup accelerated program of the Finnova Foundation, the winners will be able to promote their projects and make them more viable internationally.

Twenty European Parliament members have participated in the awards as ambassadors, supporting local events with their presence and closely monitoring the progress of the startups.