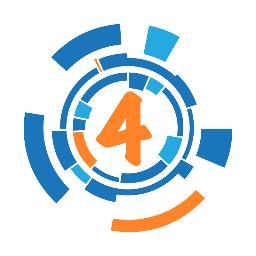 Ad network for kids, Ad4kids, has been acquired by London-based SuperAwesome. The company put itself up for sale in mid November and eventually found a buyer.

Last week we learned about the acquisition of Seville-based Ad4kids by SupwerAwesome, one of the leading kids ad platform in the world.

Founded by Enrique Contreras and Javier Angulo, the startup was the result of its founder’s efforts to build a mobile ad network for games. As Javier explains in this interview with Loogic, they soon saw that there was a lot of competition in the space and decided to focus on a different -and lucrative- niche: ads targeted at kids.

“We saw that there wasn’t a specific ad network for kids that would target ads towards this demographic”, Javier says. However, and after working with powerful brands such as Samsung, Disney or Crandy Cash, the company decided to put itself in the market and look for a buyer.

“We got to a point where we realized we hadn’t reached our objectives and we decided to put the company up for sale”, Javier tells Novobrief over the phone. They got in touch with previous clients of the company, put up a ‘on sale’ banner on the site and they eventually found a buyer, SuperAwesome.

Terms of the deal were not disclosed by any of the parties, and Javier says that SuperAwesome is buying the company’s tech, database and brand. None of Ad4kids employees will transfer to the London-based company.

Asked about why they didn’t achieve the objectives they had set at the beginning, Javier says that “you need a lot of resources (capital) to compete in this market, and as time went by, we saw that we needed a way out”.

Although various articles claim that Ad4kids participated in Conector’s second program, the startup is not visible on the accelerator’s website. Ad4kids.com is no longer available and currently redirects to SuperAwesome.

According to their LinkedIn profiles, both co-founders are currently working for other companies. Enrique Contreras as a web developer and consultant and Javier Angulo at Vittalia, a company founded by Axel Serena, who was precisely one of Ad4kids mentors at Conector.