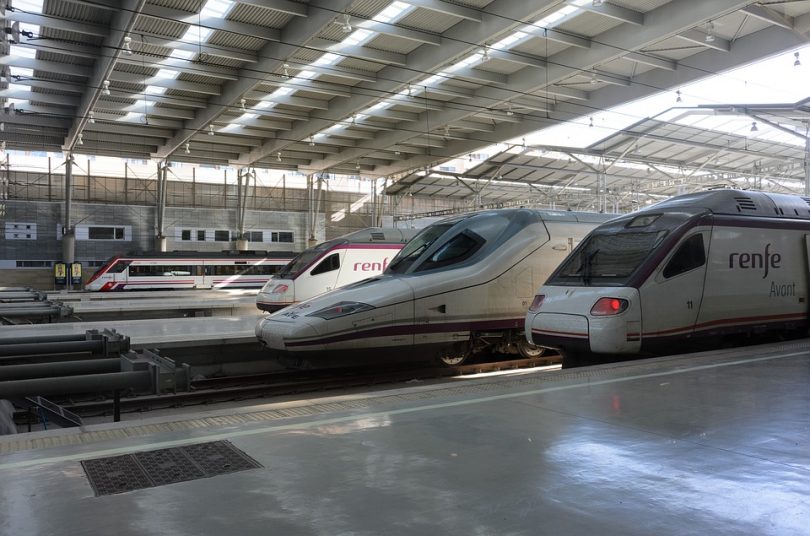 Tomorrow, Spain’s state-run railway company Renfe will announce the launch of a startup incubator and accelerator in collaboration with Telefónica’s Wayra and the Ministry of Development, Spanish media reported on Thursday.

Wayra will design and implement an incubator and accelerator for startups that offers value to the divisions and services of Renfe, which is chaired by the railway company’s new president, Isaías Táboas. The relationship between Renfe and the Wayra will be two years, according to El Pais CincoDias.

The incubator and accelerator will be part of a modernization process of the Ministry of Development in the transport sector and, specifically, the railroad. This initiative has been coordinated and directed by Francisco Javier Rodriguez, Innovation Manager at Renfe, who has been in charge of laying the foundations of the project, El Referente reported on Thursday.

The accelerator and incubator, which has yet to be officially named, will look for solutions in big data, mobility, and artificial intelligence, among other technologies.

Renfe plans to launch its initiative during the months of September and October with the opening of its first acceleration call, and it will promote 12 early stage startups with an open innovation model, which would imply the possible entry of Renfe into the capital of the startups.

While Spanish media did not immediately report where the new startup incubator and accelerator will be physically located, all signs point to Madrid.

El Español reported last year that “The company that wins the contest must have a physical space in Madrid with services capable of housing 25 positions equipped with complete equipment, which will be made available to the entrepreneurs selected by Renfe.”

It is expected that railway infrastructure manager, Adif, will also adhere to this Renfe initiative with the aim of boosting innovation in the operation of roads, stations, telecommunications services, and surveillance, among others. El Pais CincoDias sources affirm that contacts in this sense already exist between both companies and that they are in search of putting together an agreement.

In exchange for participating in the incubator and accelerator, entrepreneurs will receive a personalized plan to develop their ideas, access to capital, administrative and legal support, complementary training, and entry into an innovation network.

As a Renfe partner, Wayra will take care of the startup selection processes, setting up work spaces for entrepreneurs, and offer specialized mentoring.

In Spain the rise of corporate accelerators has reached the public sector in recent years. Some notable examples include Impulsa Visión by RTVE and CorreosLabs by Correos.

In recent years Renfe has uploaded technologies aboard high-speed trains, such as Wi-Fi, and has improved its sales platforms and customer service. The state-run railway company is also looking to foster alliances with other modes of transport and to monetize on-demand services for travelers.

The only thing that’s lacking now is an actual name for the incubator accelerator, the last stumbling block necessary to start the initiative.

What do you think they should name it?