Barcelona’s music, creativity and technology festival, Sonar, will celebrate its 25-year anniversary by beaming music toward a potentially habitable exoplanet with the aim of making contact with extraterrestrials.

To celebrate its 25th year Sonar has announced its Sonar Calling Project, GJ273b, in which a quarter of a century of musical exploration has been condensed and sent it into space, specifically to the exoplanet Luyten Star b, with the objective of making first human contact with an extraterrestrial intelligence.

When will the music arrive at its destination?

Since 1994, Sonar has been scanning Earth for the most advanced music on the planet, but this year it point its antennaes up to the heavens, and the celebration will take place in Barcelona from June 14-16, 2018.

The signals, which were sent over the course of October 16, 17, and 18 of this year should arrive at Luyten Star b in the Canis Minor constellation some 12.4 light years from Earth on November 3, 2030. 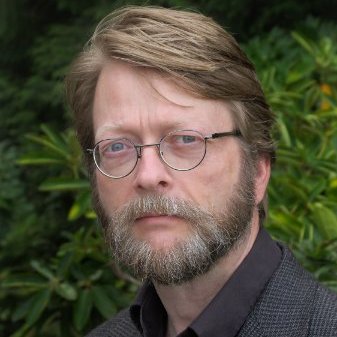 “Thanks to Sonar, and for the first time in the history of humanity, three transmissions have been sent to a specific and potentially habitable exoplanet CJ 273, circling a red dwarf called Luyten star just 12.4 light years from Earth,” said Doug Vakoch, President at METI.

The project involves 33 artists linked to the festival, from diverse musical origins and discourses. According to the Sonar Calling website:

“Sonar festival has selected 33 musicians or groups, with the criteria that they provide a complete and varied representation of Sonar’s 25-year lifecycle, and what it may become in the future. The criterion is in no way stylistic. The questions we have asked are: Who are the creators who have opened new musical pathways in recent years? Who do we think will do so in the years to come?”

You can check out the participating artists here.

What type of music is being sent?

In order to optimize the transmission via radio antenna, and considering the very slow data rate (only 500 bits per second, about 250 thousand times slower than a typical MP3), the musicians have to compose pieces lasting just 10 seconds and of very low digital sound quality.

The musical pieces were preceded by a brief “tutorial” that easily describes the digital coding of sound waves, using different frequencies and harmonics. This should allow an intelligent extraterrestrial species to “understand” and “listen” to this music.

How would ETs be able to decode what we are sending up?

According to the project team, “The message has been organized in several parts. Firstly a greeting is transmitted at the minimum cadence, and is purposely designed to attract the attention of any extra-terrestrials, indicating that it is not a natural radio signal created by an object or astronomical phenomenon. Next, some basic human information is transmitted: numbers, mathematical equations, physical concepts, etc. Subsequently a short musical tutorial is transmitted describing our method for digitally encoding sounds, which will allow for the ability to decipher and understand the last part of the message: music. The message concludes with a brief farewell, consisting of the initial greeting transmitted in reverse.”

Why Luyten star b?

According to Sonar, “The Luyten’s Star planet was chosen after assessing all available options. It is a relatively nearby and potentially habitable exoplanet, so the message should arrive in just over 12 years. In addition, Luyten’s Star is observable from the high terrestrial latitude occupied by the EISCAT antenna in Tromsø, which allows the transmission to be made from this location.”

According to Solstation, Luyten star b “has been selected as a ‘Tier 1’ target star for NASA’s optical Space Interferometry Mission (SIM) to detect a planet as small as three Earth-masses within two AUs of its host star (and so some summary system information and may still be available from the SIM Teams). The SIM project manager announced on November 8, 2010, however, that the mission was indefinitely postponed due to withdrawal of NASA funding.”

How can I attend?

Tickets to the festival are still available here.