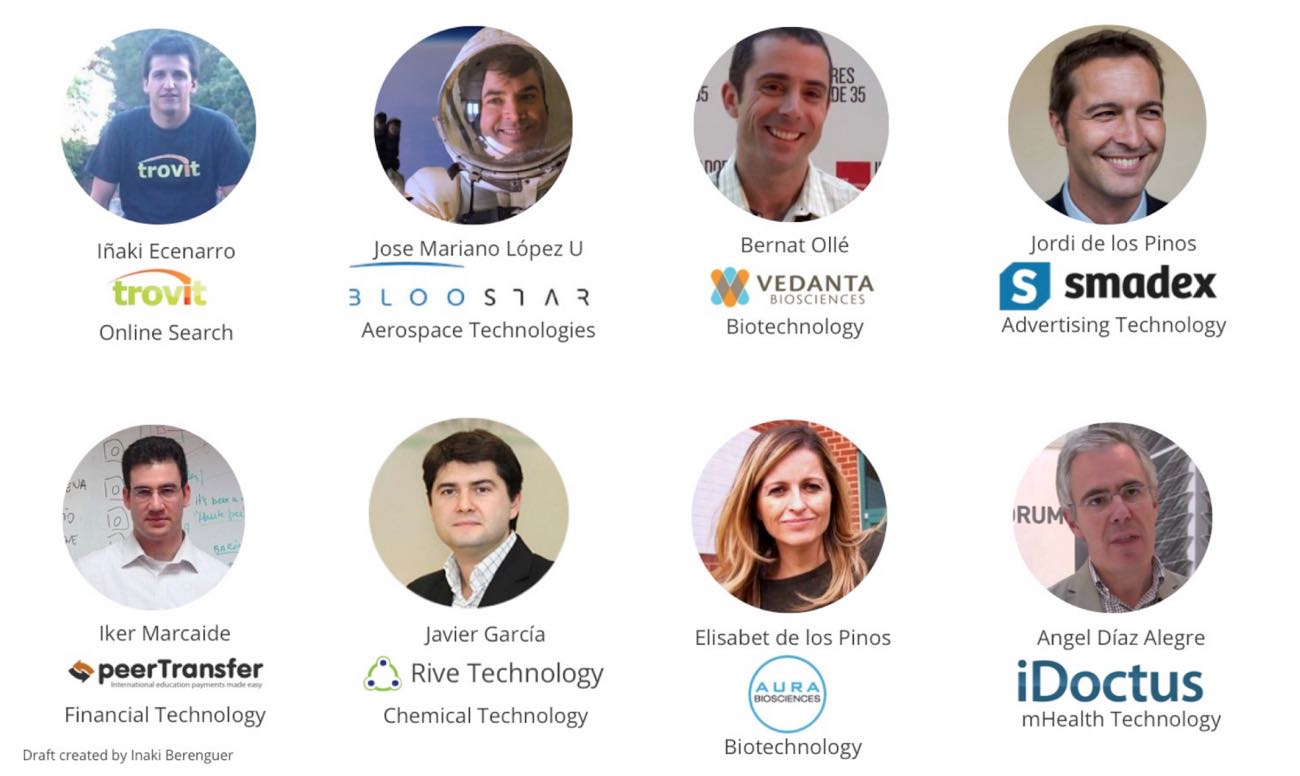 Example of the 8 Spanish entrepreneurs educated at MIT and global leaders in their fields.

This guest post was written by Iñaki Berenguer, currently the founder & CEO of CoverWallet. Prior to that, Iñaki founded and led Contactive and Pixable (both acquired), and worked at McKinsey, Microsoft and HP.

This summer, Nobel prize winner Paul Krugman published an article in the New York Times about the dominance of MIT trained economists in global policy positions. He gave as examples, apart from himself, Ben Bernanke, Mario Draghi, Olivier Blanchard or Maurice Obstfeld, Chief Economists of the IMF, European Central Bank, or Federal Reserve. More recently, a new ranking puts MIT as the top ranked university worldwide. And this very week, MIT published a study about the impact of the university in the creation of businesses, that in turn generate employment for 5 million people and enough income to be ranked as the 10th largest economy in the world in terms of GDP.

It’s very remarkable that a university that accepts only 1,100 students in its freshmen class has graduates with that level of impact. Not only in Economic Policies, but also with the global establishment, with individuals like Benjamin Netanyahu, Carly Fiorina, Kofi Annan, John S. Reed (President of Citigroup), or William Clay Ford (CEO of Ford), as well as in the creation of technology companies like Dropbox, Texas Instruments, Intel, HP, Analog Devices, Akamai, Qualcomm, Bose, Genentech and Koch, 80 Nobel prizes (Spain has only 8), and visionaries such as Sir Tim Berners Lee or Noam Chomsky. 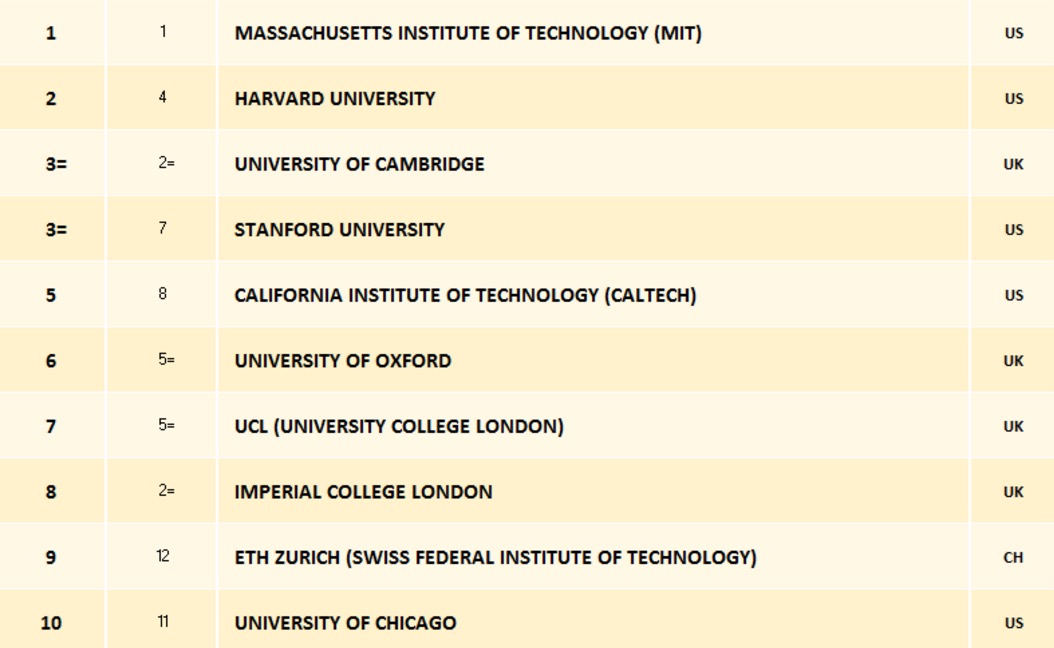 MIT and the Spanish startup ecosystem

But the really remarkable thing is the impact of MIT in Spain. For example, less than 10 students each year get accepted into MIT Sloan. Even so, this has an interminable representation in the Spanish establishment. Some of those who graduated MIT include Carlos Torres (President of BBVA), Rafael del Pino (President of Ferrovial), Tomás Pascual (President of Leche Pascual),  Matías Rodríguez Iniciarte (Vice Chairman of Santander Bank), Joaquin Moya (President of IBM Spain), Miguel Milano (President of Oracle Spain and Salesforce), Enrique Casanueva (President of JPMorgan Spain), Nuria Oliver (Scientific Director of Telefonica), Fernando Perez-Hickman (Chairman Sabadell Bank), or Maria Teresa Pulido (Board member of Bankinter), as well as a number of partners at McKinsey, BCG, Bain or ATKearney.

But I wanted to talk about the impact of MIT in Spain, and specifically, in the innovation and creation of startups with global impact. I’ve chosen 8 prominent examples of Spanish entrepreneurs educated at MIT (just like me) whose startups are worldwide referents in their fields:

In the last few years, many groups of Spanish tech innovators are emerging with global ambition (apart from the ones mentioned, there are many more like JobandTalent, Wallapop, Ticketbis, Typeform, CartoDB or AlienVault) that have become global referents in their industries, something that was unthinkable 10 years ago.

A decade ago, the path was to grow first in Spain and after a number of years, get out into the world, which in the majority of cases did not end up happening. This is changing and the representation of MIT for this type of global founders is really formidable.

What distinguishes MIT and what makes it so innovative? Its DNA and the entrepreneurial culture.

MIT was created almost two centuries ago with the motto “Mens et manus” (Mind and Hand) to give technological service to the needs of the industrial era. And as the world was changing at a dizzying speed, in recent years MIT has also transformed into an incubator of leaders in the digital era. Leaders that are prepared to face the challenges of modern society and take advantage of opportunities that this changing world presents with the support of new technologies.

“For innovation-driven startups, the ability to enter and potentially disrupt a market requires not only innovative ideas, but also productive workers to commercialize and execute those ideas”, Professor Ed Roberts.

The whole university breathes the passion to innovate, and its DNA, coupled with its capacity to bring together the most brilliant minds on the planet, becomes an explosive combination.

This, when added to an ecosystem of investors, advisors, professors that have founded companies, mentors, funding, coworking spaces, state-of-the-art research, a multitude of classes about entrepreneurship, offices of assistance for those starting out, labs of large technological companies (e.g., Microsoft, Google, Facebook, etc) located in the same campus, and daily networking opportunities, prepares you to create companies that change the world using new technologies.

On a personal note 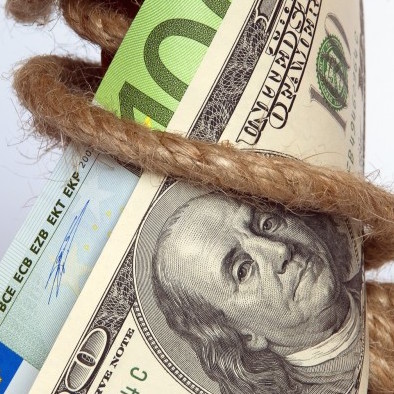 Tips for first-time entrepreneurs on the process of raising investment