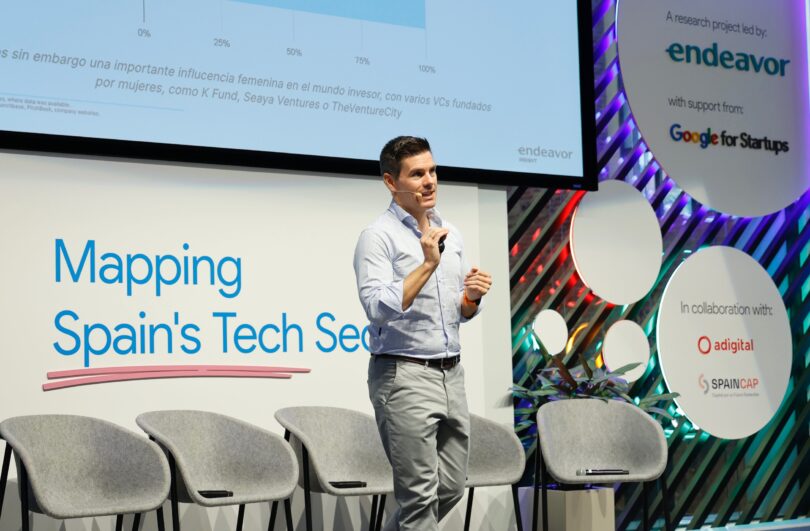 According to Mapping Spain’s Tech Sector Report, startups that have managed to scale are more resilient to economic downturns and are the engine for the creation of new companies. This is important because the tech entrepreneurial sector in Spain is one of the driving forces behind the country’s economic recovery. After the 2008 crisis, the number of new technology-based companies doubled, so much so that 75% of the companies that make up the sector today were founded after 2009.

More than a decade later, these companies are managing to close important financing rounds exceeding €10 billion since 2018. In addition, 11 companies have already reached unicorn status (Cabify, eDreams, Glovo, Wallbox, Idealista, Devo, Jobandtalent, Typeform, Travelperk, Wallapop and Fever), and it is expected that, by the end of 2023, the total number of Spanish unicorns will double.

This is not the only example of ecosystem growth in a period of recession that the report mentions. After the COVID-19 crisis, there was a further increase in the creation of technology-based companies. This has allowed, during 2021 alone, the volume of investment to quadruple compared to 2020, verging on €4.3 billion, the best figure in the historical series.

The most influential companies in the Spanish tech sector

The Mapping Spain’s Tech Sector report, prepared by Endeavor Insight with the support of Google for Startups and the collaboration of the Spanish Venture Capital and Private Equity association, SPAINCAP (formerly ASCRI), and Adigital, the Spanish Association of the Digital Economy, aims to provide information on the current state of the sector, assess its strengths and weaknesses and enable decision makers to better understand and support local technology entrepreneurship.

Thanks to this study we can also know which are the most influential companies in the technology sector in our country in recent years. This relevance is measured based on the interactions of its founders with other founders of technology-based companies in the ecosystem, in terms of mentoring, investment, and creation of new startups. The first place is held by Tuenti, created in 2006. Its importance in the sector is due to the number of companies that its founders have supported over the years, as well as the subsequent influence of these new generation companies. Next come OnTruck, Cabify, Consentio and, closing the top 5, Akamon. La Nevera Roja, Glovo and Idealista are other companies that are part of the ranking of the most influential technology-based companies in Spain.

“In the last 10 years, Spanish entrepreneurs have proven, not once, but twice that they are engines of economic growth. Startups support the Spanish economy by creating quality jobs, new opportunities, bringing innovation and solving the big problems facing society; they did it during the recession period, they have done it during a health and economic pandemic, and I am sure they will overcome any new challenge that comes their way,” says Sofía Benjumea, Head of Google for Startups, EMEA.

According to the analysis conducted in Mapping Spain’s Tech Sector, thanks to the connections between entrepreneurs, companies whose founders have received support from other tech entrepreneurs are more likely to grow successfully.

An example of this would be Cabify and Glovo. Both demonstrate the multiplier effect that a successful founder can have on the ecosystem, providing mentorship, investment and employment to people who end up creating their own company later on. In the case of Cabify, nearly 50 technology-based companies have been founded by former employees of the company, while in the case of Glovo there are more than 30, both within and outside our borders.