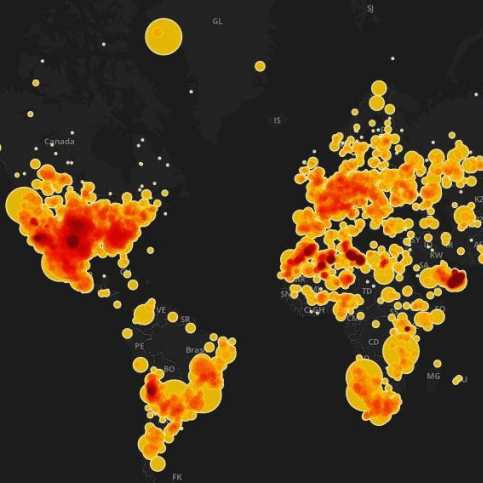 Madrid-based CartoDB has raised $8 million from Earlybird Venture Capital, Kibo Ventures and Vitamina K. The mapping company is one of the most promising software startups to come out of Spain in recent years.

Now we know why Ciaran O’Leary and Simon Schmincke came to Madrid at the beginning of July. Let’s be honest, you don’t come to Madrid in the middle of the summer unless you have something really important to do; otherwise you’d go to Barcelona, Mallorca or the beautiful and unknown Northern coast of Spain. But they did have an important reason to come to the city.

Yesterday we found out that the Berlin-based firm Earlybird Venture Capital is the lead investor in mapping startup CartoDB, one of the best software companies to come out of Spain in recent years. Earlybird VC and Spanish firms Kibo Ventures and Vitamina K have invested $8 million in the company, the first big round of financing for the Spanish startup which until recently was a growing bootstrapped business.

CartoDB was founded 5 years ago as Vizzuality by Sergio Leiva and Javier de la Torre and the launch of its main product, CartoDB, changed its future forever. The company has offices in Madrid, New York and Berlin, it employs more than 30 people and has more than 600 paying clients, including the likes of Twitter, Nokia, The Wall Street Journal, BBVA or the United Nations.

CartoDB in the news

A lot has been published about CartoDB in the past few days, so instead of reproducing what’s already out there I’ll link to the most interesting stories. Some say that they might end up becoming the biggest exit in Spanish history for a software company, and it’s hard to argue with that.

“People increasingly need these kind of tools to display their work, but also to find data to be inspired by and to inform their work,” the investor said.

As CEO Javier de la Torre told me, CartoDB sees the U.S. as a “commercialization market to get started” – more than 60 percent of its current revenue comes from there, so it wants to be closer to the action. “When we created our product, we knew the U.S. was a much more mature market for us to come and launch an innovation – an easier market to get started when you’re introducing new technology,” he said. However, 30 percent of the company’s revenue still comes from Europe, and CartoDB’s “biggest offices will remain in Madrid” for core engineering and so on. “We’re definitely staying in Europe,” he said.

The company uses a so-called freemium model, in which people can use a basic version of the software free, but must pay for premium services like uploading large data sets and keeping information private. (All data is publicly-accessible in the free version.)

“These are insights that people could never have seen before the data was placed on a map,” said Javier de la Torre, 35, who co-founded the company in 2009 and now splits his time between Madrid and New York. “We want to put the power of this type of data analysis in the hands of the people.”

Some of their competitors include Esri and Google Maps Engine (the B2B side of Google Maps). More distant competitors are Mapbox and Here (owned by Nokia). However, CartoDB’s pitch is that it wants to be stronger in dynamic or real time maps, and in visualisation. They also aim to expand what they describe as ‘storytelling’ their capabilities, which is effectively layering social network data and content over maps.