Although Netflix is probably the most famous online streaming service in the world, Barcelona-based Wuaki.tv is quickly expanding its service at a European level. To know more about the company we sat down with CTO Jordi Miró for a short interview. 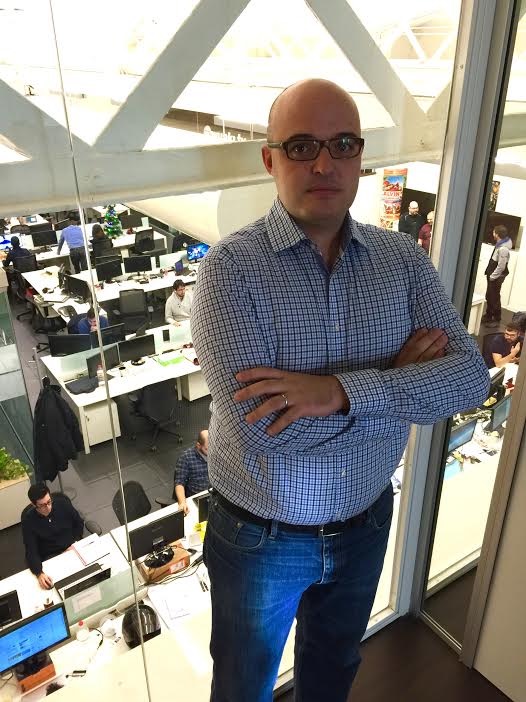 On-demand streaming service Wuaki announced at the end of 2014 that it had almost reached 2 million users (which isn’t exactly the same as customers or paid subscribers), signalling significant growth since its acquisition by Japanese ecommerce juggernaut Rakuten in 2012.

Although terms of the acquisition were never disclosed, Wuaki’s core team is still in place and it’s been quite aggressive in its international expansion (France, UK, Germany and Italy) over the past few months.

To know more about the company, how it’s changed since the acquisition and how it plans to compete with Netflix, HBO or Amazon Prime Movies, we sat down with CTO Jordi Miró for a short interview.

Two and a half years since the acquisition of Wuaki. How much has the company changed since then?

Undoubtedly Rakuten’s acquisition was a tipping point in our business development since it provided us with a financial strength and an international scoop that enabled us to compete head-to-head against the main industry players such as Netflix or Amazon. In this sense we have increased the seniority of the staff by hiring the best available professionals within the industry and, on top of this, we have also implemented new processes and mechanisms to smooth up the leap from a small startup to a multinational company.

France, UK, Germany, Italy and Spain. Is the international expansion over or is Wuaki going to continue expanding all over Europe?

From the outside it seems that Wuaki’s situation differs vastly from country to country. While in Spain there’s not much competition, in countries like the UK or Germany competition is much stronger. How are the company’s day to day operations affected by these differences in competition?

It’s a fact that the position we have in Spain –where we have attracted up to over 1,4 million users- give us a predominant role in terms of relationship with providers and rest of stakeholders. However, since we set a pan-european approach when reaching different deals across international markets, it enabled us to compete in similar conditions as our competitors and to get the best content available through the most suitable devices.

Obviously this feature in our international expansion allows us to stand out quickly within these crowded markets.

With the new LPI law it’s now riskier to download and distribute ilegal content in Spain. Do you think these laws will affect VOD services such as Wuaki?

Certainly any fight against piracy has a positive effect on a legal streaming service like Wuaki.tv. However, our position on this issue is pretty clear: our objective is to build a product better than the pirate one, so the user can easily see the advantages of using Wuaki.tv thanks to some enhanced features as usability, safety, browsing, etc.

I’m sure there will always be users that only focus on cost, but we’re sure that most of them would shift to a better position at the right price.

Piracy just reflects that users are demanding for some changes within the industry.

When consumers rate VOD services they always tend to complain that ‘the movies or shows available are not up to date’. How frustrating is it for Wuaki and other companies to not be able to show everything you’d like to?

It’s pretty frustrating indeed. People should know that we’re very limited by the distribution windows but this is something we’re pushing forward to change, but we are unable to do it without the support of the audience.

If instead of 1,4 million users we would have 14 million, I’m 100% sure that we would have enough arguments to lead the revolution of internet on TVs. This is why we need them to reverse the current landscape.

How do you see the European VOD landscape evolving over the coming years? With Amazon, Netflix, Wuaki, HBO and indie services like Filmin it seems like the market is already saturated.

I foresee a market with a few global players and some niche services as the ones you mentioned.

It seems as if the titles (movies and tv shows) available and pricing are the two clearest way to differentiate from one another. However, can differentiation be achieved in other ways the public might not pay attention to? Technology, customer service, etc.

We have recently implemented a new user interface in our app for smart TVs in order to achieve what you’re asking for. Wuaki.tv is really fond of its technology soul and the clear evidence is that 50% of our staff comes from this field. We care a lot about the product and the technology involved. In this regard, we have developed an app that improves the customer journey when browsing throughout the different service’s features.

This was a strategic project for us and it’s aligned with your statement about finding other ways to differentiate ourselves from the competition.

When it comes to Spain, a lot of people are talking about Netflix’s probable landing in Spain as a milestone for the sector/country. How do you see this possible scenario?

It’d be really exciting for all of the current players, since it will undoubtedly push up the number of users in Spain. I’m pretty sure that all players involved will benefit from it.