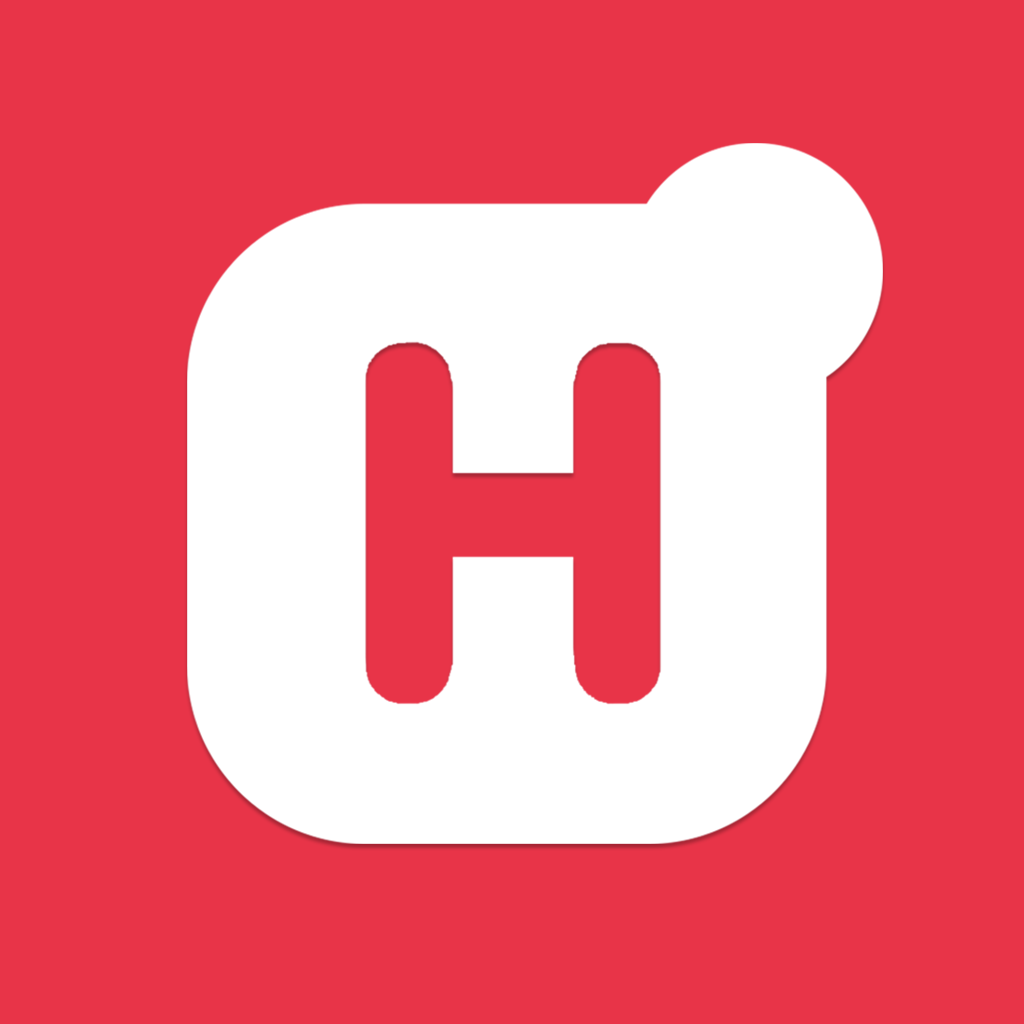 Hooks is a Spanish startup that aims to revolutionase the way people discover and consumer content through mobile notifications. 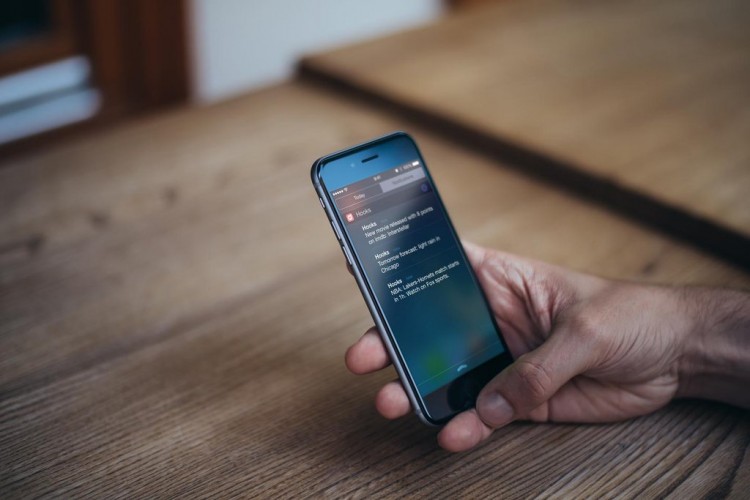 “Throughout the history of technology we’ve seen these transitional points where new platforms emerge that become the primary interface for user interaction. When you wake up in the morning, what you used to do was to go to a computer and use a browser to navigate the web. These days what you do is turn on your phone and access content through the apps that are in your home screen; a hierarchy of apps and field of icons.

Increasingly, the notifications screen, what is often described as an alert structure, is giving people a direct path into apps or specific things. This means that apps are reorganised based on time and not categories. For many, this is the first way in which they are touching content and services on their devices.

The mobile platform is still in a period of flux and there’s still room for change.”

John Borthwick, co-founder of Betaworks (Chartbeat, Giphy, bitly) and an investor in companies like IFTTT, Tweetdeck or Tumblr, has been quite obsessed over the past few months with one thing: notifications. As he explained in a recent Recode Decode episode (transcription above) and throughout a one-day conference exclusively focused on notifications, he clearly believes that these smartphone alerts are becoming a new interface for content and information consumption.

He’s not the only one to believe in this. Companies of different nature like Buzzfeed, Slack or Digg also consider that notifications are the next frontier. And so do Mark Zuckerberg and Facebook, which has resulted in the launch of Notify, an app that allows users to setup notifications for content they care about that will be pushed to their lock screens automatically.

Far from Silicon Valley or New York, in the small city of Alicante, José Luis Pérez González and Oleg Kozynenko started working on an idea in April of 2014 that also had notifications as its main pillar.

“We’d been working together for almost four years on our first startup, Guiomatic.com, and in April of last year we were starting to think about what to do next”, Josele, as most people call him, told Novobrief in an interview. “We both are geeks and have a technical background, so we already had set up lots of alerts on our phones to get notified when our servers didn’t work properly and also for other banal stuff like sports scores and things like that”.

Oleg and Josele showed these primary alert systems to their friends and colleagues and saw that they made sense. “Once we showed it to other people we realised we were onto something”, he says. “Wouldn’t it be great to get notified about the things you really care about and have complete control over what gets pushed to your phone?”.

They ran various surveys and tests with a bigger pool of users and asked them simple questions such as ‘what would you like to get notified on today? Baseball scores, an episode of your favourite tv show or something else’. “People understood the concept very quickly and had lots of suggestions”, he remembers. As a result of these experiments they decided to launch an early version of an app that included 20 types of notifications and test it with friends. “The reception was amazing”.

This was April 2014 and the first baby steps of Hooks Alerts. The final and first proper version of the app would be launched in March 2015.

“A very American type of product”

Hooks is an app for Android and iOS that allows any type of user to easily set up alerts to get notified about stuff that they care about, be it high scoring posts on Hacker News, NBA results, new interesting restaurants or new app reviews on the App Store. The user simply has to browse through the channels available and select the relevant data that they want to receive on a timely basis.

Think of IFTT (If This Then That) but with a mobile first mindset.

Hooks is the team’s first app ever -Oleg and Josele were joined by CTO Miguel Ángel Ortuño in September 2014- and one that has received lots of attention from the press, developers, users and also Apple, which has featured the app as ‘new best app’ on the App Store on multiple occasions.

Hooks is featured again as the Best New App by Apple! Get Hooks for #free now! https://t.co/d3PrDEOngs #startups pic.twitter.com/mNmvE3tyDj

“It’s a very American type of product and 70% of our users are based in the US”, Josele explains. “We knew from day one that we had to be more relevant in the US and that’s why we applied to various startup accelerators in the country”.

The first one they applied to was TechStars Chicago and in less than a month they’d been accepted.

“TechStars was great in many ways, but mostly to better understand what we were doing and what we were up to”, he says. “Product implications, who is it really targeted at, how are people going to use it, etc. These are relevant questions that we had yet to ask ourselves”.

Having finished the three month program, the team is now back in Alicante and planning to move to Madrid and grow its 5-person team after receiving financial support from business angel Yago Arbeloa and also TechStars. With no business model in place and no plans to focus on monetisation just yet, Josele says that they’re currently raising a new round of funding with both US and Spain-based investors. 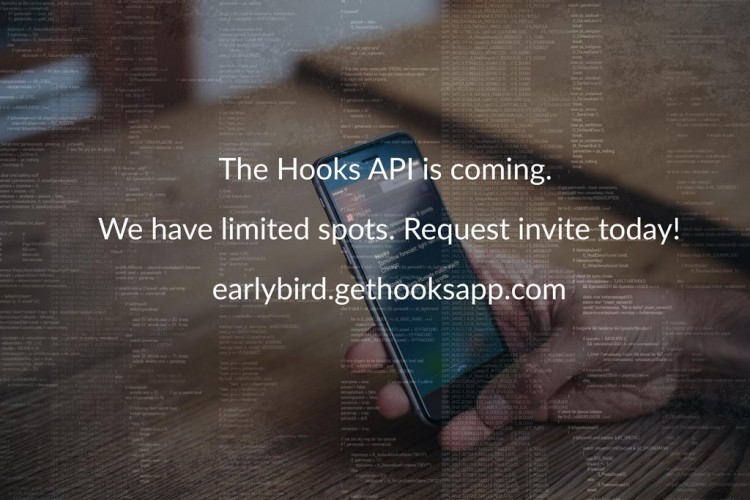 In less than 8 months the app has been downloaded 300,000 times on both Android and iOS and currently has 120,000 monthly active users. According to the startup, Hooks sends 1.2 million daily notifications to users (150 million in total since March) and these have set up more than 2 million alerts.

As for the future of Hooks, Josele says that they want to make the product “more social”. By this he means making it easier for users with similar interests to connect with each other and exchange information. “If I’m interested in the NBA and in Game of Thrones and you are too, why not allow you to connect and chat?”, he asks himself.

Besides these early efforts to build a community, the team is also focused on building and improving its developer API, which will allow developers and users to add custom channels to Hooks, notifications to Slack or integrate real-time content inside their apps.

“We believe we’re currently covering about 80% of use cases, but we can’t get to all of them and we believe getting support from the community is a better way to achieve this”, Josele explains. “We’re going to allow devs and normal, non-technical users, to add alerts to the system and to share them with their friends and contacts”. Hooks says that so far more than 500 alerts have been created through its API and more than 5,000 developers have registered to get access to it. “One of the reasons IFTTT was so successful has to do with their community of users, and we want to focus on that too”, he adds.

Hooks and the notification as a platform space has now been joined by Facebook, which Josele and the rest of the team consider positive in the short term. “It’s great news for us, because it will help transform notifications into a mainstream idea. The launch of Notify is something that we were looking forward to: it validates what we’ve been working on for more than a year and it gives us the opportunity to acquire even more users”, he concludes. “We’re really excited and we strongly believe that the importance of controlled notifications will only increase in the near future”.