Madrid-based cloud service multinational, Gigas, acquires Colombian cloud hosting company, Ability, which will provide the Spanish company with more than 75 customers and a datacenter in Bogotá.

According to El Referente, Gigas will pay in cash €1.36 million with €0.3 million in additional shares at a price of €6.34 each. This fixed part includes the assumption of debt amounting to €0.32 million. Taking the estimated sales of 2018, Gigas has acquired Ability at a multiple equivalent to 1.2 times its sales.

The transaction is structured by a fixed amount (mix of cash, Gigas shares, and assumption of financial debt) and another variable that will depend on the sales in 2018, 2019, and 2020.

The operation, which is the second acquisition for Gigas in just five months and the first in Latin America, has been carried out without the need to increase capital. It will be financed for the most part with available resources in the Gigas balance, coming from the convertible bonds issued in April of this year and subscribed by the Inveready Group. 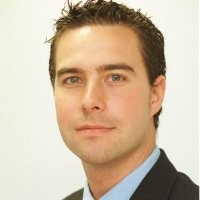 “This second operation in just five months allows us to accelerate the growth forecast for this financial year 2018, in addition to providing the company with a new regional base with a structure sized to support our Latin American operations,” said Gigas CEO Diego Cabezudo.

“We continue to evaluate new opportunities that can bring volume and value to the group,” he added.

By 2018, Ability is expected to reach an approximate turnover of €1.63 million, contributing with some €0.9 million to the consolidated figures of 2018.

Thus, assuming budget compliance in 2018, Gigas would reach a turnover of €10.2M this year (compared to €9.3M budgeted), of which Ability would contribute 8.8%.

Ability, which provides cloud hosting services to companies and specializes in hosting business management applications, will provide Gigas with more than 75 new business customers and a datacenter in Bogotá that is added to those that Gigas currently has in Madrid, Barcelona, ​​Miami and Santiago de Chile.

Gigas is a company created by Internet experts with the sole objective of offering all its clients the most powerful solutions for cloud hosting, in a simple, secure, reliable, scalable, efficient and profitable way, and always with the obsession of achieving a level of excellence in support and customer service.

Its mission is to accompany and help its clients in the adoption and optimization of cloud technology, a technology that represents a paradigm shift in the interpretation of IT by companies and users.

Founded in 2000 as the first provider of end-to-end business solutions for Latin America, Ability is headquartered in Bogotá and has offices throughout Latin America.

Read More: Cloud hosting company Gigas to IPO on the MAB to seize the Latam opportunity

“There’s a tremendous business opportunity in Latam,” said Cabezudo in an interview in 2015.

“We estimate that more than 30% of our income will come from Latam at the end of the year. It’s a market that’s definitely behind Europe or the USA, but that’s growing very rapidly and where there’s not a lot of competition,” the Gigas CEO said at the time.