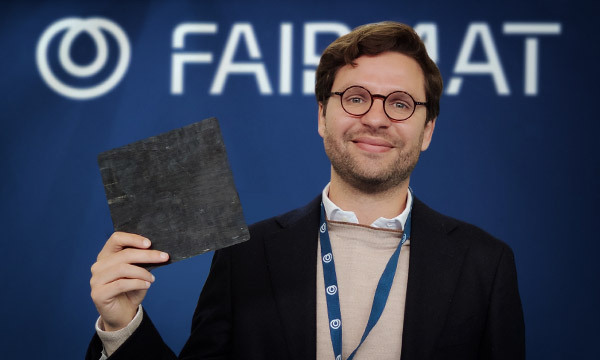 Fairmat, a French startup specializing in the recycling of carbon fiber compounds, announced its arrival in Spain. The deeptech company claims to have made possible the storage of more than 30% of the industry’s carbon fiber waste across Europe in its first year of operations.

Fairmat is betting on the carbon fiber composite (CFRP), which plays a fundamental role in the transition towards cleaner energy as it is used for hydrogen storage or the development of wind turbine blades, among other uses. Their arrival in the country comes right after the Spanish government has just announced its 74 million euros subsidy to four renewable hydrogen projects.

The main setback of this material is its high capacity for resistance and durability, making it difficult to recycle. As such, most carbon fiber waste ends up in landfills or is incinerated, emitting a large amount of CO2 into the atmosphere, estimated at more than 20,000 tons per year worldwide. Meanwhile, in Spain, the amount of waste from the industrial sector exceeds 30 million tons annually, with carbon fiber being one of its main compounds.

Fairmat’s tech solution claims it can help in the efficient recycling of advanced materials in an almost carbon-neutral way, allowing the startup to generate– at scale – top-quality materials at a competitive price. The materials can later be utilized for a broader range of industries.

In a press release, Benjamin Saada, Founder and CEO of Fairmat, expressed that “this project goes far beyond the treatment of industrial waste. It’s about creating a new ecosystem with our customers and partners, as natural resources are running out and we must be ready to move forward without them.”

The solution developed by the company cuts into pieces the industrial waste, instead of shredding it, guaranteeing that the material keeps its mechanical properties. This allows for a 70% recovery of its basic qualities while using very low energy and significantly reducing its CO2 footprint.

This process can be used in other sectors, like the construction industry, wind sector, automotion, or electronic consumption. For example, virgin carbon fiber is extremely expensive right now and its use is currently exclusively saved for precision applications. By democratizing access to a material that has 70% of the same qualities as carbon fiber and can be introduced in production processes, Fairmat is providing a solution that helps tackle this issue while also reducing production costs.

Tribaldata, the solution towards Ad Net Zero, raised €800K in its Seed round