Fever continues raising big amounts of capital. The event discovery startup has closed an $8.3 million Series A, following a $3 million seed round raised in 2014. 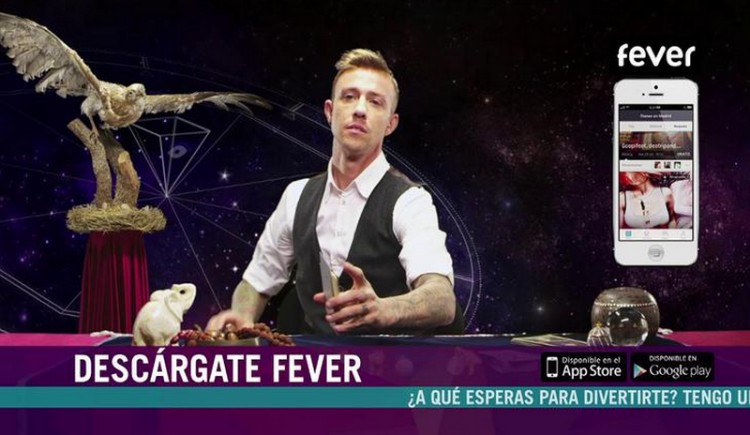 Fever, the event discovery app founded and led by Pep Gomez, has raised an $8.3 million round of funding. The investment was disclosed in an SEC filing in early April and lists Alejandro Zubillaga as an investor.

Zubillaga is a New York based former executive vice president of Warner Music Group and an investor, having backed more than 15 startups over the past few years. Prior to joining WMG he co-founded Lexa Partners and most recently SPA Ventures. Zubillaga also serves on the board of companies such as Lyst, Wahanda, CrowdSurge or Tango.

Fever had previously raised $3 million in seed capital in May of last year. The round was led by Flickr’s CEO Bernardo Hernández and included the participation of early Twitter investor Jeff Pulver, Gary Shainberg, professional football player Sergio Ramos and singer Alejandro Sanz.

Fever, as many other apps in recent times, positions itself as a recommendation engine for local events. These events are curated by a list of influencers and offered to users with special discounts. All payments take place inside the app and Fever charges a 15 to 25 per cent commission on each transaction. The startup also has partnerships with other brands and businesses who wish to promote themselves -and their events- in the app.

About a month ago I had a conversation with Fever’s head of expansion and he mentioned that the app has more than 1 million users and that it has been growing at a 40% monthly rate (“in all metrics”) for the past few quarters. At the time of raising its seed fund (May 2014), Fever claimed it had “been used” more than 500,000 times by nearly 45,000 active users. This time the company declined to provide more specific metrics, but we’re pretty sure those million users Fever has right now are not active.

Fever’s Google Play installs range from 500,000 to 1 million and other analytics tools claim that total downloads for iOS are also close to the million mark.

The app is available in five Spanish cities and in New York, where the startup also has an office. London is next in the list.

The story of Fever is an interesting one. To find its origins we have to go back a few years (2010 and 2011) and to the city of Barcelona, where the company got started as an app for the nightclub industry and consumers.

However, Fever’s first stint didn’t end well and the engineering team that 19 year old Pep had put together left. The app was never launched and Pep relocated to Madrid and started building a new team.

With the help of mentor Bernardo Hernandez, Fever poached well paid employees from other Madrid startups -mostly Tuenti- and launched the Fever we know today. However, through the process the company once again lost its technical team and key staff.

I’ve talked to various employees from both stages, and “internal chaos” is the most common argument as to why Fever has gone through tumultuous times in two occasions. “One day we’d come into the office and we’d be told that Fever would follow a model similar to Badoo. At the end of the week that goal would have changed to something like Ticketea or Tillate”, says a source who wishes to remain anonymous.

According to sources who were part of Fever’s team in Barcelona, the same happened back then, and “every few months we’d pivot, creating products that were very different from each other”.

Another source says that the common theme in Fever’s history is “a total lack of product vision” and that “a ton of capital and time has been wasted”. Weaknesses that could be understandable given Pep’s young age -he’s got a lot of experience in the startup world despite being just 21- but that are quite surprising given Fever’s list of investors and advisors.

What’s never been a problem for the 40-person startup has been raising capital, and this $8.3 million round will add more fuel to the fire.

We’ve reached out to Pep multiple times over the past few months and he’s never replied to our emails. Fever was also contacted prior to publishing this article. We’ll update it if we hear back from the company.