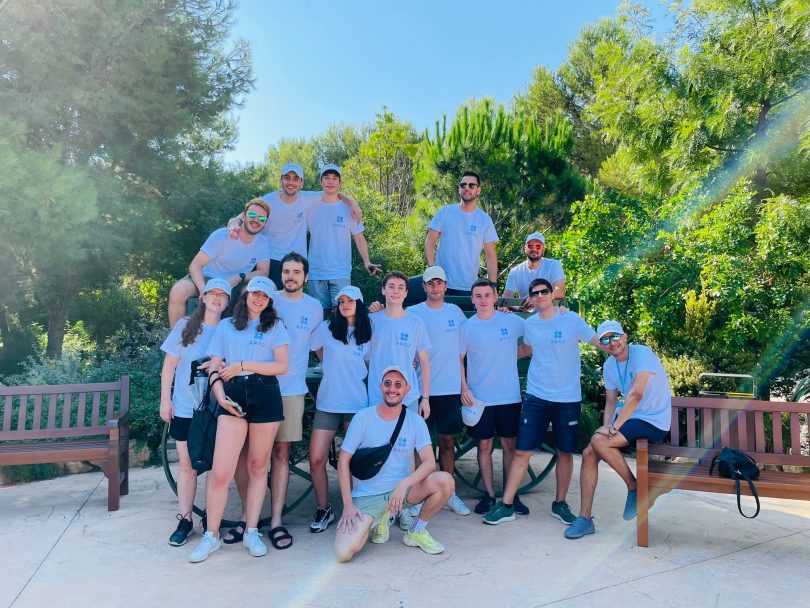 Autumn is looming with a “technical recession” in the eurozone, a situation that is of particular concern because of runaway inflation that may reduce the value of savings.

Is in that context that Rand, the neobank that was born as an alternative to provide Gen Z with the possibility of having the lifestyle they want, was recently approved by the Bank of Spain to operate as a cryptocurrency service provider. The announcement by the Spanish banking institution comes at a time when Rand is looking to change the distribution of money by creating economic opportunities for all.

For Zoomers (members of the so-called Gen Z) the ability to save is very important. This has been demonstrated by the latest figures from the Bank of America. They show that more than 50% consider discipline to be a fundamental issue in achieving financial success. In addition, 66% are actively saving for their personal goals and 58% feel optimistic about the future, despite the current problems in the economy and the world. Twenty-five percent also say they make saving for retirement a priority.

Rand is tapping into this new generation by seeking to empower the financial future of its users. It does so by driving a movement of new money through hyper-growth investment options, simple spend and send options and 70x more profitability than traditional banks.

Pol Martin, CEO of Rand, wanted to move with his group of friends to New York and, with that idea in mind, came up with the method by which now all young Spaniards can save and earn money.

Martin is 21 years old and started his first venture at 16 with an ecommerce business that he could not legally own as he was a minor. Since he was a child he liked finance and quickly learned the basics of the stock market. After working in a management company, he became interested in the world of crypto. Before long he was creating strategies to generate interest and always keep his investment secured with a market-neutral position. Rand started when Pol wanted to share with his friends the benefits of his profits.

The neobank offers two accounts. One is a linear savings account with a 7% APY and the other is a Prize Account. The latter achieves something no other bank can: pooling interest from all accounts and distributing it in prize forms. 25% of users always win. A prize of 500 euros is drawn once a week, and the amount will increase as Rand gets more users. Pol assures that in the next few years they hope to distribute 50,000 euros every week.

Users can choose the account that best suits them with the aim of saving 70 times faster than a traditional bank. Rand is a pioneer in this savings model. Despite distancing itself from the traditional financial system, they do not rule out advising banks to spread this new way of approaching savings.

It is important to emphasize that Rand does not buy crypto assets, so the savings in its digital wallet are not affected by fluctuations in cryptocurrency prices. Rand focuses on charging fees to players where they leave the capital. That is, they provide liquidity and charge commissions from the volume that is made.

Rand has partners such as GSR Markets in this area. Also, investors such as Wayra X, JME Ventures, Inveready, and Summer Kim, global head of Roblox, have seen revolutionary potential in Rand.

Kim notes, “My first meeting with Pol and Rand was love at first sight. The company was absolutely in tune with what the young generation of customers desperately needs. They don’t want another bank. They want something else that facilitates financial transactions and wealth accumulation, goes beyond individualization, and becomes more community-oriented, where its members can drive each other forward. I’ve been part of product and UX teams at some of the largest and most successful tech companies, and Pol and his team have impressed me deeply.”

Luisa Rubio, Director of Wayra X, notes, “It’s hard not to get excited about the potential of Rand, a neobank built from and for Generation Z, which will take the reins of the economy and innovation in no time. The ambition of Pol Martin’s team convinced us to invest in a proposal that has only one path and that is towards the expansion of a new movement and conception of money as a source to meet the goals of the new generations”.