Looking for a new frontier: why one of 24symbols’ co-founders has moved to New York 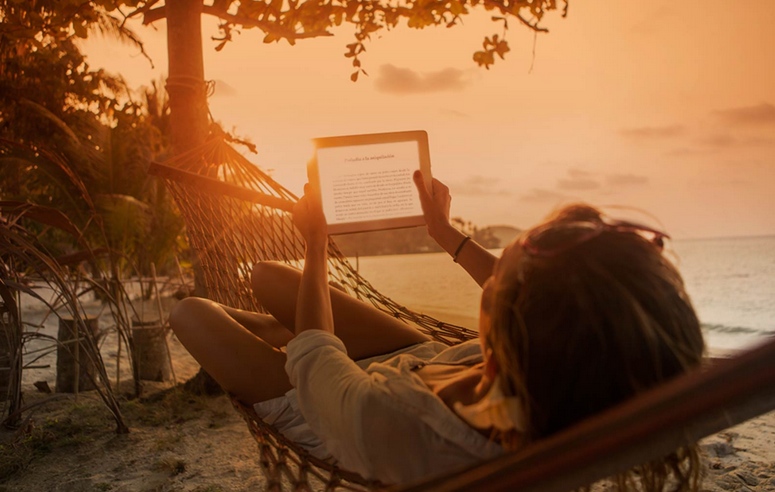 24symbols came out of beta in 2011, when the term ‘online subscription service’ was often associated to the likes of Spotify or Netflix, music and movies, but not to books. The company co-founded by Aitor Grandes, Ángel Luengo, David Sánchez and Justo Hidalgo offered the possibility of paying a monthly fee to access a wide variety of books to be consumed on computers, e-readers and tablets.

Back then they were alone in the sector, fighting to become the ‘Spotify or Netflix of books’. Since then times have really changed and 24symbols is no longer the only player in the market, as US-based Oyster Books and Scribd have joined the party with $15 and $40 million in funding, respectively. 24symbols, on the other hand, is competing head-to-head after having raised just €2.6 million since its founding.

The company has grown tremendously over the past few years and it now has more than 700,000 users (mostly in Europe and Latam) and 200,000 books in more than 8 languages from about 2,000 publishers. However, growing the number of users and the number of books is no longer enough and as Aitor recently told me, it’s time to start focusing more on (undisclosed) sales and revenues.

24symbols: packing its bags and moving to New York City

In order to grow Aitor has recently moved to New York City, where the biggest publishers in the US are headquartered. The company sees the US as their next target market, and one that could put them over the top. “Having a big English catalog is key, because it’s in the US and UK where users are most willing to pay for content, especially books”.

24symbols’ international expansion plans started off with an agreement with ZED, a multiplatform digital entertainment company based in Madrid that bought 32% of 24symbols in May 2013, valuing the startup at €6.2 million. Few months later, Russian Alfa Group bought 31% of Zed and in February 2014 24symbols launched in Russia with the help of Beeline, one of the biggest telcos in the country. A strategy (closing partnerships with international telcos), that the company will follow in other key markets.

“Telcos are a great distribution channel for digital services”, Aitor tells me. “I wish the whole process of reaching agreements with them and launching would be faster, but they are not a startup and this kind of deals with big companies take longer than usual.”

Does this mean that Aitor wouldn’t recommend this expansion strategy to other local startups? Not all. “What I would tell other startups that are considering agreements with telcos is that they find a partner (in our case Zed) with distribution experience, because doing it directly with the telcos at a global scale is expensive and very time consuming”, he admits.

Via these agreements 24symbols is now live in a total of four markets and the company expects to launch in five more before the end of the year.

Aitor and one more member of 24symbols are the only people currently in New York, while the rest of the team continues to be based in Madrid. His wife and kids are still in Spain but if everything goes well they will join him in the Big Apple soon.

Interestingly, 24symbols’ future was not the only thing that made Aitor start over in a different country. “I needed some fresh air. In Spain the current attitude is quite negative”, he says. “I was just in Madrid for South Summit and whenever I turned the TV on I found myself in what seemed like a country-wide comedy or reality show.”

“There are a ton of things going on in the country that are trying to keep people away from reality, which is that Spain does not have a strategic plan”, he continues. “We don’t know what people are going to be doing in the future.”

As negative as this sounds, he thinks there is a way out. “The country should be focusing as much as possible on the digital economy. Spain has a great advantage when it comes to talent -and its cost- compared to other parts of the world, and we should use that as our engine of growth”.

Startups in Spain, and the country as a whole, are starting to wake up. Let’s just hope that many are able to reach global success and plant the seeds for upcoming startups and entrepreneurs.

House cleaning startups in Spain: Will they be able to beat the booming Spanish black market?